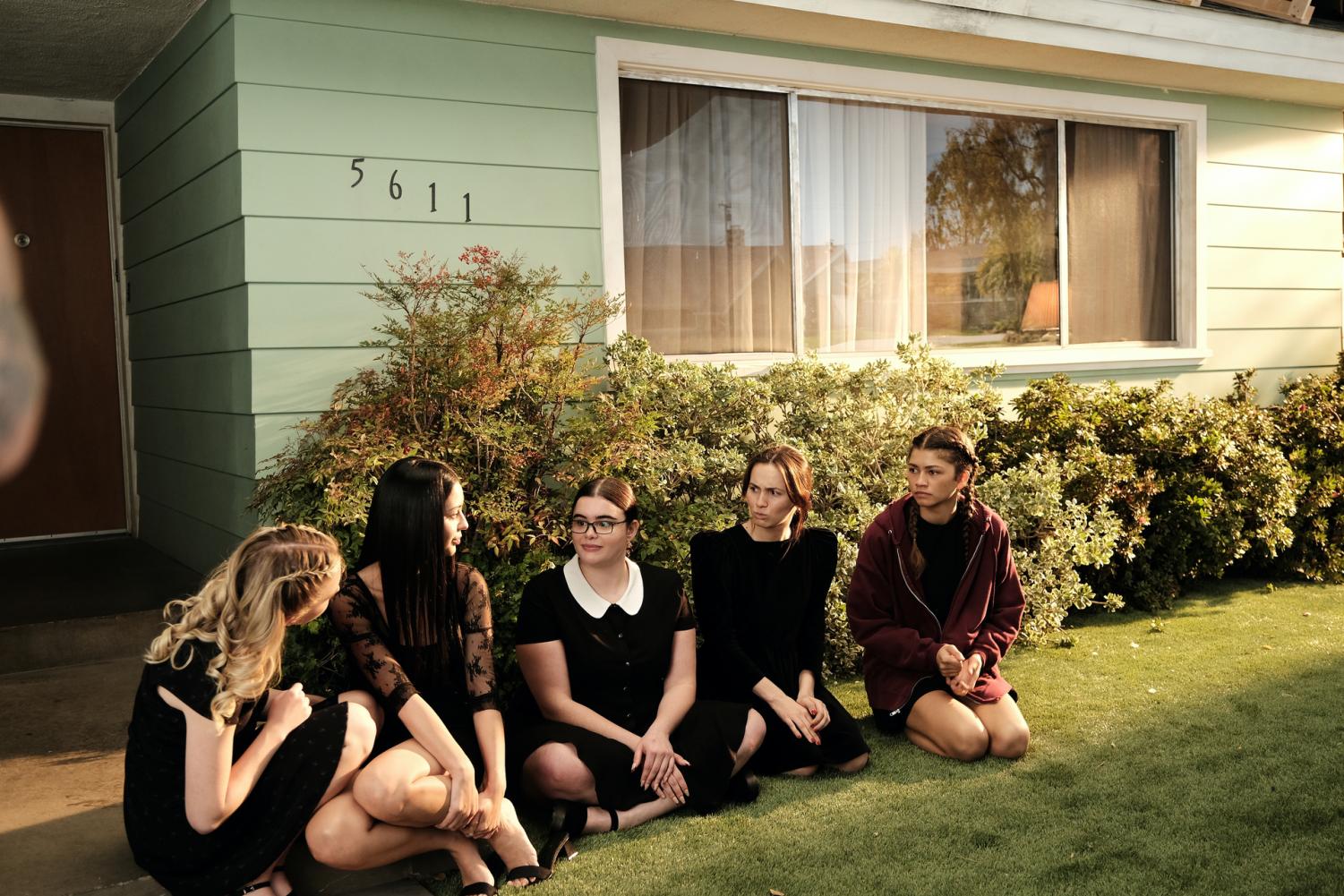 The social media-favorite “Euphoria” closed out its second season on Feb. 27 in a jaw-dropping finale. (Eddy Chen/HBO)

The social media-favorite “Euphoria” closed out its second season on Feb. 27 in a jaw-dropping finale.

“What happened to the original plot of the movie?”

The TV show on everyone’s lips, “Euphoria,” wrapped its second season with an action-packed finale last Sunday on HBO.

Though the episode was brilliantly filmed, edited and screened, many fans and critics were left with unanswered questions after the last episode of season two.

The second installment of the show featured half a dozen new plot lines in addition to the handful that carried over from season one, and only a few felt resolved by the end of the finale.

Protagonist Rue Bennett (Zendaya) finally has found peace with her family, friends and life-threatening drug addiction. Her story, though all over the place, was wrapped neatly in a bow with a hint of becoming unwrapped, in true chaotic Rue fashion, in the show’s seasons to follow.

Rue’s journey was intense, emotional and heart-wrenching to watch unfold on screen, but Zendaya played the character flawlessly and with so much depth, it would be a surprise to not see her name up there to score a second Emmy win this upcoming award season.

The finale included Elliot, played by musician Dominic Fike, performing a stripped-down number for Rue as she makes her rounds of apologies and thank you’s. Though many fans were upset the number lasted so long, it was necessary to mend the relationship between Fike and Zendaya’s characters. The number, fittingly titled “Elliot’s Song,” perfectly sums up Rue’s fight to stay sober, and the inspiration she needed to keep holding on.

The long awaited Cassie breakdown and Maddy vs. Cassie fight was hilarious to watch, and was worth the wait. Maddie (Alexa Demie), Cassie (Sydney Sweeney) and Kat (Barbie Ferreira) get into a very public cat fight, the winner getting the revenge she needed on her former friend.

Many missed seeing Ferreira on screen this season, after the actress and “Euphoria” creator Sam Levinson had disagreements surrounding the projection of her character. Her appearances in season two were short, and lacked the depth Ferreira worked so hard to build in season one. The show was certainly lacking this season without Ferreira’s feisty personality on screen, and hopefully things can be patched up before next season to assure we see more of Kat.

The season built up brothers’ Fez (Angus Cloud) and Ashtray’s (Javon Walton) repercussions after flirting too dangerously with heavy-hitting drug dealers and, though the conclusion was one no one wanted to see, the violent police raid can be credited as one of the best scenes in the final episode. The violence was hard to watch for any viewer, but to have to watch these brothers torn apart by an unfortunate accident was heartbreaking to see play out.

To credit Levinson, the production of the season was top tier. The filming, which was all done on discontinued Kodak Ektachrome film, was easily the best aspect of the creation of the season. Shooting on film provides such a different look to each episode, it truly was captivating and refreshing to see.

Levinson’s directing of the season aligned with the messy feel of the plot, but whether this was intentional or not is unclear. The writing, which seemed to have no clear goal or direction, allowed the show to seem like it bit off more than it could chew. Each of the actors performed as well as they could with the material they were given, with Zendaya, Sweeney and Maude Aptow, who plays Lexi Howard, shining particularly bright despite the lack of substance in the scripts.

Compared to season one, Levinson placed his best storylines on the bench to play third-string options. Every romantic interaction, aside from fan-favorites Fez and Lexi, felt forced and lacked emotion. Jules (Hunter Schafer) and Rue’s relationship was a star of last season, and shows Levinson’s talent in depicting romance on screen, though he hid that talent away this time around.

The Bennett family dynamic was one that showed promise for the arc of the season, but this may have been due to actors’ improvisations rather than Levinson’s writing and direction.

The music of the season, though not as prominent of a feature, still stood strong in comparison to season one. The older tracks seen throughout the season, mainly thanks to Eric Dane’s character’s plot line of Cal Jacobs, was refreshing from the first season’s heavy pop and rap influenced soundtrack.

A third season has been confirmed via the show’s Instagram page, but many believe we may not get new episodes until at least 2024. Nearly all recurring characters have signed on to return, including heartthrob Jacob Elordi, who plays villain Nate, and fans can’t wait to see what happens with the loose ends left by season two.