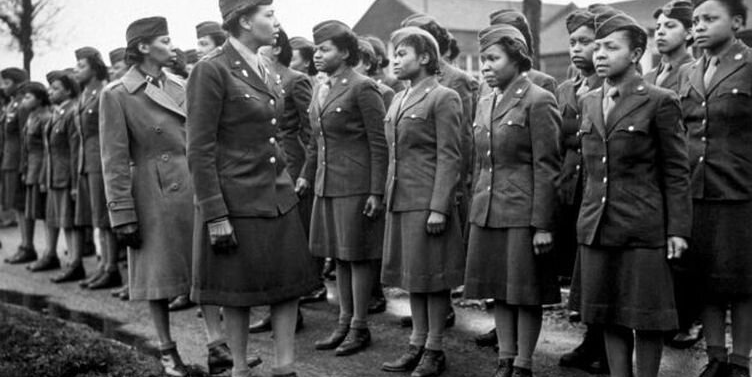 “The Six Triple Eight” was shown during the Roxbury International Film Festival and tells the story of the 855 Black women who helped to clear the backlog of mail in the European Theater of Operations in World War II. (Roxbury Film Festival)

“The Six Triple Eight” was shown during the Roxbury International Film Festival and tells the story of the 855 Black women who helped to clear the backlog of mail in the European Theater of Operations in World War II.

Roxbury Film Festival: The film festival for the culture

With the 23rd Roxbury International Film Festival drawn to a close, it is safe to say it was full of incredible films by Black filmmakers who came together virtually and in person. They featured artists, actors, actresses, singers, chefs and other professional people of color, telling their stories in a way mainstream media has not as they were frank with their topics and did not spin them to fit a certain narrative.

I could say that it was just like every other great film festival this year, with slight modifications due to the pandemic and streaming services impacting how people view films. But besides all of that, the films and shorts at the Roxbury Film Festival have truly changed the way the viewers look at life in general.

I had a very hard time trying to understand some of the topics in some films, but then the reason for that hit me: I was trying too hard to find a simple answer. I just had to sit there and see these films as a testament to the filmmakers who found inspiration in themselves, history, family and their community. Togetherness and understanding oneself was echoed throughout the festival.

But this year’s festival had a different feeling when it came to sharing the voices of people of color.  The Black Lives Matter movement, #MeToo Movement and the Derek Chauvin trial and verdict gave people a sense of urgency. Emphasizing these moments and movements, the films shared messages of togetherness, activism and preserving one’s history – especially if it is either being forgotten or erased.

In the film called “The Six Triple Eight,” director James Theres told the story about the first group of Black women who were working as mail carriers in World War II, bringing messages between London and Paris from soldiers to their families.

Theres also showed viewers how these women helped their fellow men during the war while being looked down on by their fellow officers and soldiers just because of their race. I never knew about these women, but Theres’s film shed a brilliant light on these women and their work to help clear the backlog of mail.

The horror film “Stray” took a spin on an old folktale called “The Pied Pipers,” in which the villain lured kids away from their homes, and used the story to bring attention to the rising cases of missing girls in Chicago.

Many of the films had simple stories that people could connect to what is happening in the media, history and everyday struggles with just being Black. I even learned how important the Juneteenth holiday is, which no one talked about until now. Juneteenth is holiday celebrated on June 19 to commemorate the emancipation of enslaved people in the U.S. The holiday was first celebrated in Texas, where on that date in 1865, in the aftermath of the Civil War, enslaved people were informed of the Emancipation Proclamation nearly two years after it was signed.

With the date now being known as a national holiday, it sparked people of color to try and reevaluate the way of people’s thinking of Black cinema.

The tone of this year’s film festival called for justice and understanding. I was moved by my interviews with directors, authors and other people involved to the point where I had to ask myself, “Why didn’t I know about this sooner?” I had to strip away my assumption and just embrace the unexpectedness of cinema.

This season’s film festival had an enormous amount of vocal change and understanding of the personal and political struggle people of color suffer every day, while mainstream media is ignoring it all. Which is something that has ignited a fire in people to force change.

I couldn’t answer that question even if I tried.  I laughed, cried, was moved and was eager to learn more about these topics. I called this article “Festival for the culture” because for people of color – Black, Hispanic, Latinx, Asian, and Indigenous people, along with others – these are the cultures that Hollywood refused to talk about. So it’s our time to tell the story ourselves in one way or another, and the Roxbury Film Festival did this well.