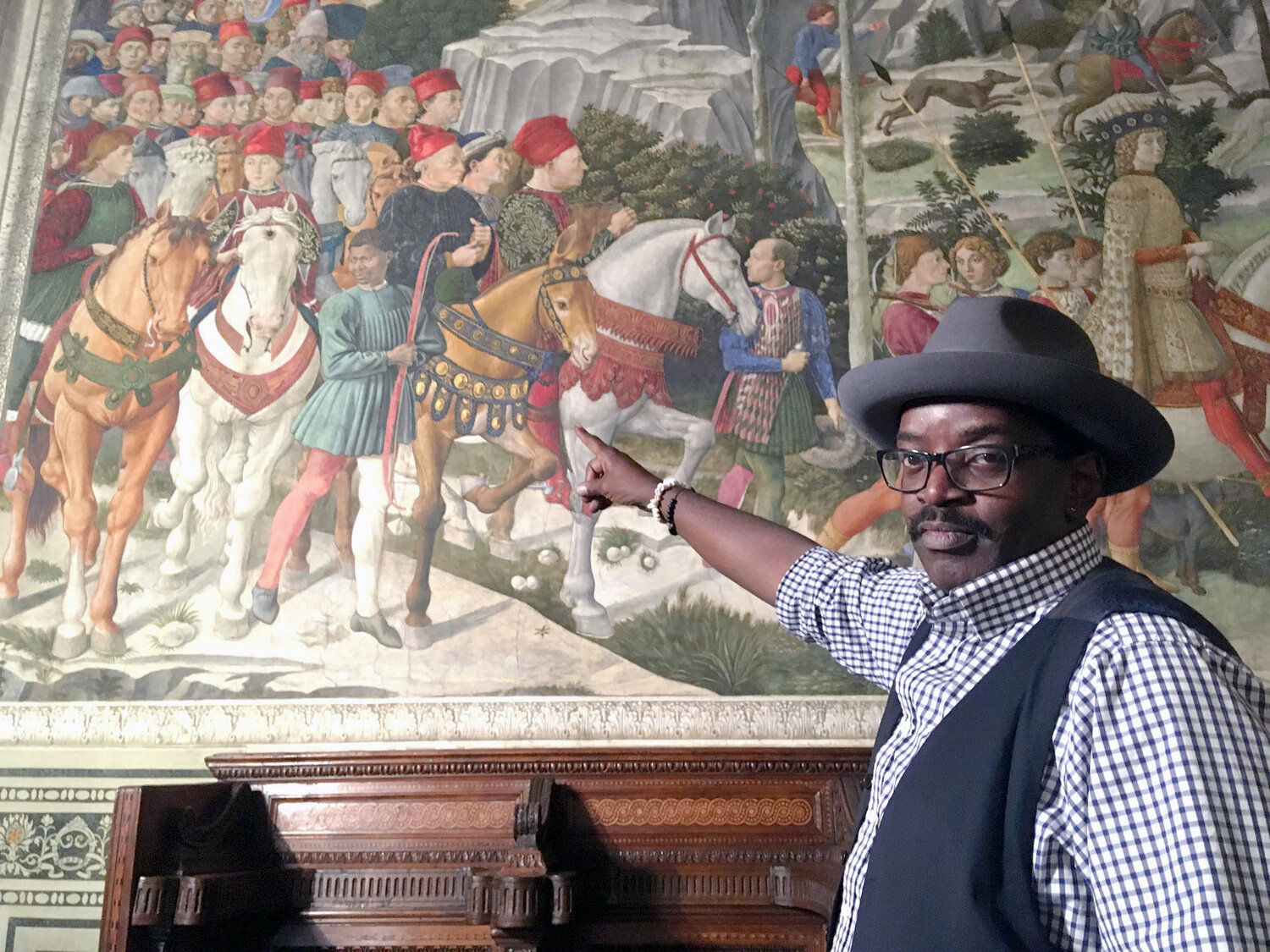 Visual artist, Fab 5 Freddy, shows off the Procession of the Magi fresco by Gozzoli.

Hip-hop and Italian art? Picasso and rap? The famed Fab 5 Freddy talking about Italian Renaissance art from the 15th and 16th centuries? These topics may sound foolish or crazy for a movie, but it was entertaining and different.

“Fab 5 Freddy’s Fresh Guide To Florence,” directed by David Shulman, was a breath of fresh air at the Roxbury Film Festival. This is the type of film that should be shown in art and history classes in America. It has such flair and excitement as the legendary hip-hop pioneer travels to Florence, the birthplace of renowned artists.

I laughed at some parts of the film and was blown away by the stories behind some of the historic artwork like the Statue of David by Michelangelo and other Renaissance-era works.

It was very interesting to see Black people in some paintings, which is important. The movie also talks about African people and their discovery of the art world in some of the portraits that portray African people in more prestigious roles or showing them in a positive light.

Freddy’s descriptions of these artworks were easy to follow along, compared to other people describing the work.  Viewers also heard stories from Freddy about unknown Black artists and how groundbreaking some of these artists’ works were at the time.

It was pleasantly surprising how such an unexpected person like Freddy talked about these brilliant artworks. He talked with such knowledge about how African people were depicted and the response these images would receive, different from non-Black art.

This film makes viewers want to travel to Florence just to see these paintings themselves, and I’m very glad I got the chance to see it.

The Roxbury Film Festival runs from now until June 26, both in-person and online.