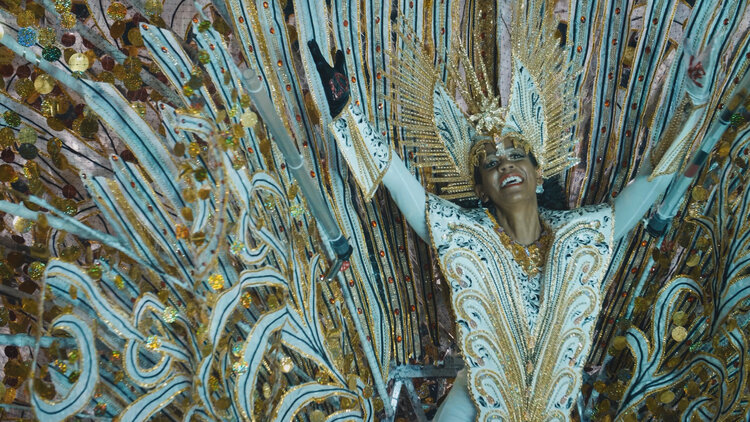 “Becoming a Queen,” directed by Chris Strikes, will be shown at this year’s Roxbury International Film Festival on June 18.

Roxbury Film Festival kicks off this week with in-person screenings

The 23rd Roxbury International Film Festival is right around the corner, and it will be packed with some great filmmaking from Black directors, storytellers and musicians, along with a magnificent list of panelists. The festival is also back with in-person viewings at the Museum of Fine Arts, and is also featuring some virtual showings.

Viewers will also get the chance to see Questloves’s highly-anticipated directorial debut, “Summer of Soul.”

It’s no surprise that an interview with Lisa Simmons, the event director of the festival, had to happen. It was great to speak with her about the role of African Americans in films of today using and, as she mentioned, how it is the time for young Black filmmakers to take back the narrative from the mainstream media and tell their own stories.

“There are a lot of films for the viewer to see this year,” Simmons said. “It was hard not to leave any of them in the cutting room, even though we had to leave some behind, which is sad.”

Despite having to leave some movies out, there was no doubt that the films this year are going to be outstanding, by her description.

Her excitement was beaming through the entire interview. She also mentioned there will be guest panels to discuss the films being presented.

One of the panels and films she mentioned is “James Hemings: Ghost In America’s,” directed by Anthony Werhun. The film talks about James Hemings, a Black slave who was the personal chef for former President Thomas Jefferson. The panel will feature Black chefs from Massachusetts and from around the country as they talk about the impact of food in Black communities and what it’s like working in kitchens across America.

Local filmmakers will also be attending to tell their stories about Roxbury through their own eyes.

Simmons talked about how the festival is a bit different this year during the pandemic, and as COVID restrictions are being eased throughout the country. More people are going outside now, but many are comfortable watching films at home as opposed to in the theater.

Simmons said she is both excited and nervous about having the festival in public spaces.

I asked Simmons what type of message this year’s film festival will be. This question is something that is echoed throughout the film industry, along with how the Derek Chauvin verdict, the BLM movement, and the #MeToo movement have affected the impact of the films and how they are received. Her answer was very simple and to the point.

The problem is that it’s a consecutive narrative of telling stories from a Black person’s point of view. It’s up to the filmmaker to tell that story in a different narrative that is not seen in mainstream media, she said.

In the near months, we will see more films talking about the Black narrative on race, sexism and other topics that mainstream media doesn’t show. Some of the topics presented in these films are moving, eye-opening and inspirational. These films make great talking points for what is happening in Black culture today.

The films that are made by Black filmmakers are truthful to the fact that the narrative of Black deaths or unjust actions would just be a recurring issue from unarmed people being shot by police to stop and frisk. It’s up to filmmakers to take back the narrative and tell their story.

My interview with Simmons was anything but boring. It was something extraordinary and influential. This film festival will be truly remarkable and empowering. I’m most excited to see “Fresh Guide to Florence with Fab 5 Freddy,” which is directed by David Shulman.

Follow the film festival on Instagram @roxfilm and buy your tickets here before it kicks off on June 17 until June 26.