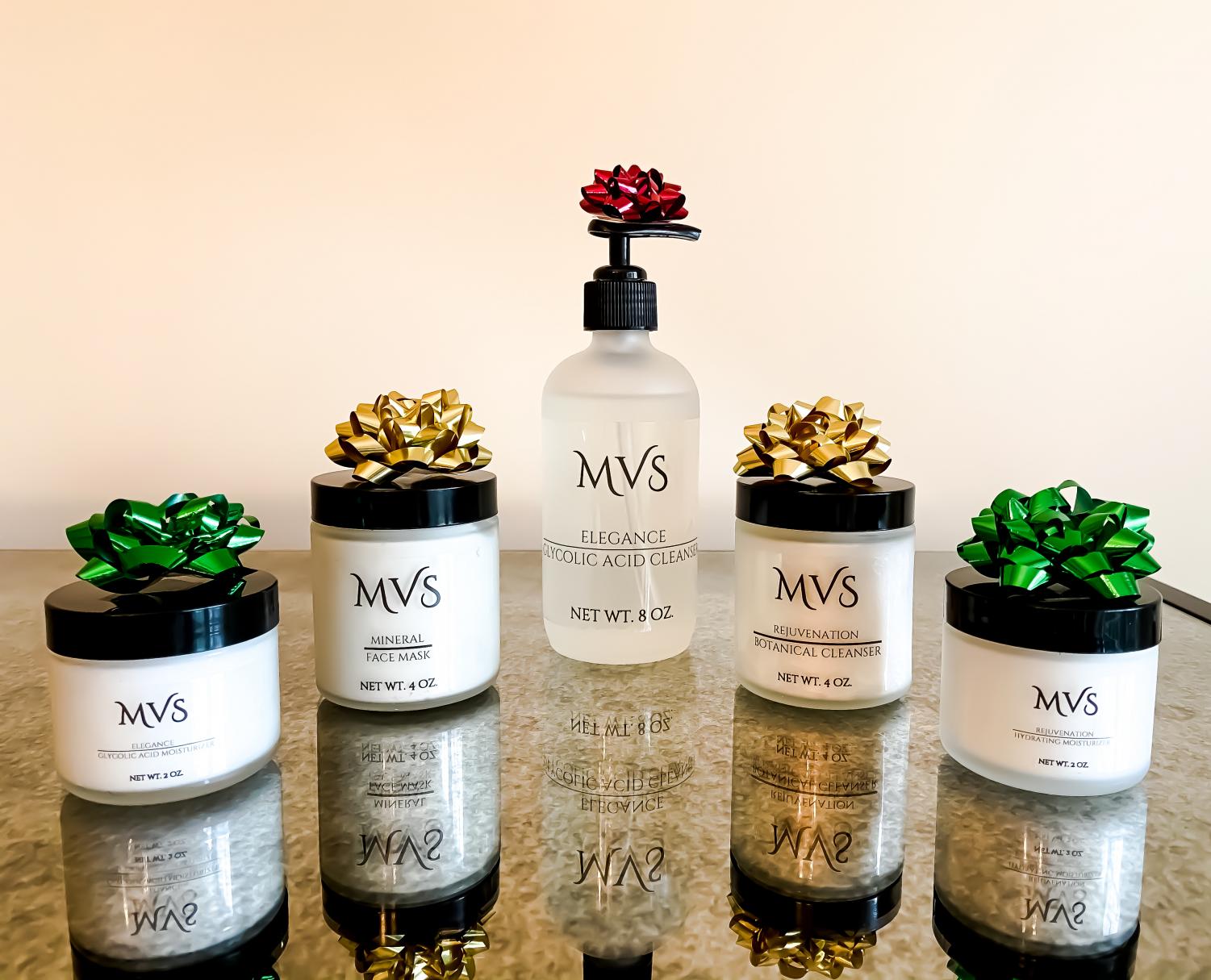 My Vegan Skincare’s line of products.

She sells 100% vegan, cruelty and gluten-free products, including a face mask, rinse free hand wash, facial cleansers and moisturizers. These products are sold in glass bottles and jars to reduce waste. She also sells apparel with her company logo on it.

Krobot is from Falmouth, Mass., and she’s an accounting major with a minor in business law. She started classes at Suffolk in the fall of 2018 and lived in a suite in Smith Hall. Out of the five people in her suite, four of them were vegan.

“One night we were getting ready to go out and my roommates were discussing their frustration with big-name makeup companies that test on animals, yet cruelty-free or vegan makeup companies don’t have the best quality products,” Krobot said.

This conversation inspired her to start thinking about creating her own vegan makeup line, but she decided to focus on skincare instead, as she was more passionate about it. Her ultimate goal was, and still is, to end animal cruelty in the cosmetic industry.

Krobot moved back home for winter break in 2018 and was out of school for a full year to create her products and start her business. The line launched officially on Jan. 3, shortly before she returned to Suffolk for the spring 2020 semester.

Krobot credits some of her inspiration to an Entrepreneurship 101 class she took in her first semester at Suffolk.

“This class confirmed for me that being a business owner and helping my customers achieve their goals is what I want to do,” she said.

The COVID-19 pandemic has made Krobot’s launch a little tougher, as she doesn’t see as many people face to face anymore and doesn’t have the opportunity to promote her skincare line in person. Instead, she’s been using her Instagram account to promote her business as much as possible.

In the future, Krobot wants to be able to support herself from her business and eventually turn it into a nonprofit organization. She would also love to create a charity that helps fight against animal cruelty.

Krobot hopes her business reaches beyond people who are vegan.

“I completely understand that there are many people who aren’t as passionate about animal cruelty or veganism as I am and that’s okay. I’m not here to change anyone’s mind,” Krobot said. “My goal is to provide skincare products that everyone can get excited about and feel like actually works for them, helping them achieve their skincare goals while achieving my goal of ending animal cruelty.”

You can find Krobot’s products at www.myveganskincare.com and you can check out her Instagram here.