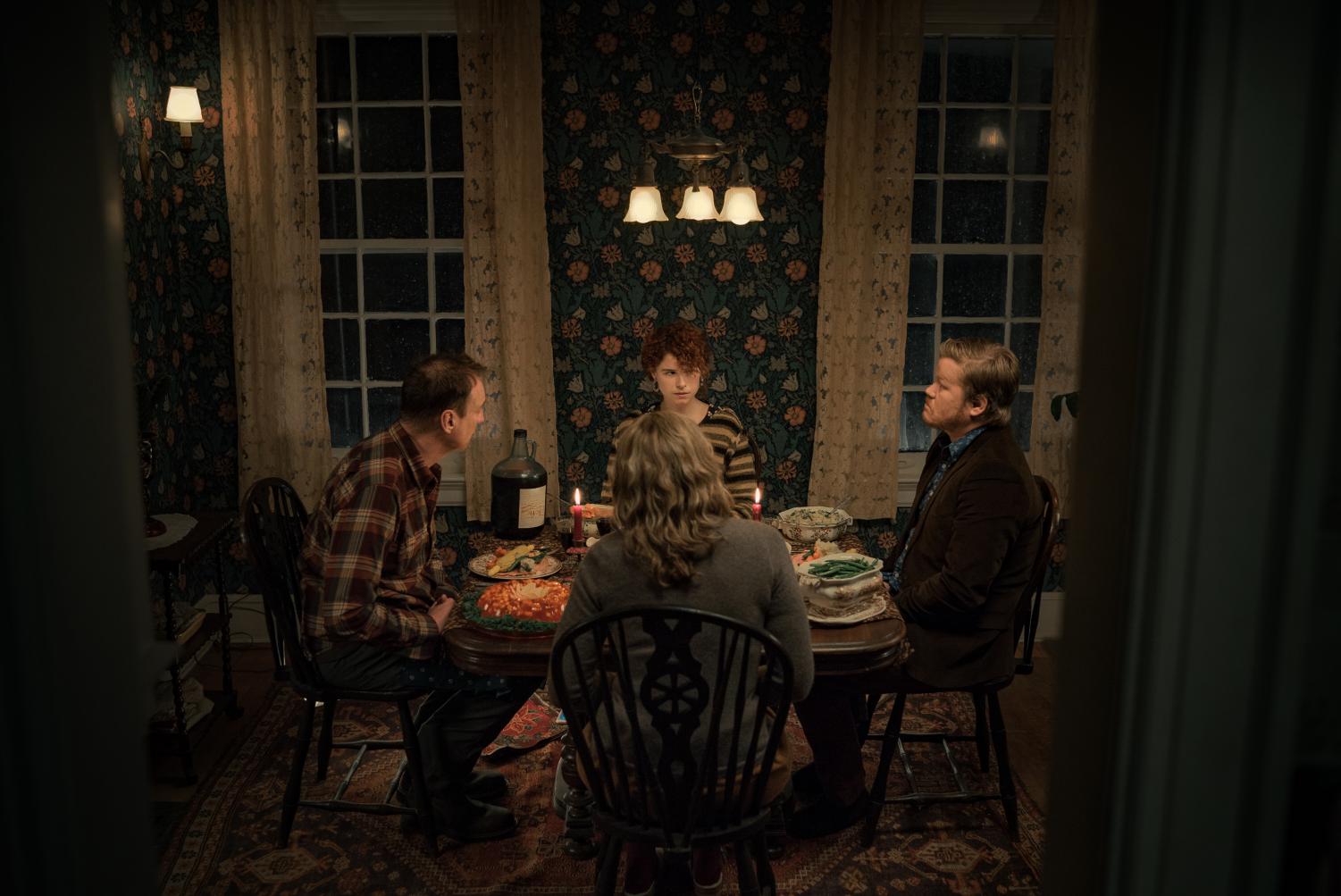 “I’m Thinking of Ending Things” is yet another surrealist and experimental film written and directed by Charlie Kaufman that will leave you thinking about its long-winding roads of conversation and an overzealous amount of references to poems, books and other films for days.

Kaufman, who is known for his bizarre films that analyze the human psyche like “Being John Malkovich” and “Synecdoche, New York,” continues to examine troubled minds in this Netflix-produced film that was based on Iain Reid’s 2016 novel of the same name.

As already suggested by the title, Lucy – or if that even is what her name is, as she’s referred to different names throughout the film – has intrusive thoughts that she wants to break up with Jake. Weirdly enough, there are times during the drive where it seems like Jake can hear what Lucy is contemplating.

The evening starts with an awkward family dinner and ends with a profound montage of the parents physically ageing that is seamlessly done as Jake contemplates how Lucy fits into his life while at his childhood home. After they leave and embark on an icy drive home, they stop at a local ice cream parlor and Jake’s old high school that arguably has the best scene in the movie. The school janitor crosses paths with the couple, which turns into a surreal and very philosophical climax.

This is a movie that some might say is too pretentious, or one Kaufman uses to stroke his ego, and they may be right. It’s certainly not his best film, as some scenes drag on, but it’s also one that has a lot of emotion and intensity to it.

The acting in this is incredible, with Plemons and Buckley giving off powerful and gritty performances. Toni Collette’s acting range is amazing as always as she crafted every one of her movements to feel creepy and out of sorts to fit her character’s mysterious motherly role.

The entirety of this complex two-hour film will once again leave you in awe of Kaufman’s brilliant mind with the elaborate plot and also questioning which version of reality was being represented. This is a movie that will have to be watched over and over to even theorize what it means.

As with every Kaufman film, you have to let the story carry you away. Listen to every word and reference that is spoken and take it in to truly understand the minds of the characters and the deep, yet simple-on-the-surface plot.