As COVID-19 made it's way to the U.S., the Great Northeast Athletic Conference announced the cancellation of all Spring sports on March 12. For many Suffolk seniors this brought an unexpected finish to the sports they consider a passion. Here are their stories. 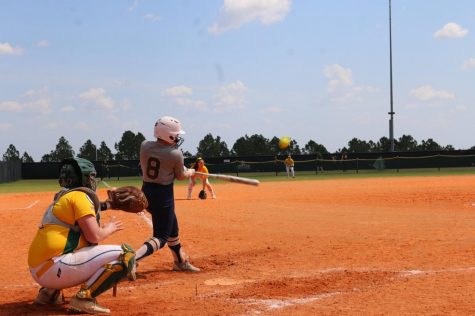 “If four years ago someone had told me that this is how my softball career at Suffolk University would come to an end, I would not have believed them for a second. I would have told them that my playing career at Suffolk was going to end with myself and my teammates celebrating a GNAC championship victory and playing in the NCAA tournament for the first time in program history, as it should have.

I will never forget sitting in left field of Hancock Park in Clermont Florida with my team after our game against Westminster College got called in the top of the 5th inning because their school had cancelled all sports immediately. Coach Davis and our other four assistant coaches and athletic trainer walked towards us, each one of them with their eyes filled with tears. We knew what was about to be said, but no one wanted to believe it. I sat there in shock, crying more than I have in a very long time surrounded by my teammates who were all feeling the same way. We found out that the GNAC was announcing in the next 20 minutes that all spring seasons and championships would be canceled due to COVID-19. I can honestly say I do not think I have ever felt more heartbroken in my life, but we still had one game left on our schedule for the season on that day and we were fortunate enough to be able to play it.

I cannot explain the feelings and emotions that I experienced during that last game, thinking to myself constantly how each time I did something during it, that it could be that last time I did it forever. I played right field that game and batted second in the line-up behind my fellow senior, Grace Boehler, and in-front of my other fellow senior, Ashley Zulla. This order was not a coincidence. I went 2 for 3 that day with a sac-bunt and two singles, a career high for me. I also made the last defensive out for us in the top of the 7th inning, again something I do not believe happened solely by coincidence. Though we did not come out on top in our final game, I still felt that I won. Every single person went out and played for Ashley, Grace, and I that day and it was so clear that they wanted to do whatever they could to make our last game unforgettable.

The days following these games have been very hard emotionally. It is extremely hard to have something that you have done for the past 14 years come to a halt so fast. I still do not think that it has fully sunk in that I will never put on a Suffolk University uniform and play at East Boston Memorial Park again, or have to drive a van to Team Boston Academy for practice. I will never have to set my alarm for 5 a.m. to be at Ridgeway for 6 a.m. lift, or sit on a bus for two to three hours with my team to play away games again. All things that I took for granted and would do again just to be able to compete for a GNAC Championship with this 2020 team. Coming back to Boston and going back to the Ridgeway building really made everything seem more real. All of us know that during our senior year our careers are coming to an end, but no one could have ever prepared for this. 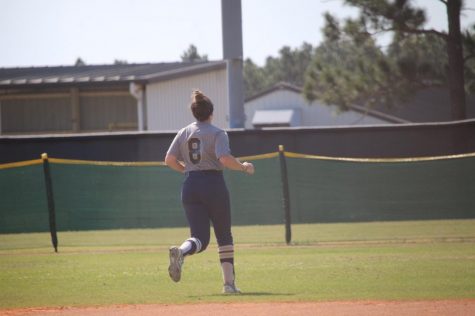 I have been fortunate enough to be on very talented teams during my four years at Suffolk, but this team was different. The amount of talent, combined with the chemistry that we had was something that I had never experienced before in my 14 years of playing softball. I am confident that if we had gotten to continue our season that we would have been hoisting that GNAC trophy on May 3, 2020.

I cannot thank Coach Davis enough for everything she has done for me since I first stepped foot on campus in the fall of 2016. She never stopped believing in me, especially when I had a hard time believing in myself. The sacrifices that she has made to turn this program into what it is are unexplainable and there is nothing any of us could ever do to repay her. I have truly never had a coach like her before in the best way possible.

I am so thankful to have been able to be a part of a program that gave me so much on and off of the softball field over the past four years. I have a forever family because of this experience and I know that I will always be able to call Suffolk Softball my home.”