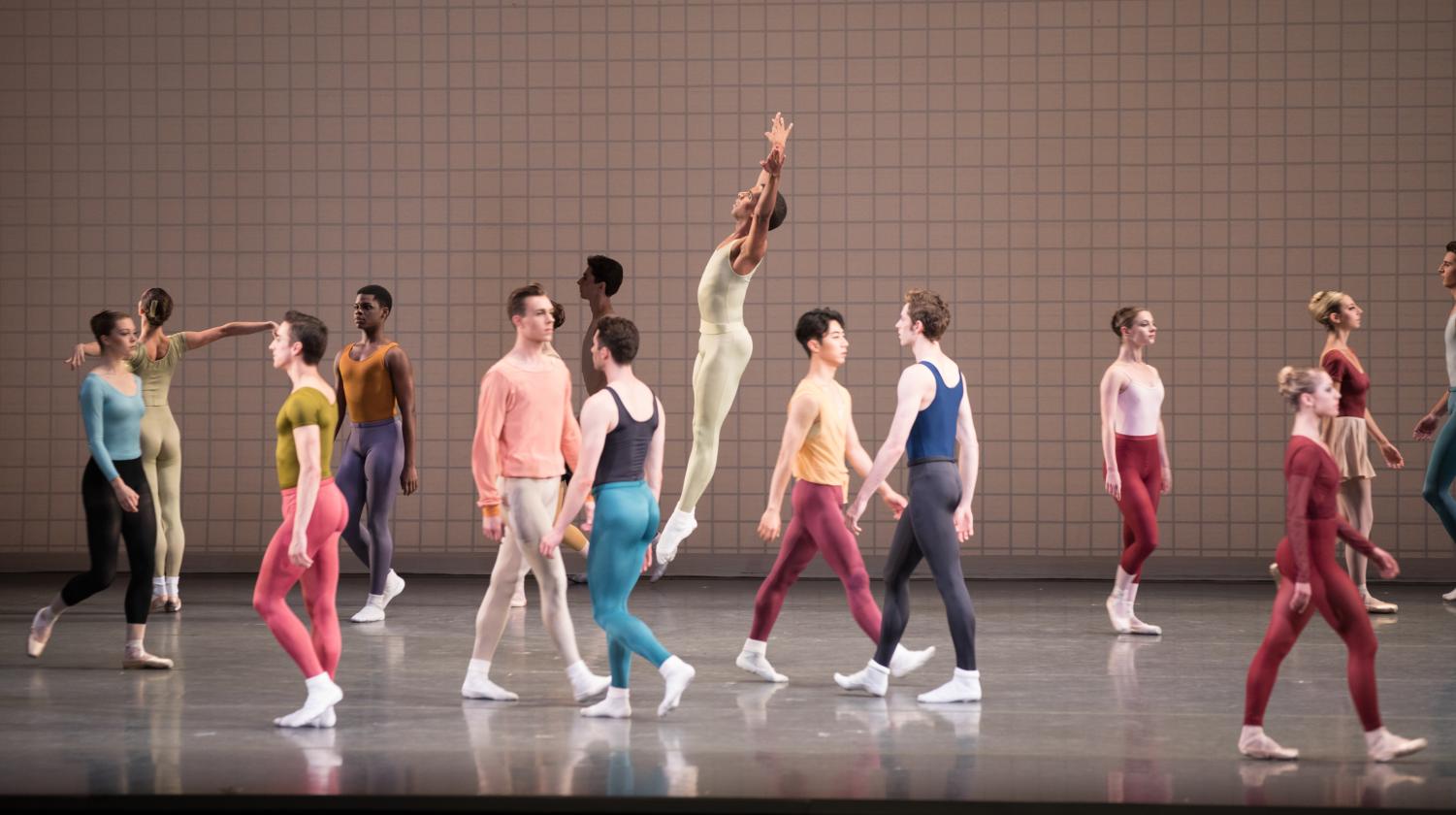 The Boston Ballet opened its spring season on Feb. 27 with “rEVOLUTION,” which featured the work of esteemed choreographers George Balanchine, Jerome Robbins and William Forsythe. Unlike traditional ballets like “The Nutcracker” or “Swan Lake” that incorporate elaborate costumes and a clear storyline, this performance was like a contemporary ballet starter kit that focused heavily on technique and choreography.

The two-hour performance began with Balanchine’s “Agon,” opening with four dancers fluidly mimicking each other’s movements. The performers, dancing against a simple blue backdrop, were dressed in black and white costumes. With only a handful of solid colors and no props, it was easy to focus on their skills since there was nothing distracting on stage.

In Balanchine’s portion of the show, principal dancer Derek Dunn stood out from the other performers as he smoothly rolled his body and graciously leapt through the air. Joined afterward by the other dancers, they melted their bodies together while strategically balancing on each other to complete the challenging routine.

After the first intermission, the curtain reopened for “Glass Pieces,” choreographed by Robbins and set to the music of Philip Glass. It began with all the dancers walking through the stage in every direction, with one person at a time breaking apart from the group to spin or dart across the floor. Performing against a tiled backdrop, the collection of stone-faced expressions and futuristic music completed the subway station-like setting.

In the second part of the dance, “Facades,” a straight line of ballerinas silhouetted against a blue light steadily spread across the stage, which created  a cinematic effect. As they moved in the background, soloist Addie Taap and principal dancer Patrick Yocum took centerstage. Yocum lifted Taap through the air so effortlessly that she appeared to be weightless. The rest of the dancers later returned on stage for a beautiful ending that included each performer.

Forsythe’s “In the Middle, Somewhat Elevated” started suddenly after the second intermission as a loud band echoed through the theater and bright white lights suddenly flashed on. Dressed in forest green and black attire, which Forsythe also designed, the performers glided so smoothly through the stage it was as if their feet were on wheels.

Contrary to a typical ballet and the previous two routines, the performers during Forsythe’s choreography seemed more relaxed as they causally entered and exited the stage. It was a bold, artistic choice for the dancers to appear less poised, not a lack of skill, and it brought new energy into the show.

This piece felt the most contemporary as Forsythe introduced unique moves that could not be seen elsewhere. His originality was evident as he seemed to combine traditional ballet and contemporary dancing styles.

Overall, the entertaining show captures a striking component of each choreographer, giving spectators exposure to the minds of three groundbreaking figures while also highlighting the dancers’ talent and physical capabilities.

“rEVOLUTION” will play at the Citizens Bank Opera House until March 8. Tickets can be purchased online or through the box office.