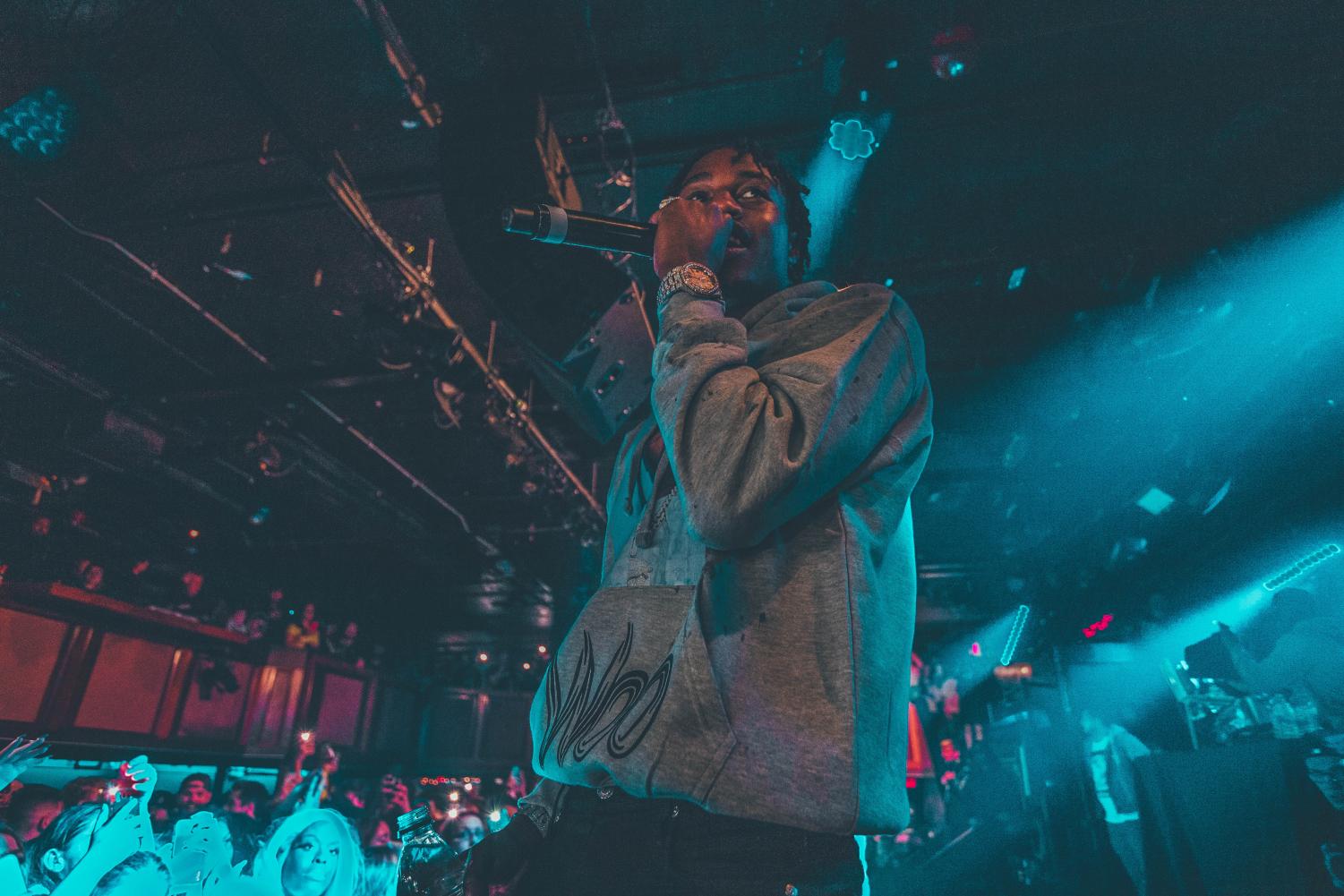 A flock of anxious teens waited in the cold as the line for up-and-coming Bronx MC Lil Tjay extended out the door of the Paradise Rock Club and down the street, blocking the entrance to the restaurant, Raising Cane’s. Once inside the show, it would be a few hours before the artist finally hit the stage.

Opening up the night was Big Havi, a young artist who falls into the same category of melodic rappers such as Roddy Ricch, Polo G and the headlining Lil Tjay. Havi brought great energy and took the time to talk to the crowd about pursuing their dreams. He closed out his set with his undoubtedly most recognizable track “9 Times Out Of 10.” The catchy and repetitious song, which recently received a remix from Lil Baby, elicited the largest reaction from the crowd out of all the songs he performed.

Up next was Mulatto, an Atlanta rapper who’s been in the game since 2016. Her hard style got the crowd amped as she even invited a few ladies from the crowd on stage to dance with her as she performed one of her songs. “B*tch From Da Souf” had a few attendees in the front row rapping along. The song gained mainstream popularity in 2019 and was re-released featuring Saweetie and Trina.

The momentum that might  have been lost in the hour plus it took Lil Tjay to take the stage seemed to not make a difference as the crowd quickly livened once the rapper grabbed hold of the mic. From the start, Tjay used his high pitched flow to coax fans into thinking they could hit the same notes.

At one point the rapper gave out water to the crowd before dousing them with his own, prompting the entire audience to soak the venue in Poland Springs.

While Tjay’s lyrics often reflect on hard times, he flows with such pace and rhythm that his songs feel upbeat and fun while actually depicting darker days for the rapper. The lines “What’s up with you? I grew up with you… now I’m wishing that a bus hit you,” rangout during the chorus of “F.N” a track on which he thinks back on the people who turned their back on him.

And while he is not hitting every bar live, he catches the flow at the perfect moments anticipating when he can take a line off, knowing the crowd will pick up the slack.

Like the opener Big Havi, Tjay took some time to speak on having dreams and pursuing them. He also touched on the life of fellow New York rapper Pop Smoke who was murdered in a home robbery in February.

The rapper’s latest single “20/20” allowed the artist to show just how much range the 18-year-old really has. He let out the sing-song auto-tune bars passionately but with control as he reflected on personal demons and goals for the year. He made it clear that he would be taking no flack in 2020 with bars like “I been holdin’ demons inside, I can’t lie, so if you ain’t ready to die, then don’t try.”

The purple lights set the performance’s mood but at times the stage lights would be cut to allow the audience to illuminate the concert hall with their phone lights.

Tjay’s performance proved he is more than just another flash in the pan as so many other up-and-coming rapper’s turn out to be. He commanded a strong stage presence while delivering renditions of his tracks that impressively sounded the same as the record.