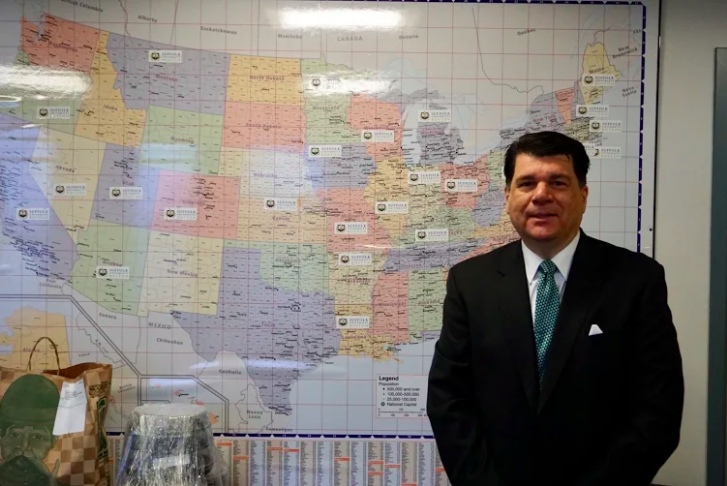 Suffolk University Political Research Center (SUPRC) has been in the national spotlight from major media outlets nationwide for polls it conducted during the Democratic presidential primaries.

“Suffolk University is getting regional coverage for students who might want to come here, and (SUPRC) was in The New York Times and LA times,” said David Paleologos, director of SUPRC.

SUPRC, based on the tenth floor of 73 Tremont, has conducted polls for multiple political races and issues on local, state and national levels. Suffolk Polling ranks ninth out of 430 polling organizations, and earned an A- rating from fivethrirtyeight.com, according to the SUPRC’s website.

SUPRC was established in 2002 after it ran its first polls centered around the 2002 Massachusetts gubernatorial race. Suffolk’s first poll asked voters if current Utah Senator Mitt Romney or then Acting Governor Jane Swift would win the race.

The poll, which was actually conducted for a polling class Paleologos was teaching, was later used in a Boston Herald poll. The poll showed that Romney would defeat Swift, who, after the polls were released, announced that she would not run for governor. Romney would become the governor of Massachusetts in the 2002 election.

SUPRC has also conducted polls on an international level— an accomp l ishment Paleologos said is setting Suffolk apart from other schools.

“In 2017, we were the only school that polled the elections in France we did pretty well,” Paleologos said.

Paleologos has been with SUPRC since it was created. He has grown SUPRC to be one of the largest polling partners for major media outlets across the country.

“Suffolk University has more media partnerships than any other research institution in the country,” Paleologos said.

SUPRC had its initial partnership with WHDH Channel 7 in Boston, which ended in 2014, and has also had partnerships with the Boston Herald, the Boston Globe and USA Today, as well as its affiliates across the nation through USA Today’s parent company, Gannett.

Suffolk was the go-to polling center for the Boston Globe and WBZ leading up to the 2020 New Hampshire primary, and the center’s polls were even used by The New York Times. SUPRC conducted polls for the Iowa Caucuses with USA Today, with these results also being used by The New York Times. SUPRC has also done early polls for primaries in Massachusetts, Utah and Nevada this election cycle, as well as planned partnership polls with newspapers across the country.

The second type of poll is a tracking poll. This type of poll was used to poll voters leading up to the New Hampshire primary. A tracking poll consists of a two day rolling average (meaning the results of the poll changed as new information came in) of results from 500 random people who were likely going to vote in an election.

The third type of poll is a Bellwether poll, when a town or state is polled based on their historical performance in picking the winner of an election. The center conducted one of these polls in Dover, N.H. from Feb. 7 to Feb. 9, and polled 300 residents and likely Democratic primary voters there.

The Dover Bellwether poll was notable for being the fifth-straight time the city of Dover correctly predicted the winner and runner-up in the New Hampshire Democratic primary.

A c c o r d i n g  t o Paleologos, polls can play a big role in influencing which candidate a person votes for.

“[Polls] affect the people who are undecided. If you have a race that has a low [number of undecided voters], I would say polls are less impactful,” said Paleologos.

Paleologos said that in a state like New Hampshire during the 2020 primary, the high number of undecided voters close to election day was unprecedented. He said a strong polling performance by Wisconsin Senator Amy Klobuchar may have gained her votes from a lot of those undecided voters.

Paleologos said that the hard part about this 2020 presidential race is that it could go a long way into the primary schedule without having a clear Democratic nominee, and that he worries about SUPRC exhausting its resources before a clear cut nominee emerges.

“I’ve got to be prudent about the states that I pick because I want Suffolk to be relevant even in April, when [polling centers] have run out of money,” Paleologos said.

Similar to Paleologos, The Suffolk Journal is conducting a poll for registered voters. Please participate in our poll at: https://docs.google.com/forms/d/1NoL6QUY8PiL8EhKiTaNnKSeZ9s69DyZ0vH5yisw06fo/edit?ts=5e49f4a1 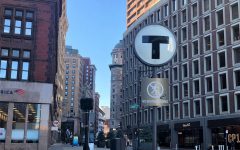 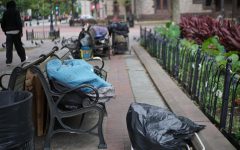 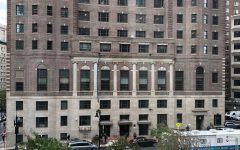 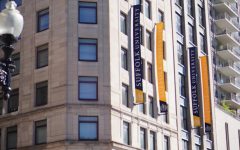