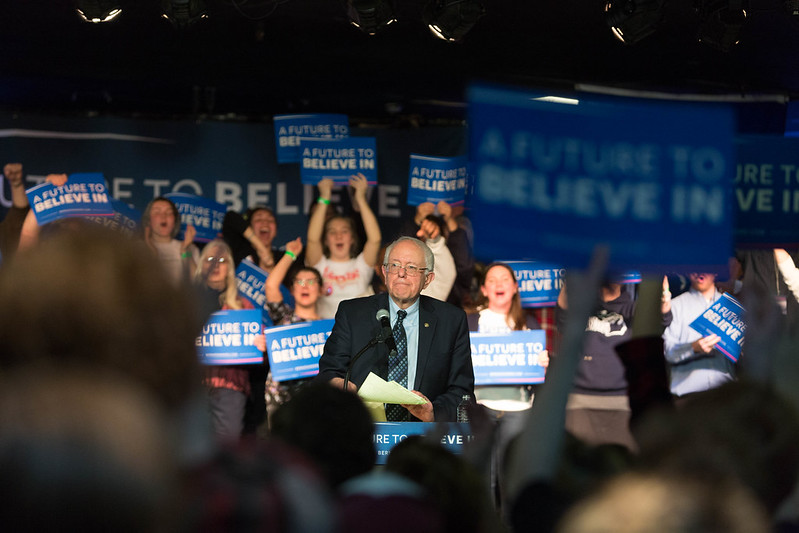 Sanders edges out victory over Buttigieg in New Hampshire primary

Sanders, who also won the New Hampshire primary in the 2016 Democratic primaries, repeated that victory four years later, living up to multiple polls that had him finishing first after the votes were cast Tuesday night.

Sanders won 25.7% of the vote, edging out former South Bend Indiana Mayor Pete Buttigieg, who had 24.4%, a far smaller margin than Sanders 60.8% to 38% win over former Secretary of State Hillary Clinton in 2016.

“This victory here, is the beginning of the end for Donald Trump,” Sanders said to his crowd of supporters in Manchester, New Hampshire Tuesday night.

Sanders won nine of the 24 delegates up for grabs.

Buttigieg was looking for a strong showing in New Hampshire after his win in Iowa. Buttigieg saw his polling numbers soar over the course of the week leading up to the New Hampshire primary, at times coming neck and neck with Sanders for the top spot.

Buttigieg would end up having a strong second place showing in New Hampshire and gave the Sanders campaign a scare Tuesday, coming in with 24.4% of the vote and, like Sanders, nine delegates.

After a strong New Hampshire debate performance, Wisconsin Senator Amy Klobuchar was the breakout candidate of the New Hampshire primary.

Klobuchar won 19.8% of the vote Tuesday, good enough for third place behind Sanders and Buttigieg. Her finish is a surprising feat for a candidate who just days before was polling at 6% in the state.

“We are taking this message of unity to the country,” Klobuchar said addressing her crowd of supporters in Concord, New Hampshire at Klobuchar’s voting night rally Tuesday.

David Paleologos, director of Suffolk University Political Research Center, said Klobuchar’s rise in New Hampshire came from the high number of undecided voters in the run up to voting day.

“In New Hampshire, the undecided kept moving between 7% and 12%… That’s a high undecided that close to the election,” said Paleologos.

Paleologos said that many of those voters who were not voting for Sanders or Massachusetts Senator Elizabeth Warren may have seen Klobuchar as a safe place to go with their vote after feeling unsure about Buttigieg’s strength during his shaky debate performance Friday.

Warren had a disappointing night in New Hampshire, her neighboring state to the north, finishing fourth. However, Warren’s campaign stressed that they still see a path to the nomination.

Warren captured just 9.2% of the vote.

“I took a hit in Iowa and I will probably take a hit here,” Biden said during the New Hampshire democratic debate on the Friday leading up to voting day.

Biden finished fifth after all votes were counted, capturing a mere 8.4% of the votes cast Tuesday.

Entrepreneur Andrew Yang dropped out of the race Tuesday as results started to come in from New Hampshire. Yang was notable for his campaign promise to give each American adult a universal basic income of $1,000 each month known as The Freedom Dividend.

The race continues to be muddled, with the major candidates vowing to stay in the race for the long haul, as well as seeing former New York City Mayor Michael Bloomberg gaining momentum nationally.

Bloomberg is backed by an increasingly large ground game as well as a multi-billion dollar fortune. However, Rachael Cobb, chair of Suffolk University’s government department, said that Bloomberg will start to see more and more scrutiny from the media, as well as from his fellow candidates.

Cobb said Bloomberg is still making his way onto the national stage and finding his place, like Klobuchar, in a crowded field of moderates like Buttigieg and Biden.

“Moderates now have a decision to make between (Klobuchar), Buttigieg and Bloomberg,” Cobb said.

Biden is fading as his campaign continues to struggle financially, which Cobb said is a surprise given his experience and name recognition as a two-term vice president.

Cobb said voters in this election are looking not just at a candidate’s ideals, but their electability, especially among a broader and more diverse electorate.

“Democrats need a broad coalition that absolutely needs to pull in people of color,” Cobb said.

The candidates now look ahead to the Nevada debate on Feb. 19 and the state’s caucuses on Feb. 22.

With only twenty four delegates at stake, New Hampshire was not a crucial state for victory in this election. However, like Iowa, it gives candidates momentum going into the Nevada caucuses and South Carolina primary later this month, and beyond to Super Tuesday on March 3. 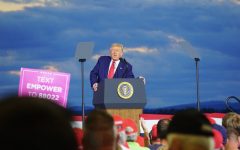 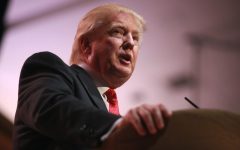 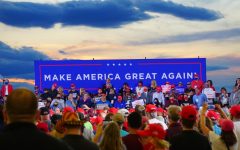 Can Trump take electoral votes away from Biden, despite losing in ‘winner take all’ states? 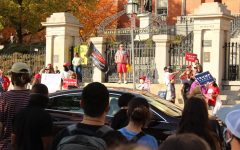 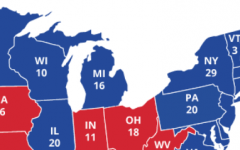