For the first time, Suffolk University’s two comedy clubs, Seriously Bent and Who’s Askin’, combined on one stage to give students a night full of laughs, skits and plenty of improv. The show took place on Jan. 30, packing the Sawyer building’s third floor lounge despite being on a Thursday night.

The two groups focus on different kinds of comedy and showcased their own individual talents before delving into the other’s area of expertise.

“A lot of us are within the theatre department or just know each other from the PAO [Performing Arts Office], so we’ve wanted to do this for a long time,” said Suffolk senior and Who’s Askin’ Treasurer Austin Sheridan. “We’ve talked about it and eventually it came to be. Our President Ma’chel [Martin] talked to Kaleigh and we decided to get it done. We wanted to put on a 15-minute set for us, a 15-minute set for and then just a little bit of a collab at the end.”

Who’s Askin’ opened the show, performing some of their classic acts as well as a few new sketches. Who’s Askin’ focuses on sketch comedy, in which the comedians follow a set script for how their scene plays out.

Following the sketches, Seriously Bent began a series of improv skits, where, after receiving a suggestion from the audience, the comedians would on the spot create scenes that often were not pre-rehearsed.

“Everything after the two 15-minute sets, we planned the structure of writing our sketch while they [Seriously Bent] did their improv, but our sketch was planned on the fly,” said Sheridan.

Here’s where things got a bit of a shake-up. Both groups were given 15 minutes while the other was performing to create their own sketch.

Who’s Askin’ had a hilarious skit about the reality of orientation vs real life (and those darn Sodexo deliveries outside of Miller Hall). Seriously Bent, after taking a suggestion from the crowd before-hand, gave the best Tide Pen commercial anyone’s seen in years.

“I ran back [to the office] while Molly took a few pictures of Who’s Askin’ while they performed. The group just started tossing ideas back and forth, rapid fire,” said Seriously Bent co-captain and theatre major Kaleigh Ryan.

“Someone said song, and we love musical improv,” said Mollykate Rodenbush, a senior journalism major and the group’s other co-captain. “I think because we do improv so much and we’re so used to doing suggestions, it was kind of easy for us to start the scene and then go from there with the suggestion of ‘Tide Pen’, that really helped.”

“We started rhyming Tide with other things, because rhyme sets you up so easily for dialogue, and rhyme is always going to be at least a little funny, so we could rely on that,” said Ryan. “If an improviser starts singing, the audience is on their side.”

After both groups performed their sketches, it was time for some improv. The classic game “My sex is like” takes pop culture and basic life references and forces the comedians to come up with scenarios that compares the reference to “their sex life.” High School Musical, Timothee Chalamet, summer camp and a toaster were all subjects that comedians had to create scenarios with on the fly.

Both groups had the audience roaring with laughter, and by the end of the night, students and performers alike left with a grin on their face.

“I always see Seriously Bent every Thursday in the 150 [Smith Hall] basement,” said first-year Vincent Douglass. “It was fun to see them on this stage with Who’s Askin’.”

Both Seriously Bent and Who’s Askin’ can be found on Instagram at @seriouslybent_su and @susketchcomedy, respectively. 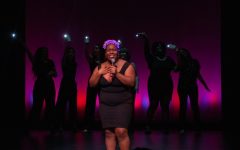 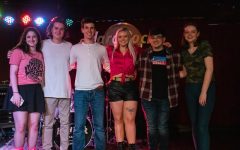 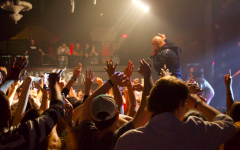