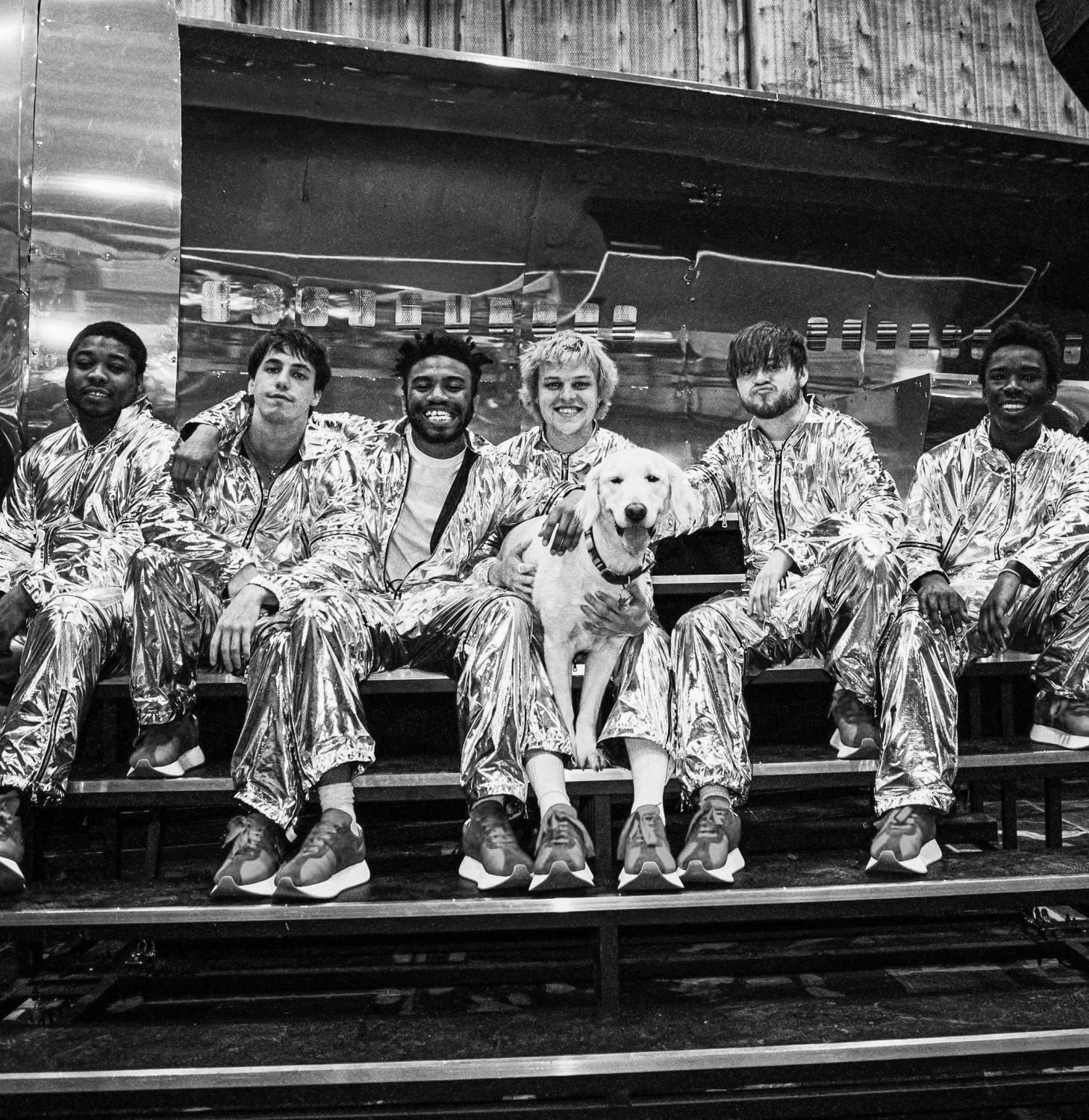 Fans were already jumping and dancing in front of the stage before even half the arena was filled while the members of BROCKHAMPTON were still backstage at Agganis Arena on Nov. 24. When the group finally hit the stage, the energy was somehow intensified as the fans were anxious for the Boston leg of the “Heaven Belongs To You” tour to begin.

Experimental hip-hop duo 100 Gecs opened the show, belting out their autotune soaked lyrics in front of an out of place fake pine tree. Slowthai, a rapper from the UK, was next to perform and his spiteful rhymes and unorthodox delivery had everyone on their feet. The opening acts set the tone for what was going to be a show like no other.

While religion has never been a topic for the boy band, BROCKHAMPTON has never been the type to box themselves in. Their latest album “GINGER” contains numerous song titles tied to religion and their choice for a tour name makes it obvious it is on their minds.

The stage was illuminated by three large crosses that loomed over the performers. Throughout the show, they changed color to match the stage lights that flashed deep blue and purple hues.

The back of the stage floor was elevated on a ramp that the rappers could rap on top of, sit down and sing on, or simply just lay on. At times throughout the show, if one of the members had a solo, like Bearface during the sweet rendition “Sugar,” the rest of the group could hang back on the ramp and let their bandmate shine. The singer’s vocal range allows the group to be more than just a rap group as he often incorporates pop and R&B melodies into his verses.

The six vocalists, all dressed in white shirts and bright orange pants, took turns rapping and singing on all parts of the stage. The group opened with “ST. PERCY,” a track that combines classic hip-hop elements: a low pulsing bassline and a soulful sample from D-Flexx’s “Only God Knows,” contrasted with high pitched synths and frontman Kevin Abstract’s monotone flow creating a sound that is uniquely BROCKHAMPTON.

By the third song they had already started to dig into their bag of hits. “ZIPPER” was the first throwback to their SATURATION album series, but throughout the night they kept a consistent balance of alternating between performing their new album and delivering fan favorites.

The songs that were from their earlier albums received an immediate response from the crowd as nostalgia seemed to  come into  play. Not surprising for a group that has such a dedicated following and fanbase. Songs like “GOLD” and “GUMMY” reminded fans of a time when the group was unsigned and still making their music videos at their house in Texas.

MC’s Matt Champion and Jabari Manwa dropped some of the most memorable verses of the night. From Matt’s iconic open on “BLEACH” to Manwa’s standout bars on the single “BOY BYE” from their latest album. The two most traditional rappers of the group did not disappoint with their performance.

Throughout the night, Abstract would often take a moment to pause from the music and ask the crowd, “Is everybody OK?” before jumping back into mosh-pit inducing tracks. Whie their songs are meant to make you let loose, they often disguise their most vulnerable moments behind speaker busting beats. About halfway through the show, all six performers stood along the front of the stage and introduced themselves, allowing both the audience and themselves a moment to catch their breath.

After this, Abstract invited a fan on stage who was wearing merchandise from a previous concert. A couch was brought out and the band members sat on it while talking with the fan before starting their next song. They rapped and danced around the couch letting the young fan join in on the mic to “1999 WILDFIRE” a hit single from 2018.

When the song ended, all of the members were crammed onto the couch as the lights faded out. A single light came back on, as the group then appeared at the front edge of the stage facing the crowd. From beneath them lights shot out to the ceiling, changing colors until finally creating what appeared to be a rainbow.

To end the night they chose “NO HALO,” an introspective song on which members of the group reflect on their faults and struggles admitting to themselves that no one is perfect and all have issues they are working on. Even as the group grows in popularity towards stardom it is clear from their concert that there is still an effort to make their performances feel personal and intimate.