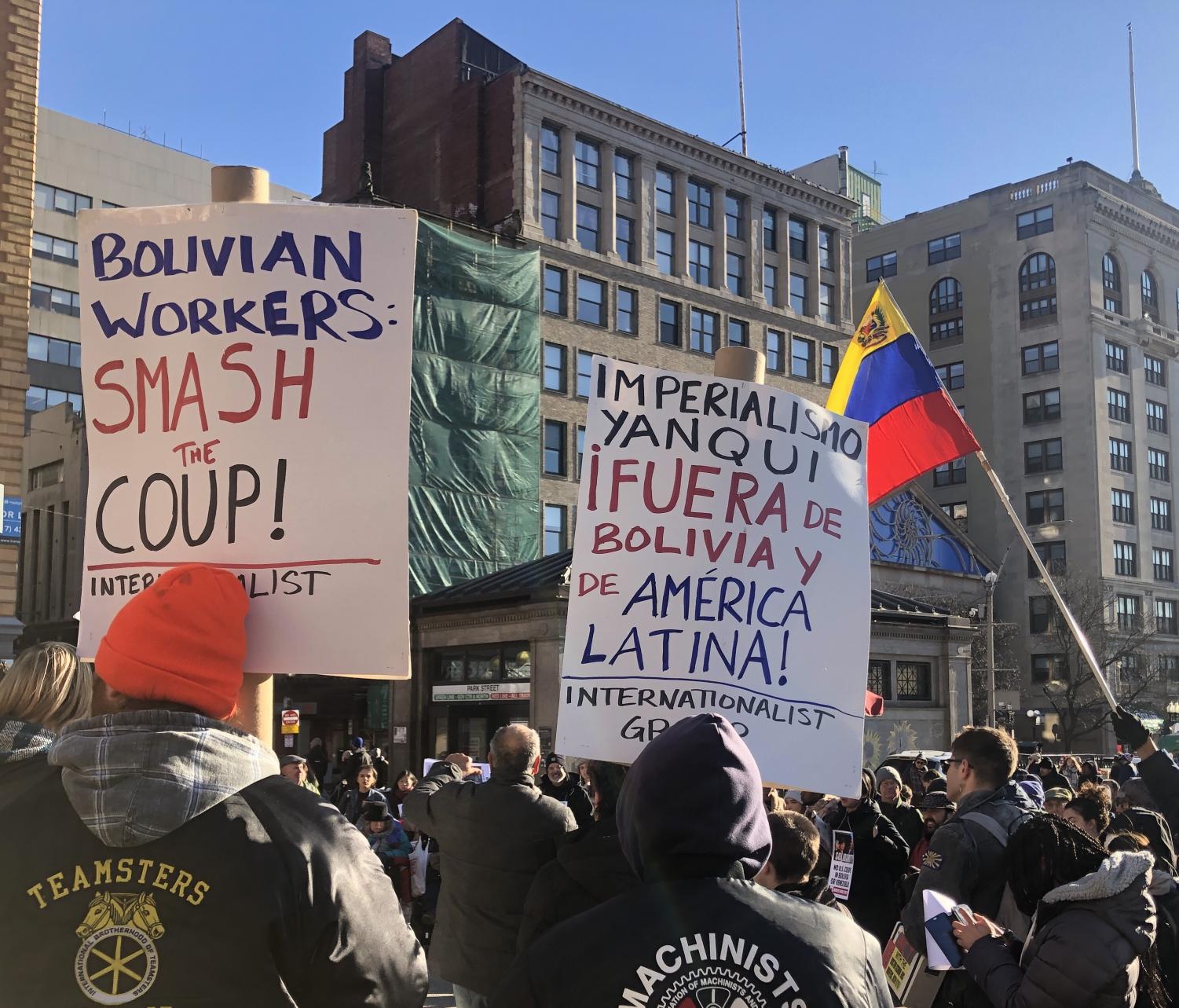 Dozens of impassioned protesters took to Boston Common this Saturday to speak out against the current events in Bolivia that resulted in the resignation of the nation’s former-president of 14 years, Evo Morales.

Hosted by the Boston coalition of the World Workers Party, the “Hands off Bolivia!” march was endorsed by 13 activist groups from across the city, including the Suffolk University Marxist Student Association. 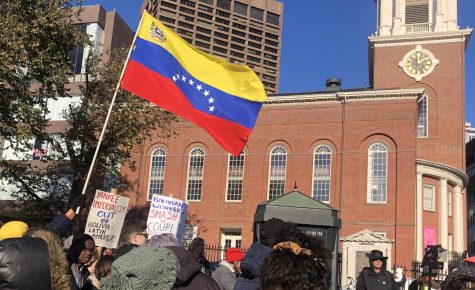 Earlier this month, after much dispute and opposition over his recent October re-election, Morales announced his resignation from the presidency. Although the president had agreed to new elections being held in response to the accusations stemming from the election, the Bolivian military announced that it would support Morales stepping down, according to the BBC.

Many leaders have started to declare this event a “coup,” as the various speakers during Saturday’s protest emphasized.

“There’s no argument that what happened to the popular indigenous led movement in Bolivia led by Evo Morales was a U.S. backed coup to do what the U.S. and the West always do – destroy movements founded in self-determination and socialism,” said Hersch Chaim of the Boston Answer coalition. “The Morales government utilized the vast wealth Bolivia possesses for the betterment of workers and peasants, and while we should be outraged, we cannot be surprised.”

Various speakers from each group spoke out about the historic interference of western imperialism in third world countries and about how the current situation in Bolivia is essentially history repeating itself. 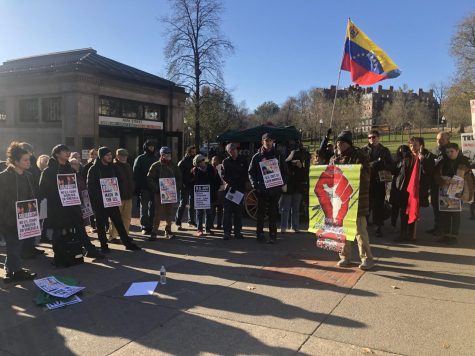 “The history of American involvement whenever Latin American countries elected socialist leaders, from propping up Pinochet in the early 70s in Chile to Juan Guaido in Venezuela nowadays, this Bolivian coup would fit a pattern,” said Charles Gobert, secretary of Suffolk’s Model United Nations. “The motive would also be quite easily found. Bolivia holds 43% of the world’s lithium and were in a trajectory to nationalize it. In fact, they had just rejected a lithium trade deal with the German company ACI Systems.”

“I do think there was a foreign influence in this, and mainly by the United States,” said Sheppard. “The US has a long and brutal history of supporting and initiating coups within leftist, Latin American countries.”

Sheppard said that with Bolivia significantly leaning towards socialism, the US felt threatened and prepared to take action. Morales had made plans to nationalize centers of profit for elite-monopolies and had previously called out the US for its imperialistic tendencies.

“This made him [Morales] a target for the US intervention,” said Sheppard.

During his time as president, Morales governed predominantly in favor of indigenous people, according to the BBC. Early in his presidency, he backed a new, more “plurinational” constitution that would reflect and encompass more of the country’s ethnic groups. 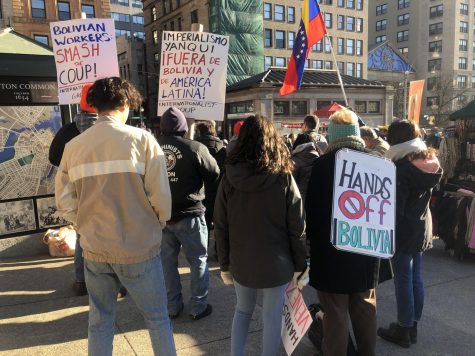 Protesters on Saturday claimed that his resignation was the result of a U.S. backed coup that is aiming to uphold an imperialist government and roll back the social reforms the Morales administration accomplished.

“Morales was not ousted because that’s what the people want, Morales was ousted to roll back the social gains his government has achieved since being elected to office,” said Chaim. “He was ousted so the vast natural resources Bolivia possesses, the natural resources the Morales government has nationalized, are made available to capitalist plendor.”

Protestors were also outraged with the implementation of the new interim president in Bolivia. When Morales resigned, he fled to Mexico. All other leaders in succession also resigned, leaving the nation in a power vacuum, according to The New York Times.

“It’s not a coincidence that while Morales seeks asylum due to extreme right-wing violence, Anez steps in,” said Sheppard.

“The whole operation was an undemocratic violent and racist coup against not just Morales but the indigenous population of Bolivia,” said Gobert.

One of the leading opposition leaders, Jeanine Anez Chavez, the Senate’s second vice president, took over the position, according to The New York Times. Protesters claimed Chavez was put in this position by the U.S.

“The fact that the U.S. and its puppet organization the OAS [Organization of American States] has installed an unelected, fundamentalist Christian, who failed to include even one indigenous leader in her cabinet, shows that Morales was not ousted for the sake of democracy,” said Chaim.

“Anez is also right-winged. She’s anti-indigenous and anti-Morales, which as I said, is no coincidence. She’s explicitly made several anti-indigenous comments before, including calling indigenous celebration “satanic,” said Sheppard.

“Back in 2013 she tweeted, “I dream of a Bolivia free of indigenous satanic rites, the city is not for the “Indians”, they better go to the highlands or El Chaco”. That tells you everything you need to know about her,” said Gobert.

Members of Suffolk’s Marxist Student Association expressed what is currently happening in Bolivia is not old news and that third world countries have been impacted by imperialism for centuries. The group feels that in order to combat these issues, it is important to hold discussions about these events on campus.

“We were speaking about the importance of student engagement in this work as well and that these conversations need to be happening in institutions where there are so many people who are in power and have the means to help enact real change on campus,” said Queen Wade, a senior at Suffolk. 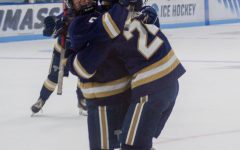 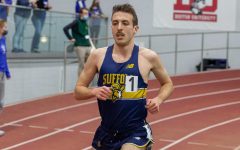 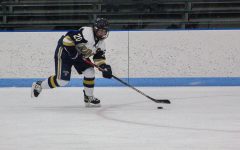 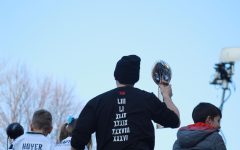 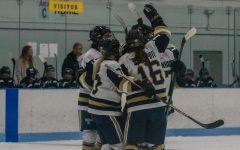 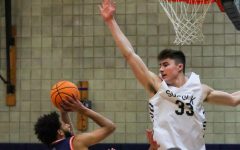