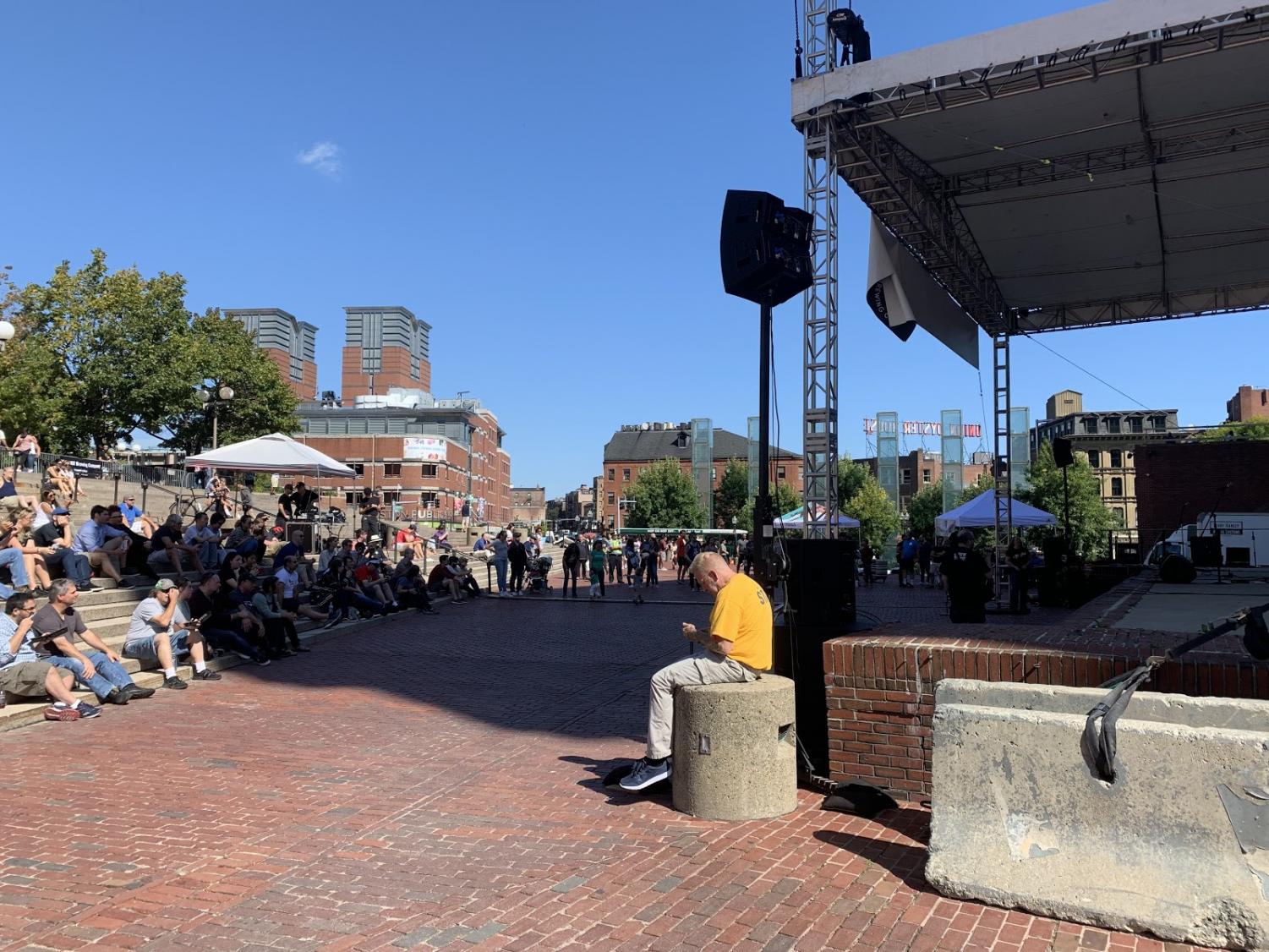 Live performances, food vendors, a beer garden and artists selling jewelry, clothing and wearable flower arrangements all gathered on City Hall Plaza this past weekend for Boston’s first Local Music Festival, a free event showcasing 50 local bands and indie musicians. While the festival kicked off with a slow start on Saturday morning, it quickly escalated by the afternoon, pulling people in to see various performances. By 6 p.m. when the festival was supposed to end for the day, the crowd was still full and the performers were still giving their best show.

Even vendors selling their work were astonished by the talent in the performances.

“I found out about it online through a friend, absolutely would come back next year,” said Dakota Achin, a vendor for Unlocked Tie Clothing & Apparel, in an interview with The Suffolk Journal.

This festival was open for all to come and check out, and people from every age group were there. Grandparents dancing around with their grandkids, couples on a date and teenagers just hanging out were all in attendance.

City Hall Plaza is in the heart of Boston, so it was an ideal place to host the festival since it is centered around some of the city’s most populated attractions. However, it was hard to distinguish what the event was without prior knowledge. The music did attract people and once there, they got the idea of what it was. For those just walking around, they may not have been able to tell that it was a festival.

While attendees said they did enjoy the event, they also believed there were a few things that could’ve been done to make it even better, such as adding more vendors or making a better entrance to make it stand out.

Although the festival was something of its first, local musicians are a force that has been impacting the city for decades. The music scene in Boston has been famous for pumping out well-known bands like Aerosmith, who were known as “the Bad Boys from Boston,” to The Pixies. Even with the success these groups attained throughout their careers, they all had their start right in this city with the support of their community believing in their talent.

The same goes for all the musicians who performed at the festival, every band or solo artist had impeccable amounts of talent. It was obvious that most are more than deserving of a successful career in the music industry someday as they had an ample amount of people in front of them cheering them on.

If you were in search of finding new music to check out or just to have a fun day with your family and friends, this was the perfect event that catered to all types of people. While there was room for improvement in minor areas, this was only the inaugural year, so many more successful installments seem to be in the festival’s future.