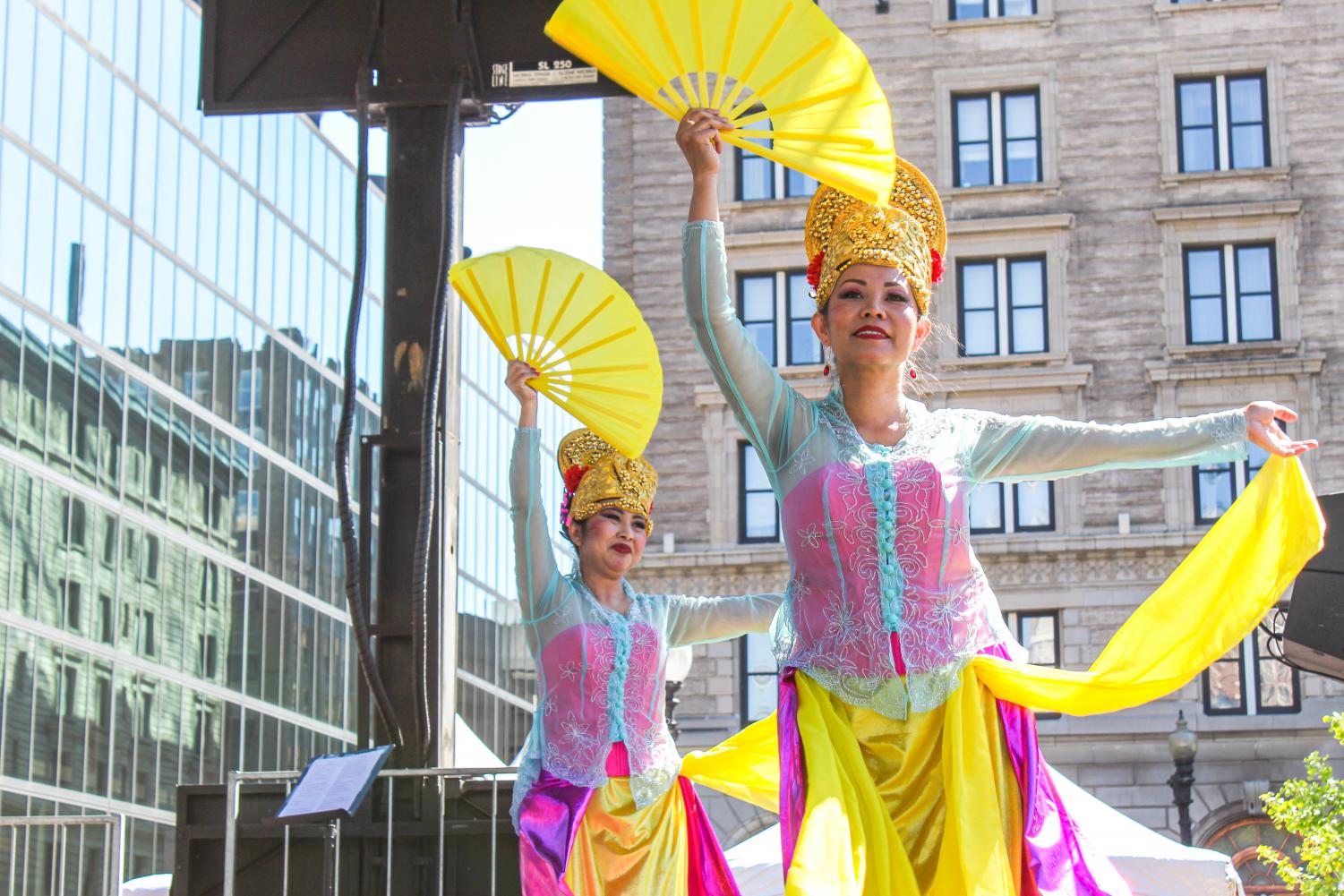 Food vendors, craftsmen, artists and performers from across the globe came together to participate in what has become the largest Indonesian festival on the East Coast.

The beautiful weather made for a picturesque scene in Boston’s Back Bay, with the iconic Trinity Church and the historic Boston Public Library as a backdrop. Aromas of spices and smoke wafted from the food stands lining the back of Copley Square while vendors and craftspeople displayed their products in booths flanking the perimeter.

The event was organized by PERMIAS Boston, an organization that unites Indonesian college students across the United States. Several students from Suffolk’s Southeast Asian Student Association (SEASA) helped facilitate the festival alongside PERMIAS.

For SEASA president and Indonesia native Joseph Effendy, who volunteered with PERMIAS, this year’s festival was one of the best he’s attended.

“There were people from different races and different places in Asia that were interested in what was happening,” Effendy told The Journal. “Regardless of where you were from or what culture you grew up in, everyone was having fun.”

Not only was the festival a place for the Indonesian community to congregate, but also for people all across New England to gather and immerse themselves in a whole new culture.

With cuisine being one of the most defining cornerstones of the region — and there was certainly no shortage at IndoFest. Nearly a dozen food vendors participated in the festival, each providing unique flavors of Indonesia.

One of the most popular dishes was Indonesian satay. The widely enjoyed, traditional satay is composed of grilled chicken on a stick coated with sweet and savory peanut sauce. Other dishes at the festival included a variety of vegetables, tempeh, fried rice, fish and meat, typically all served with spicy chili sauce.

“[The vendors] had a really good way of explaining what was in all the foods,” said first-year public relations major and Indonesia native Jasmine Theodore. “It can be really confusing because our foods are kind of a mix of everything.”

Dozens lined up to get a taste of the cuisine. Having only been in Boston for a month after leaving her home of Jakarta, Theodore was excited to taste a little slice of home at the festival.

“I was so happy to have a feeling of home, I called my mom afterwards to tell her that I finally got to eat Indonesian food again,” Theodore said.

From bubble tea to satay to traditional Indonesian pastries, hardly any mouths were empty as spectators wandered throughout the festival.

“For Indonesians and Southeast Asians in general, food is what attracts us more than anything else,” Effendy said. “Food is a very big part of our culture.”

With bellies full of traditional Indonesian delicacies, attendees ventured toward the stage where performers and musicians took the spotlight to express their culture through music.

Over 13 musical acts performed, frequently interacting with the crowd. Indonesia is often referred to as “the thousand islands.” Effendy explained that because there are so many different regions within the nation, there are a lot of cultural differences the festival helped him to realize.

“I felt like it actually showed me more about Indonesia than I ever saw back home,” Effendy said. “Everything from Jakarta I knew, but the IndoFest actually had performances from other parts of Indonesia as well. So I learned a lot of musical performances that I didn’t know were a thing.” 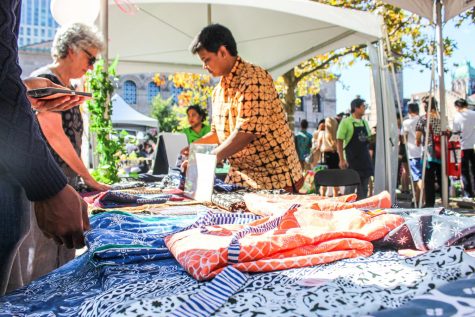 Some of the musical groups like Anatasya Poetri performed songs about various aspects of Indonesian culture and religion. Groups like Nusantara Kreasindo performed traditional dances including Asmarandana, a style of dance that fuses Balinese and Javanese dances.

“We have unique sounds when it comes to the music, and the traditional dances are not what you see every day,” Theodore said. “All of the culture was really shown there.”

Between the food and the music, vendors and craftspeople provided a deeper look into other aspects of Indonesian culture, such as clothing.

“Being Indonesian, I want people to learn more about my culture,” said Suffolk senior and public relations major Dina Abeng told The Journal. “This festival is very special to me because of the history behind everything that’s represented here.” 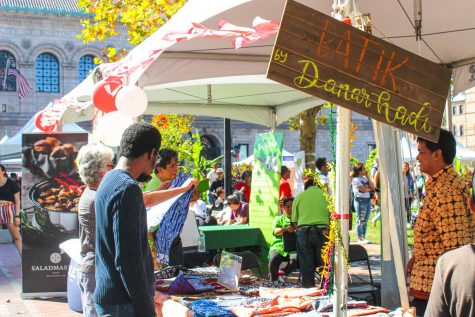 Abeng and a group of her peers represented one activist group for Borneo Orangutan Survival. The group takes care of and helps rehabilitate over 530 Bornean orangutans, a severely endangered species from the Indonesian island of Borneo.

The organization was selling T-shirts to raise money and awareness for their cause.

“It’s great to be educated about everything from fashion to food to music,” Abeng said. “It makes me proud of my culture.”

One vendor traveled all the way from the Indonesian island of Java to sell clothing made from batik — a fabric made entirely from cotton, meticulously dyed using hot wax through a traditional, elaborate Javanese technique. 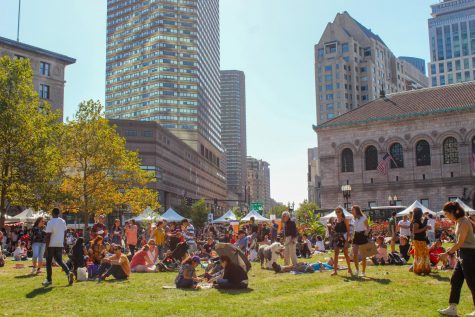 Representing Danar Hadi, a batik fabricating company located in the region of Solo in Indonesia, 35-year-old Aryo Vidyarto has been traveling all over the world to teach people about the centuries old tradition of batik.

“This fabric is for anyone to wear,” said Vidyarto told The Journal. “Our company’s goal is to educate people about batik.”

His passion for batik comes from the history attached to the fabric. Dating as far back as 1641, batik was originally only for royalties. Vidyarto explained that Indonesian batik is high quality due to its complex colors and process. 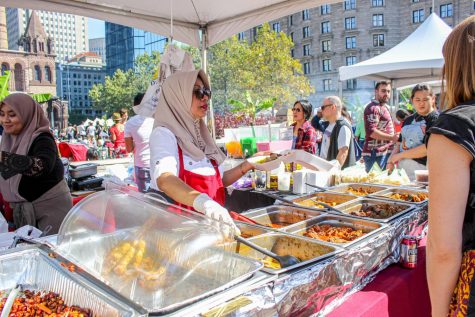 “We want to teach people that this is a traditional art, that this is the cultural heritage of Indonesia,” said Vidyarto to The Journal. He defined batik as the fabric uniting Indonesia from past to present.

Every aspect of the festival helped to better educate the public about the Indonesian lifestyle.

“I saw a lot of Americans getting excited too,” Theodore said.

She said one of the best parts of the festival was seeing people from different backgrounds interact with Indonesian culture. She brought her Chinese and Japanese friends to the festival and was excited to see how much they enjoyed it.

“It’s a way to introduce them to a little bit about your home country,” said Theodore. 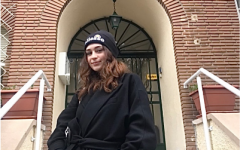 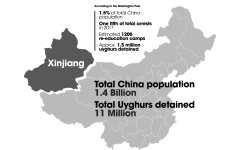 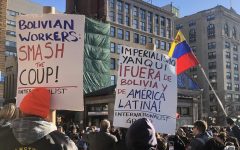 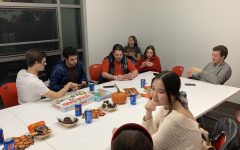 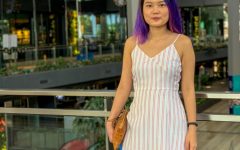 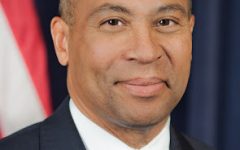