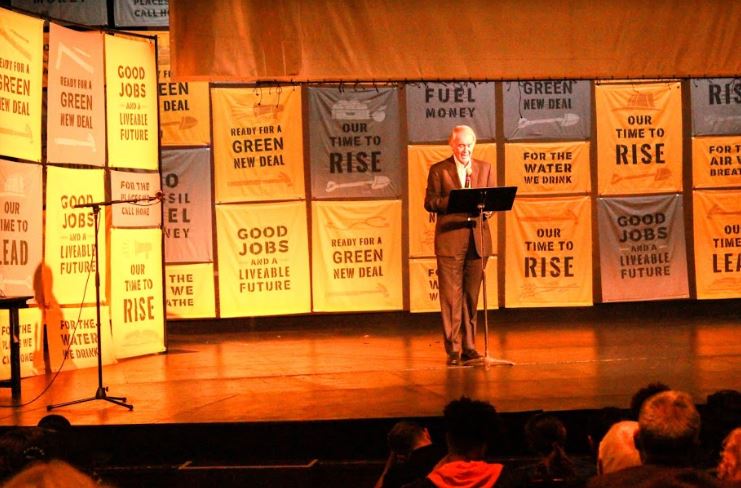 On Thursday, hundreds of people of all ages gathered at the Strand Theater in Dorchester to rally in support of the Green New Deal. Organized by a group of youth activists from all over Boston known as the Sunrise Movement, this rally was the first in the organization’s Road to a Green New Deal Tour.

“We launched Sunrise with a really simple vision,” said co-founder of the Sunrise Movement and the evening’s host Varshini Prakash. “To make climate action rooted in racial and economic justice and equity.”

Established in 2017, the Sunrise Movement was formed as a national coalition of activists and allies to combat climate change in order to seek a sustainable and just environment for all. The organization quickly gained attention and soon a variety of Sunrise hubs were established in cities across the country.

The Sunrise Movement has decided to stand behind Representative Alexandria Ocasio-Cortez and Senator Ed Markey’s Green New Deal because they believe it is the best way to establish equity through job creation while addressing the climate crisis. Speakers like Representative Ayanna Pressley and Senator Markey joined the rally to encourage individuals to stay hopeful and motivated in combating climate change.

“The impacts of climate change are intersectional on our public health, on our human migration, on national security. So we come here tonight to usher in a progressive movement,” said Pressley during the rally. “We are here to offer a vision for our world, and to double down and offer a commitment to work towards that world and to actualize that vision because we know climate change is the most persistent threat to our nation.”

Throughout the event, the Sunrise Movement showed videos from youth members within the organization telling stories about how climate change has impacted them.

Speakers at the rally explained that the issue of climate change is widespread and far reaching to  people from all socioeconomic backgrounds in all areas of the world. The Sunrise Movement has been persistent in their fight for climate action and emphasized the importance of maintaining hope when it can be difficult.

Prakash said that the Green New Deal sets aside just 12 years to reform how society functions today in order to maintain a safe global environment. However, she expressed that the Sunrise Movement must be adamant in their fight for making the Green New Deal a national priority, despite backlash.

“What we must be motivated by is hope, not fear,” said Pressley in the rally. “We have an opportunity to hope, to demand and to work for, work towards and to usher in the necessary shifts in policy and practice that will ready us to address the persistent impasse of climate change.”

Cheers and applause reverberated throughout the theater as each speaker offered words of encouragement and hope to audience members.

“This generation, your generation, is rising up and demanding that we protect the planet against the greatest challenge of our time – climate change,” said Markey during the rally. “And in the face of opposition, in the face of Donald Trump, you are not agonizing, you are organizing to instill fear into the face of the fossil fuel industry.”

For event attendees and Sunrise Boston members, hope is the key to achieving equity both politically and environmentally. For high school teacher and Sunrise Boston volunteer Sam Dreyfus, educating students on hope is important for continuing the fight for climate justice in the future.

Local environmental organizations also collaborated throughout the evening to spread greater awareness for climate action. Several tables were set up to display some of the sustainable work being done in the Boston community.

Bootstrap Compost, Mothers Outfront, Green for All, Massachusetts Peace Action and the Northeast Organic Farming Association were just a few of the local organizations that came out to co-sponsor the event alongside Sunrise Boston. 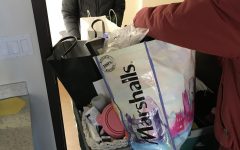 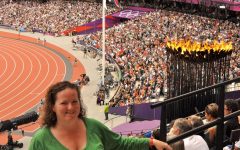 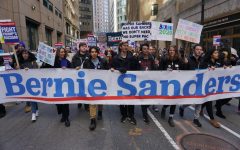 Sanders supporters rally, march in Boston ahead of Mass. primary 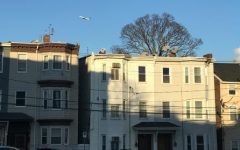 Suffolk commencement to be held in person next May 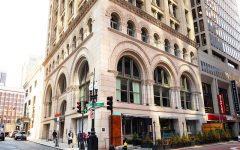 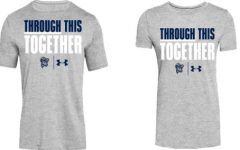 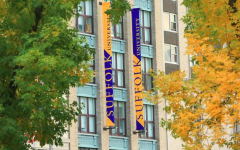