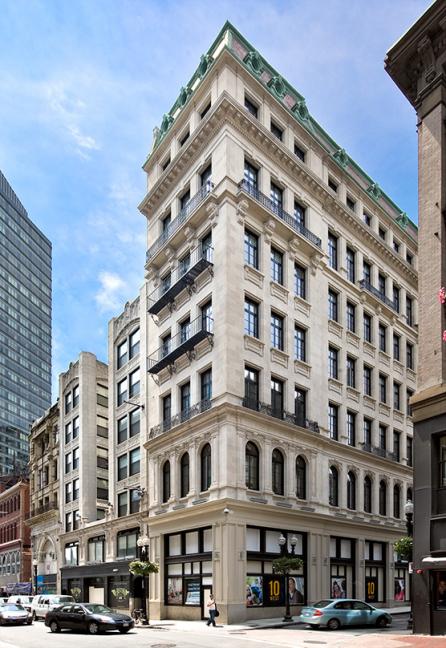 Students living in the 10 West and Modern Theatre residence halls say they are frustrated with the lack of frequently inoperable elevators, as well as issues with water pressure and temperature, and room temperature.

There are weeks when as few as two of the complex’s five elevators are working, several residents have gotten stuck in an elevator and one of the elevators has not worked for most of the spring semester, students told The Suffolk Journal.

When the one elevator that goes up to the 11th floor breaks, about 100 students have to take an elevator to the sixth floor and then walk up the stairs the rest of the way to their floor, according to residents.

“I feel out of breath,” said Mia Dalessio, a freshman psychology major, who added she has to walk up five flights of stairs when the elevator breaks.

Domenico Odoguardi and Caden Smith, both freshman business majors, said they were recently trapped in one of the elevators. The two reportedly pressed the call help button and were greeted by the operator who said she was going to call facilities.

The two said they were stuck in the elevator for half an hour after they pressed the call button for help.

“No one came, and so I got up and pushed the elevator doors open myself,” Odoguardi said.

Very recently after this incident, sophomore business major, Giovanni B. Stabon, said he was stuck in the same elevator for half an hour. He got onto the elevator, which took him to his floor, but once he got there the door did not open. Sabon did not have to press the call button because he called his friend who then went to the security guard.

“There were 10 firemen outside the elevator and they asked me to push, to try and open the door from the inside and then they opened it after 10 minutes of trying,” said Stabon.

For many students, the thought of the elevators breaking is a serious concern. According to pre-law freshman Hannah Beliveau, the inspections on the elevators are long overdue.

“They rumble, they’re scary. They don’t put up the expired dates [for inspections],” Beliveau told the Journal.

Nancy Kelleher, associate director/managing editor for news in the university’s Public Affairs Office, said in an email to the Journal that the university is aware of these conditions and is working with contractors toward fixing the problems to restore the elevators to full service.

Ashley Lindsey, director of facilities operations at Suffolk, said the elevator at 10 West that has been down all semester is awaiting duct work for a vent that had never been needed before, and that the elevator was otherwise safe to use before it was shut down. She also said the elevator issues at 10 West are often rooted in the age of building’s resources.

“We’re constantly trying to upgrade things, so that’s why one of the elevators is down for like ever [at 10 west], and one thing I’m trying to get a grasp on is trying to communicate elevator outages to people because it’s pretty typical for the occasional elevator [to go down] in the 10 West/Modern area,” said Lindsey, who also said it is usually a “very easy flip of switch” to bring the elevators back up and running.

“But every once in awhile there’s something either the inspector sees, or something goes down, or there is something wrong where a special kind of tech has to come out or they have to order a special part,” said Lindsey.

Lindsey also said ABM, the company responsible for maintaining Suffolk’s elevators, does not always respond to issues right away because “the elevator industry is very proprietary” and “has very specific unions.”

Shigeo J. Iwamiya, the director of residence life and housing said he is “extremely unhappy” hearing that students have been stuck in elevators.

“I know for a fact that the city does inspect our elevators and they passed, so there must be something going on,” said Iwamiya. “It very well sometimes comes down to human error. Sometimes if an elevator is held too long, and this happens at 73 all the time, the elevator [doors] don’t close, so there’s that component.”

Although Residence Life is not responsible for fixing the elevators themselves, Iwamiya wants to make sure students know how to report issues with the elevators and that they always feel safe when using them.

“If a student ever is concerned about things or doesn’t feel safe in a residence hall, please let me know,” said Iwamiya.  “I can certainly work with facilities and whoever needs to know [to fix an issue].”

Iwamiya said students can report issues with elevators or with the residence halls to the Student Government Association, Residence Life, Suffolk security and police officers and facilities.

Frequently, students living in the halls have reportedly received emails detailing the water and elevator conditions. Students have said the emails do not include enough detailed information.

“They sent an email out that the elevators were broken, or the one that I use was broken, and I wasn’t sure if I was going to get to my 8 a.m. in the morning because they didn’t make it clear if it would be ready by that time,” Dalessio said.

Over winter break, a new boiler was installed, which led to the residents’ receiving another email explaining the lack of hot water for a period of time. Although according to residents like Kelleher, there was a time of adjustment until they went back to full working order.

Maintenance orders are constantly being put in for these problems. Students said it is not uncommon to find maintenance providing students with space heaters for the dorm rooms, despite the heaters not being allowed in residence halls because of the fire hazard. Beliveau explained how her suitemates’ room temperature was so cold they had two space heaters in their dorm.

Students say they believe there are design flaws in the building that affect the room temperatures. Along with drafty windows, Smith blames the singular heating vent for the low temperatures in his room. Students said there are temperature inconsistencies within the rooms, as well.

“My room was 59 degrees all day and 80 degrees when we woke up,” said Julia Hunt, a freshman biology major, in an interview with The Journal, “and there was never an in-between.”

Regarding the need for space heaters, Kelleher said the university is planning to replace parts of the heating system in the two residence halls. Due to the need to have access to individual rooms, the work will be addressed this coming summer according to Kelleher.

Hunt and Beliveau said they have also both experienced inadequate water systems in their dorms.

“Yeah, we don’t have water pressure at all, and our drain doesn’t drain,” said Hunt and Beliveau in an interview with The Journal. “Our water pressure for the first semester was dripping.”

The water dilemmas do not seem to be a one room issue. Multiple students have spoken about their drains. Both Hunt and Beliveau said it did not get fixed until February.

Kelleher told The Journal that if students have problems that they would like Facilities to address they can go to the Resident Life Office in the building to fill out an online work order. University staff are monitoring the situation to address all concerns as quickly as possible according to Kelleher.

As the end of the semester quickly approaches, students have voiced that their living conditions in these residence halls are not what they paid for.

“I feel like this happens too often for the amount of money the ends up getting paid to the school to live in these buildings,” said Smith.