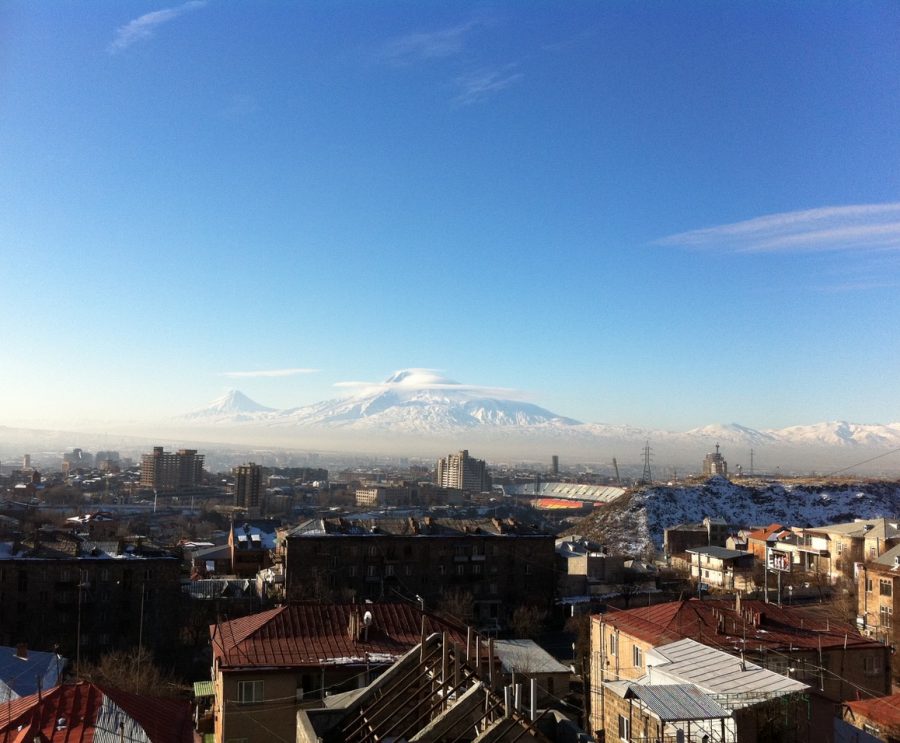 Mount Ararat and the city of Yerevan, Armenia

Photography has the power to open doors to culture and history all over the world. For Suffolk University photojournalism Professor Ken Martin, traveling is one of the most powerful ways to refine photography skills and to tell the stories of diverse cultures.

Correction: This article previously stated that Suffolk students were able to take Martin’s photojournalism course through the American University of Armenia (AUA). Suffolk students are unable to take the course because formal relations are not established between Suffolk and AUA.

This summer, Martin will be teaching students about the art and significance of photojournalism through his three-credit class, Lens on Armenia: Photojournalism in Yerevan, at the American University of Armenia (AUA). Utilizing the ancient region of Armenia and the historical capital of Yerevan as the backdrop for this summer course, Martin plans to introduce students to the basics of photography alongside the cultural context of the nation.

“When you learn photojournalism, you are on the front lines of history,” said Martin in an interview with The Suffolk Journal. “With that you learn how to act in the field and how to be a professional gatherer of information.”

As a lifelong photojournalist, Martin has experienced cultures from all over the world through teaching, traveling and taking photographs. He has taught a variety of summer classes, all revolving around photography and journalism.

Martin previously taught classes through Suffolk University in Madrid, Italy and at Suffolk’s former Dakar campus in Senegal in West Africa. Although his Armenia course is not directly offered through Suffolk, Martin explained that students at AUA can apply to take the course over the summer.

“I was contacted by the American University of Armenia, they were familiar with my study abroad classes, they had been apparently following me for some time,” said Martin. “They asked me about going to Yerevan in 2019 in the summer. It just so happened I did not have a summer class scheduled with Suffolk, so I agreed.”

Martin explained that this class will be structured in a similar manner to his other summer courses. The class will focus on telling the various stories of Armenia and its culture while polishing their photography skills.

“Students will learn about the country through their explorations with the class,” said Martin. “First, we learn about basic photography, how to use your equipment and the history of the field and what people have done before.”

Filled with excursions throughout Armenia, the class is meant to give students a thorough understanding of all aspects of Armenian history and culture. Martin explained that his students will put together photo essays to portray the lifestyle, politics and history of the nation.

Previously under the rule of the Soviet Union, Armenia has only been an independent nation for about 25 years, according to Martin. Prior to that, the Armenian genocide in 1915, although not recognized internationally, is responsible for the displacement of a significant portion of the Armenian community.

As more nations have begun to acknowledge the struggles of the Armenian community, Martin expressed how modern Armenian culture has been impacted by the country’s past. Martin said that he hopes this course will allow students to develop a further understanding of the nation’s history and a deeper appreciation for the culture.

“There’s nothing like study abroad to learn how to become comfortable  working in a foreign environment,” said Martin. “You get around, you see things, you meet people. You tell the story of the home country.”

For Martin, the main purpose of photojournalism is to tell stories through a visual medium. In Armenia specifically, Martin explained how the political newness of the country as an independent entity and its profound history will give students plenty of topics to showcase and stories to portray.

“There’s so many stories. For most, it’s new territory,” said Martin. “It’s an ancient country. The capital Yerevan is older than Rome. It’s a country and a region that has had many firsts.”

The archaeology, religion and political discourse of Armenia are notable points Martin has planned to introduce his students to. One of the cultural sites Martin has discussed bringing the class to is the Areni Cave.

Numerous discoveries, including one of the first wineries and even the first human shoe were discovered in the cave, according to Martin. The ancient city of Ani, also known as the City of 1,001 Churches, is another cultural destination Martin hopes to expose his students too.

While Armenia, just the size of the state of Maryland, may seem like somewhat of an obscure place to travel to, Martin explained that tourism is on the rise.

“It’s like an open-air museum today,” said Martin. “Tourism is beginning to increase as people are looking for alternative sights to visit to learn more about our world.”

Martin expressed his excitement for the world of photojournalism and the opportunities that his course will bring to his students.

“When we finish teaching these seminars, students know what the field is all about,” said Martin. “Photojournalists often times uphold causes. I ask students to do projects on something they’re concerned about.”

By following his concerns and staying motivated, Martin has made it his goal to spark passion within his students to use photojournalism to convey powerful messages. Teaching this course in Armenia has given Martin another chance to provoke a journalistic drive in his class.

“I’ve made it a part of my lifestyle,” said Martin. “It’s about the struggle for human rights and justice on all levels. I really believe that people, no matter what their situation in life, want to live in dignity. I try to do that with my photographs.”

Correction: This article previously stated that Suffolk students were able to take Martin’s photojournalism course through the American University of Armenia (AUA). Suffolk students are unable to take the course because formal relations are not established between Suffolk and AUA.

The Suffolk Journal's new show with Studio 73, The Suffolk Insider! This week, catch Staff Writer Grace MacDonald talk about what life is like at One ... 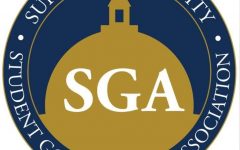 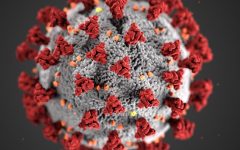 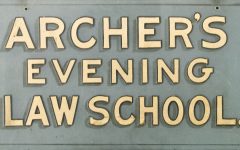 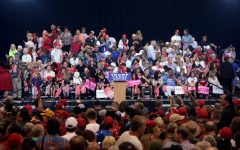 Race to 270: Trump, Biden go back on trail and hold town halls