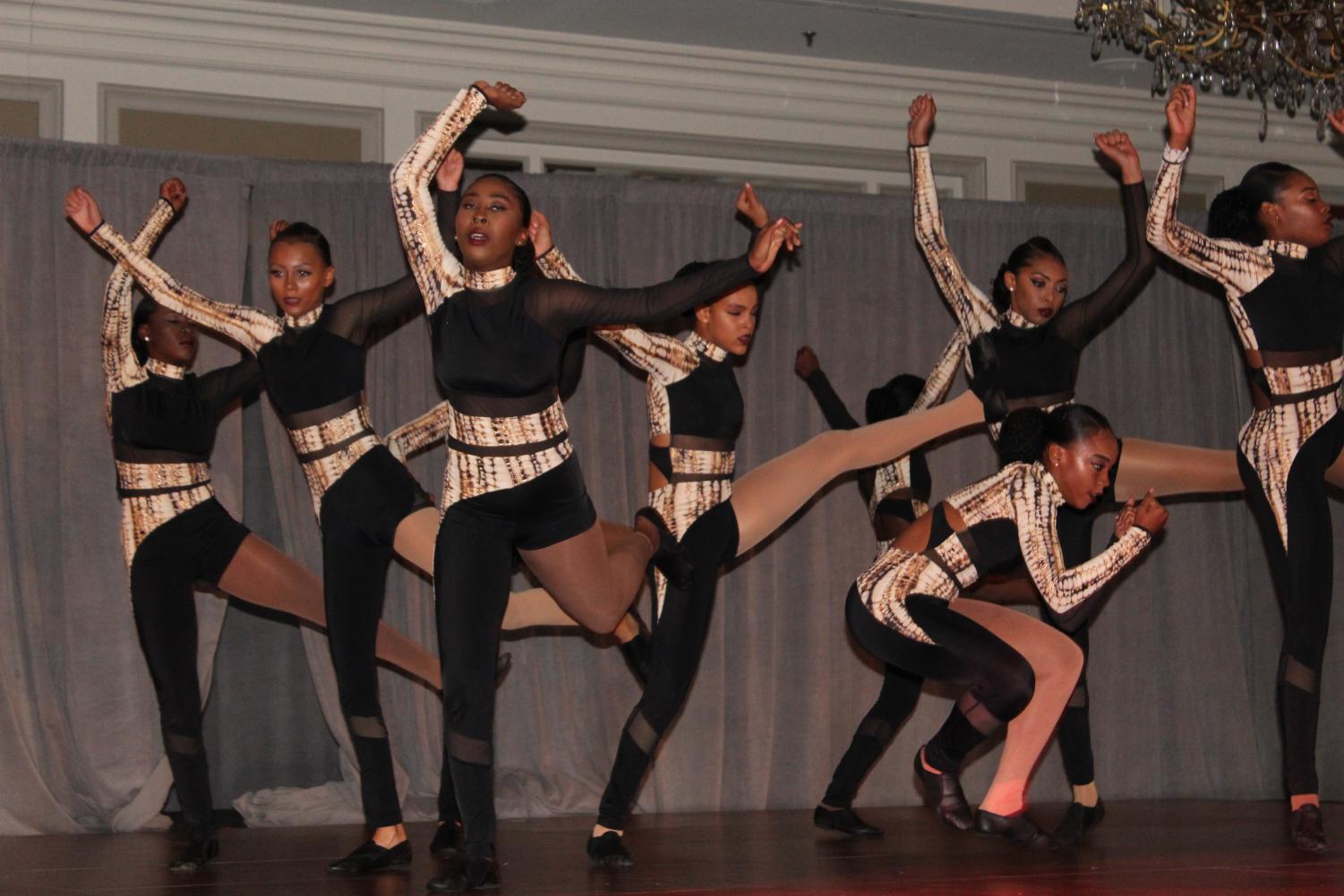 Bright colors and lively rhythms filled the Hyatt Regency Hotel on Saturday night as members of the Caribbean Student Network (CSN) took the runway in the group’s 30th annual fashion show, “Elements.” Through highlighting the unique personalities and styles of each club member, the night showcased the different forms power and unity can take through self-expression.

“Everything was superb. The transitions were smooth. The designers were punctual. The models slayed. The dancers were amazing. It was a great night,” said Malik Richard, CSN president, in an interview with The Suffolk Journal. “I felt the culture come alive.”

Featuring student designers, local brands and the island of Anguilla’s premier dance company, “From Within Dance,” the show presented a vast variety of styles and discussed the differences between nature’s four elements: earth, water, fire and air. The event emphasized that these differences in nature and fashion are more united than they may seem.

“Elements control how we think, move and feel,” said the voiceover at the beginning of the show. “Together, the elements work to make every living being whole.”

For Jo’lise “Jello” Grant, CSN vice president, the theme of elements seemed like it would work best for the group based on the unique personalities of each member.

“Each E-board member represented who they are as an element,” said Grant in an interview with The Journal. “Just like the elements in the real world, they are all beautiful separate but even better together.”

The show opened with a number by “From Within Dance.” Each of the four elements were represented by a dancer and a unique style of dance. The powerful movements and intense music conveyed how emotional and difficult it can be to maintain balance in the world, and in this case, between four very different elements.

The dancers depicted that while Mother Nature almost faltered under this struggle, the four elements were united by harmony, moved together as one and embraced their differences to create a stronger world.

This message of intertwined diversity and unity was seen throughout the collections that showcased on the runway, especially in one by award-winning designer Tonya Nichols and her brand “Imperfectly Perfected Designs,” which will also be shown at this year’s Paris Fashion Week.

Nichols’ collection was inspired by her late mother’s creativity, strength and confidence and consisted of classic silhouettes and bold fabrics. While the first several looks were sparkly gowns that epitomized the traditional definition of glamorous fashion, the collection gradually showcased how glam fashion can take many forms and defy gender norms. This included a woman wearing a loose pea coat dress with strong shoulders, a man wearing a form-fitting pink lace shirt and several street-style inspired looks; many of which emphasized the models’ bodies.

A collection by “Tainted” also celebrated body positivity. The line was a bright and bedazzled array of swimsuits that ranged from more conservative two-piece looks to tiny bikinis that were often accessorized with feathered headpieces or angel wings.

Other collections by “Afrocentric Designs,” “Fly Girl” and “Omooba Fashion” showcased bright, intricate African prints and demonstrated how African-inspired fashion can be trendy, sophisticated and alluring for men and women in every area of fashion.

A collection by “Imose Wraps” also showed how traditional African head wraps can be modern, on trend and worn anywhere from work to a night out on the town.

Leah Grannum, a Suffolk Black Student Union member who attended the event, was encouraged by the representation seen in the show.

“Initially, going into it, I was not expecting it to be just a casual fashion show,” said Grannum. “I love how long it was and all of the body positivity that was displayed. It was just really nice to see all of the diversity.”

CSN included a diverse variety of brands throughout the show as well. Streetwear brands like “Hoofly” showcased stylish t-shirts, sweatshirts and jersey dresses.

Diamond Tarwoe, a model in the show and friend of the “Tainted” designers, said she felt welcomed by CSN and was impressed with how the show turned out.

“The vibe was pretty chill,” said Tarwoe. “There were a lot of serious moments, but overall a lot of the designers let us do what we wanted and wanted us to be comfortable on stage so that not only are we representing their brand, but were also showing people that we could be comfortable in our own skin and wear their product at the same time.”

“We got big plans [for next year], but we’ve got to top this year,” said Sylvestre. “We flew out a team from Anguilla. We can only go bigger than that.”