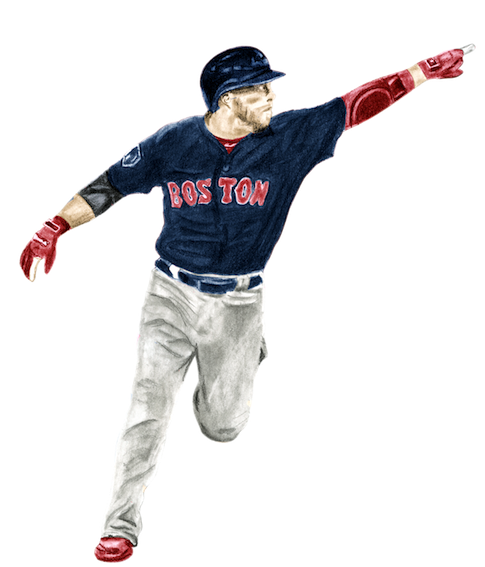 Ending the 2018 regular season with 108 wins, the Boston Red Sox were set for a deep playoff run. This record-breaking team started their postseason journey in the American League Division Series (ALDS) with a matchup against their longtime rival, the New York Yankees. It ended with the fourth world series title in the last 15 seasons.

Despite setting the franchise record for most wins, the Red Sox came into the season with many doubts. Whether it was the bullpen or questions at second base, Boston had some problems to take care of before coming into the postseason. By the time they got to the ALDS, their problems had been solved.

The postseason started with a close one, as Chris Sale took the mound against J.A. Happ and the Yankees. With a 5-4 victory, Boston fans rejoiced. By the next day, they were in a panic debating whether or not David Price could make another start in the postseason. Price later proved that he could.

Coming into this postseason, Price had a postseason record of 0-9. According to Baseball Reference, Price posted a 3-0 record in his last three postseason starts with an earned run average (ERA) of 1.42. Two of these three starts clinched the American League Championship Series (ALCS) and the World Series. Price has faced critics all year, and he did his job by finally stepping up. Luckily for the Red Sox, he was not the only one.

Jackie Bradley Jr. performed when nobody thought he could, after batting .234 in the regular season. Although he had an average of .200 against the Houston Astros in the ALCS, all that was mattered was three hits which helped him earn the ALCS MVP award.

In game two, Bradley Jr. hit a base clearing double to put the Red Sox up 5-4. He stayed hot for the rest of the series, going on to hit two home runs that won the Red Sox games three and four.

After moving past the two most winningest teams in the MLB (besides themselves), the Red Sox were primed for the World Series. With the media constantly talking about Chris Sale and his stomach issues, it was unclear whether or not the Red Sox could finish the job. After the first game of the World Series against the Los Angeles Dodgers, an 8-4 victory made it clear they could.

For game two Price took the mound and went six innings, giving up two runs. After another impacting performance by Price, the bullpen shut it down just like they had all postseason. Despite the problems in the regular season, the postseason bullpen had a 2.71 ERA and earned six saves. Mookie Betts and J.D. Martinez were key players in the game, combining for five hits on the night.

For Suffolk University juniors Matt O’Brien and Geoff Scales, going to Red Sox games have been more than just a one time experience. O’Brien and Scales, who have been roommates for the past two years, bond over their love for the Red Sox.

This past season O’Brien attended 19 Red Sox home games, something that he explained made him feel like he was nearly part of the team. During the season the Red Sox release tickets to certain games that cost $9 and are only available to college students. When O’Brien and Scales heard that these tickets would be on sale for game two of the World Series, they knew they had to jump on the opportunity.

“I’ve always been a Red Sox fan,” said Scales in an interview with The Suffolk Journal. “I never pictured being there. There wasn’t a question in our minds that we were getting there as early as possible.”

O’Brien and Scales scrambled to Fenway Park on that Wednesday morning where they stood for nearly ten hours in line to get tickets. Only 100 tickets were available and to their surprise they received tickets 99 and 100.

After watching the 2013 World Series win, O’Brien made a vow that he would be there that the next time the Red Sox made it to the Championship.

“I’ve seen so many historic moments this season,” said O’Brien in an interview with The Journal. “It was electric and I had to be there, it wasn’t a question.”

With the Red Sox up 2-0 in the series, game three was a crucial for Los Angeles. Both teams fought hard, which lead to the longest game in postseason history. In seven hours and 20 minutes the 18 inning game was done and the Dodgers won, becoming the first team to win a postseason game after trailing in the 11th inning.

Despite the loss for the Sox, a new Boston hero was born. Nathan Eovaldi took the mound in relief for game three and set a World Series record for pitch count by throwing 97 pitches. His effort was unmatched, but he ended u  p losing the game. An outing like this was one that all his teammates appreciated, especially pitcher Rick Porcello.

“That was the most incredible pitching performance I have ever seen,” said Porcello, via WEEI’s Rob Bradford. “After the game was over I started crying. He literally gave everything he had on every single pitch and it was special.”

Game four prompted another player to step up for the Red Sox. This time around, it was childhood Sox fan Steve Pearce. With a double and home run in the game, Pearce walked away from game four with four runs batted in (RBI). Mitch Moreland also tacked on a homerun, which came prior to Pearce’s two big hits. Even after an impressive game, Pearce still had plenty left in the tank for game five.

He launched another one over the wall in game five along with Betts and Martinez, but that was not the story of the game. The story of the game was none other than Price. Price had started in game two of the series already while also coming in for game four, but that did not stop him.

The former Cy Young winner climbed the hill and gave up one run over seven innings. The final pitch though, left the hand of Chris Sale. Sale struck out Manny Machado with a slider down and in, a perfect ending for Red Sox fans considering the history between Machado and the team.

From there, the celebration began. In Alex Cora’s first year as manager, The Red Sox are world champions once again. 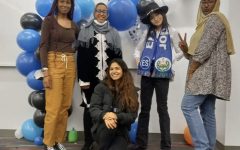