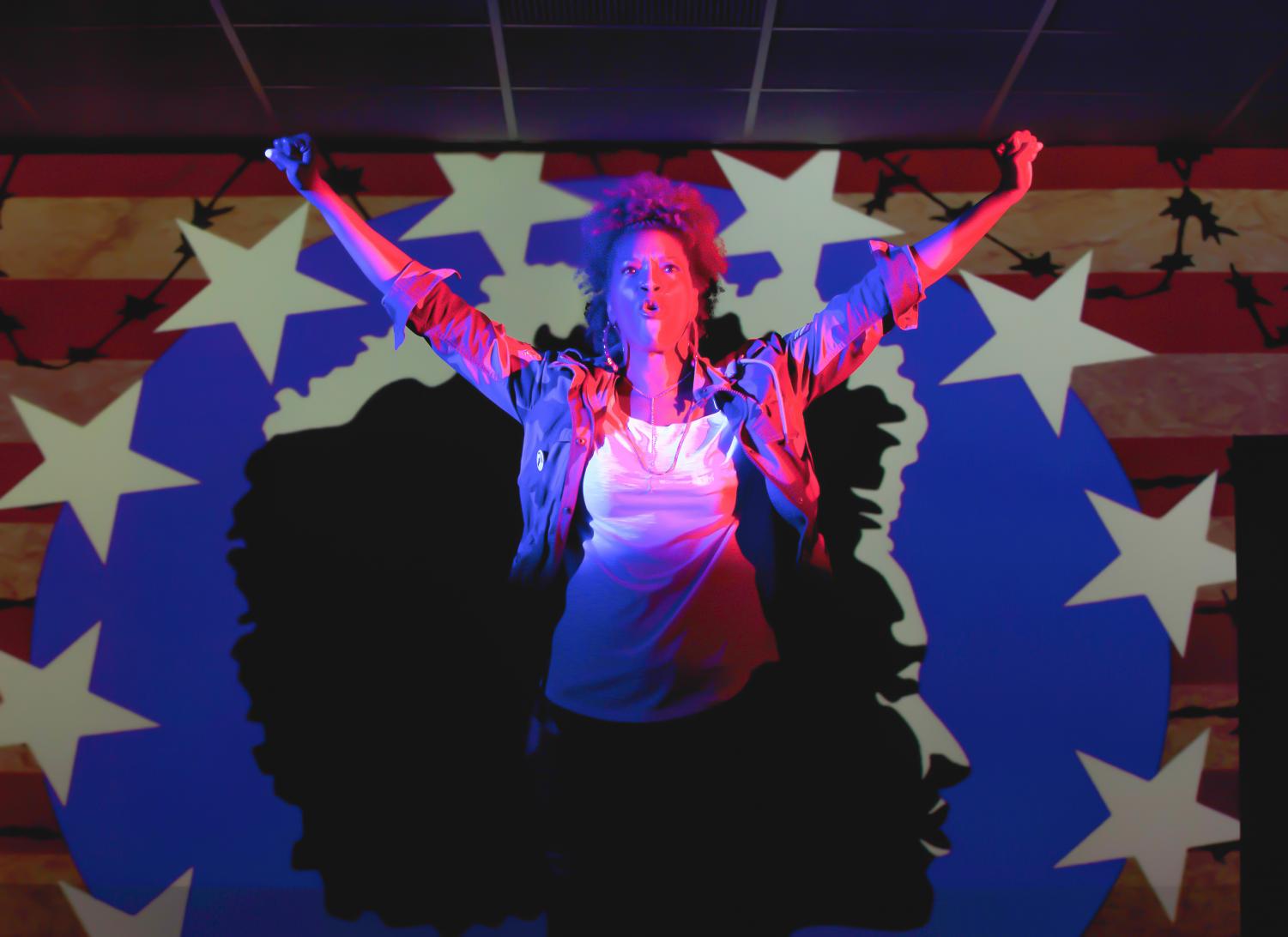 Breaking Down the Bars: One Woman Show Breaks Down Mass Incarceration

When someone hears the word “patriot,” they probably envision a white man with an 18th century military uniform holding a rifle; an image similar to something found in a history textbook or a logo on a professional football player’s uniform.

In “The Peculiar Patriot,” a one woman show written by and starring Liza Jessie Peterson, the character of Betsy LaQuanda Ross challenges that image by bringing a new meaning to the word “patriot” in her play.

Throughout her life, Ross has witnessed problems with mass incarceration and harsh drug laws in America. During the performance, she shares stories of prison and prevailing friendship with a humorous and compelling twist.

Peterson plays Ross, a woman who makes frequent visits to her friend in New York who is serving time in prison. Throughout the show, Ross sees her friend at the prison during visiting hours, where she recalls stories about her childhood, family, past relationships and other memories.

The play critiques the country’s drug laws and prison system. In a relaxed conversation with her friend over potato chips and water, Ross notes her feelings on the strictness of America’s drug laws and how privately owned prisons often generate large profits. Ross’s loved ones were treated poorly by the system and she breaks down the issues in a way that makes the information easier to digest.

At first, her personal anecdotes are only friendly stories, but the audience can quickly read between the lines and see how Ross’s life has been impacted by mass incarceration in America’s prisons. Ross’s stories humanize the issue in a way that goes deeper than numbers and statistics.

For most of the show, Ross is seated behind a desk in the center of the stage. She faces the audience and speaks directly to them, as if they are her friend on the other side of the table. Ross adds a dose of humor to her stories. It helps soften the blow of the tough subjects she talks about, which include her time serving in juvie, her boyfriend being sent to prison and her father being a member of the Black Panther Party before he was murdered by prison guards. 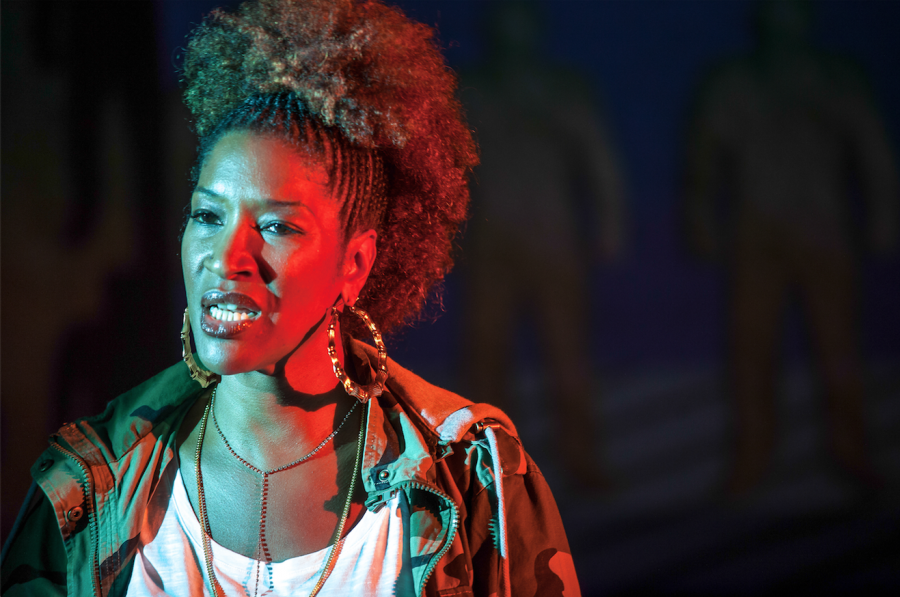 When she tells a story about her father or boyfriend, for example, her voice and mannerisms change to imitate that person, with a purple light shining down to indicate her switch in character. Not only does it allow her to bring different voices to the stage, but it shows that no matter which role she is playing, she is always able to deliver monologues beautifully.

Not everyone can personally relate to ongoing issues within America’s prison system. Likewise, not everyone can fully understand what people serving time are experiencing because they’ve never known anyone behind bars. Ross, however, can name every prison in the state, from Long Island to Elmira. Her hands-on experience with mass incarceration gives the audience a perspective they may never have encountered before.

Ross’s big smile and friendly laugh are contagious. From the beginning of the show, she connects with the audience as if they are a familiar friend, which makes her story that much more compelling. She is able to speak about national issues in a relatable and comprehensible style, so her words resonate deeply.

Peterson is able to melt smiles into tears and turn silence into laughter. She is a superb actress who flawlessly delivered her lines and conveyed a raw sense of emotion throughout her performance. It is evident that she had a clear vision for who she wanted Ross to be, and she brings the captivating character to life on stage.

“The Peculiar Patriot” will play at the Paramount Center at Emerson College until Oct. 28.