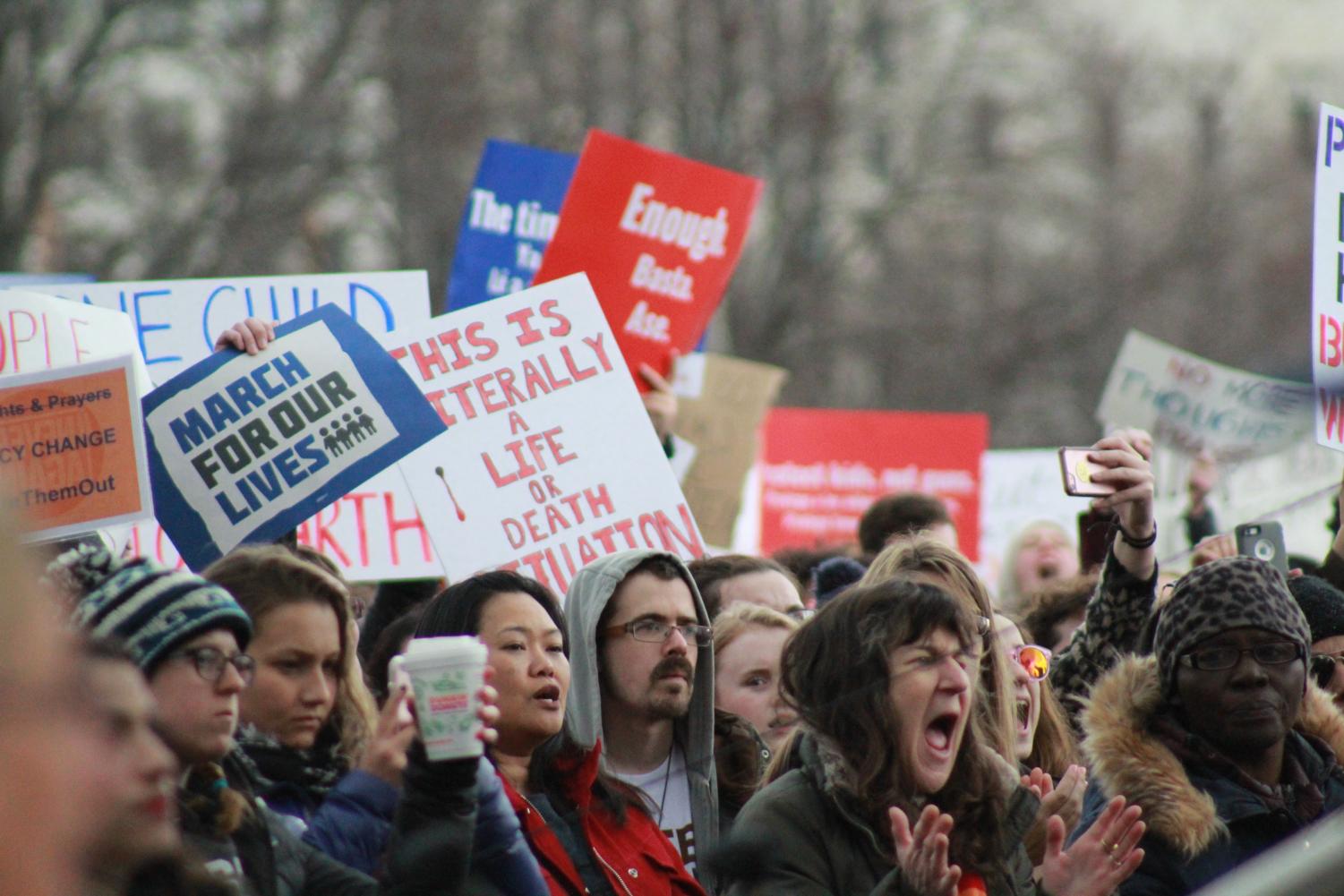 Marching on: Cities across the US take to the streets in protest against mass shootings

Like a storm, a crowd of more than 100,000 people marched through the streets of Boston this past Saturday, fighting to protect the lives of students throughout the nation. The movement was hosted by March For Our Lives after 17 high school students were massacred at Marjory Stoneman Douglas High School in Parkland, Fla. on Feb. 14.

The bodies of students lined the floors of school halls as their assailant stalked around the rooms in search for further targets. Since the 2012 Sandy Hook shooting and the slaughter at Stoneman Douglas, there have been 239 school shootings nationwide, resulting in 438 people being shot and 138 being laid to rest, according to the New York Times. 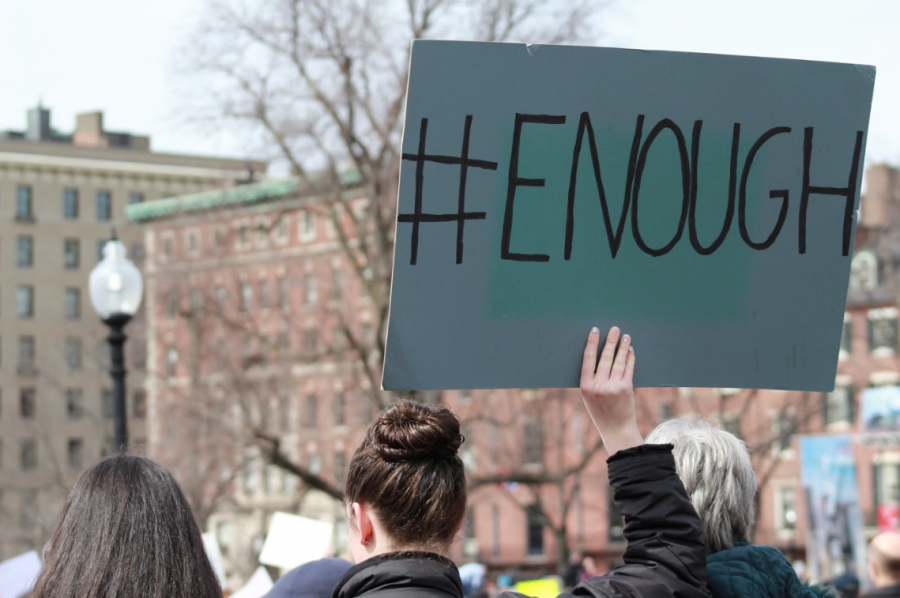 “This is true and near and dear to my heart to keep guns out of schools to make our country safer,” said Nicole Salaun, a teacher of early childhood and first grade students in an interview on Saturday with The Suffolk Journal. “I don’t think it’s right that I have to think of plans to get my kindergarteners and first graders out of a classroom. I’ve talked with fellow teachers about how I have to have a backup plan on how to take care of them if God forbid there was a shooter. It’s just so real nowadays.”

The walk began at 11:00 am at the Madison Park Technical Vocational High School, went along Columbus Ave, to Charles Street and gathered at the Boston Commons for a closing ceremony.

Thunderous voices shook the city streets as spectators emerged from shops to view the titanic march. People protested for nearly five hours, blocking off traffic all throughout the Roxbury area. Civil service workers, such as bus drives and firefighters, honked their horns and gave students thumbs up in solidarity.

A slew of people filled the Boston Common in unity with the students marching – taking up nearly all the green space. The student demonstrators, up to 24 years old, were welcomed into the Boston Commons where they awaited speeches and performances from other high school and college students as well as event organizers.

Beca Muñoz, a sophomore at Northeastern University studying Politics, Philosophy, and Economics and Lenor Muñoz, a senior at Stoneman Douglas. The two sisters gave a joint speech together at the Boston Commons.

“I remember every single detail, my trauma isn’t going away and neither are we,” said the

Both women took the stage in front of a hushed crowd and spoke on the harrowing experience they endured when Lenor Muñoz was at the school when the shooter opened fire. The quiver in their voices was apparent. But, they continued to push on through recounting their trauma – letting the nation hear about what it was that they went through.

“We’re here united until no child ever lives in fear of a bullet,” shouted the Muñoz sisters.

Throughout the assembly, people were calling out for justice by chanting multiple slogans such as “Black Lives Matter” and “not one more.”

“I’ve been organizing with my school and a group of students from the larger area to pass the ERPO (Extreme Risk Protection Order) bill and also support March for Our Lives,” said Annalise Slate, a 16-year-old high school student from Cambridge, MA in an interview with The Journal. “So this is really the cultivation of that activism and wanting to get people out and wanting to express our frustration and anger until we make policy makers make a change.”

The ERPO Bill, is a bill aimed at preventing individuals whose behavior is shown to be a threat to human life, from having access to firearms. The bill allows for individuals to have their access to guns suspended if a family or law enforcement members petition in court. In order for this to happen, there needs to be documented evidence that a person poses a threat to themselves or others, according to Ceasefire Oregon.

Gun violence is an enormous public health risk and just an enormous danger to everyone in this country unfortunately . ”

“Gun violence is an enormous public health risk and just an enormous danger to everyone in this country unfortunately,” said Jeremy Stricesk, 31, a Doctor for Cambridge Health Alliance who specializes in family medicine in an interview with The Journal. “We feel like as doctors we need to be part of the solution not part of the problem just because it’s a major public health risk and its killing too many of our Americans.”

Protesters gripped signs in their hands to further express their feelings towards the National Rifle Agency (NRA) and amount, or lack thereof, of gun control laws in the United States. Speakers put incredible emphasis on the destructive power that semi automatic weapons can have on a community of people. According to news organization MSNBC, a Quinnipiac poll says that 67 percent of people support a ban on the sale of semi automatic assault weapons, such as an AR-15, while 29 percent oppose the ban.

“Unless you’re part of the military and serving at this moment, there is no reason for you to have an assault rifle at all,” said Matthew Durkin, 23, a graduate of Suffolk University with a degree in Broadcast and Marketing.

A mass murder is defined by the FBI as a minimum of four or more people being killed in the same area during the same incident, not including the shooter.

The demonstration served as an inclusive environment for people of all different backgrounds and identities, according to Bricen Standish, a freshman at Boston University studying Political Science in an interview with The Journal.

Tied into one of Standish’s light brown dreadlocks was an emergency orange colored tag with a largely printed $1.05 and a barcode stamped underneath it. The marker symbolizes the number of students in florida divided by the amount of money that Marco Rubio profited from the NRA, which equals out to roughly $1.05 per student. The stub was given to protesters by March For Our Lives organizers.

“[Semi-automatic assault rifles] had a singular purpose, to fully incapacitate enemy combatants as quickly and effectively as possible,” said former Marine veteran and now school teacher Graciela Mohamedi during her speech at the Boston Commons. “Unfortunately, we have seen them used specifically to incapacitate not just enemy combatants, but also innocent children and adults. We’ve seen them used in places like Iraq and Sandy Hook elementary school, Syria and Pulse nightclub, Afghanistan and Marjory Stoneman Douglas High School.” 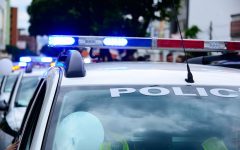 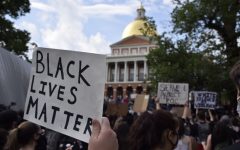 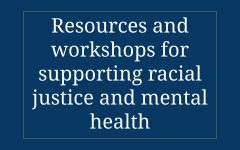