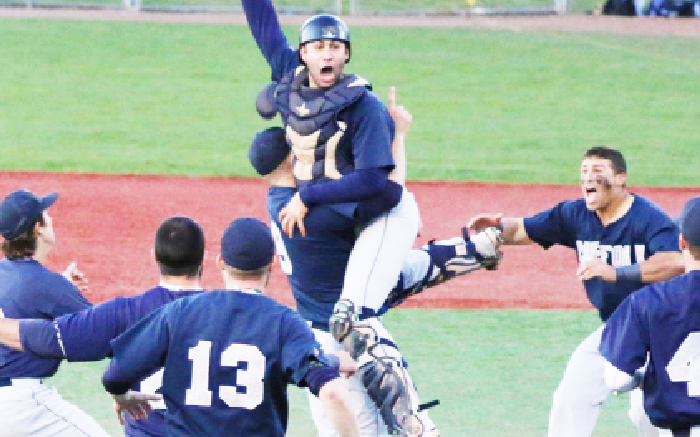 For the third season in a row, the Suffolk University Men’s Baseball team defended their title as Champions of the Greater Northeast Athletic Conference (GNAC).

With a slow start to the beginning of the season, the Rams found themselves with a 4-6 record in their first 10 games. Suffolk then turned things around, won nine of their ten next matches and would go on to “play their best baseball” in some of their most important games, said Head Baseball Coach Anthony Del Prete in an interview with The Suffolk Journal.

Suffolk came out with a 1-0 victory in the GNAC Championship as they took on fourth seeded Johnson and Wales University on May 7 at Fraser Field. Out of a total of eight teams the Rams now officially stand at the top of the GNAC for most championships with seven in total.

Walrod said his performance was made easier with the backup from his teammates offensively and defensively. He explained that while he walked a lot of players, letting up no runs had made the difference.

“Pitching in the semifinals this past season was an unreal experience,” said Worth in an interview with The Journal. “ Last year, I didn’t do so well in the GNAC playoffs when I pitched in the championship game so I saw this game as an opportunity to redeem myself. My team and I were able to get it done and advance to the GNAC championship game.”
Gibson threw a complete-game shutout, allowed only three hits and notched nine strikeouts. Senior catcher Matt Brenner scored the lone run of the game off a single to left from graduated outfielder Luke Ronchi.

“I think the key to our success has been the quality of players we have on our roster,” said Del Prete.

Suffolk finished the 2016-17 season with a 28-17 record, the third most wins in a season by the baseball team. Del Prete pointed out that his team had been successful because they always seemed to come up big when it was most detrimental, winning 11-4 of their games when only one run was scored.

“I think it was a nice accomplishment for our seniors to go out having won a championship in each of their four years here (three GNAC’s and one Eastern College Athletic Conference (ECAC) in ’14),” said Del Prete. “Our players put in a lot of work each year to reach their goals and it’s always good to see them rewarded.”

Shortly after the season came to a close, rising senior outfielder and captain Brady Chant was named an All-American Honorable Mention. This season he batted .361 and totaled 12 triples, 13 doubles and four home runs in 69 hits.

“To be mentioned along with some of the best players in the country is always special and when you look at the lists of these players almost all of them come from successful teams this year so obviously this is something that I can say wouldn’t have been possible without our team’s success,” said Chant in a recent interview with The Journal.

Suffolk lost eight seniors at the end of the season, but Del Prete still has strong goals moving forward in the program. Next season the team will have eight rising seniors and according to Del Prete, they expect over a dozen new freshmen to join their group.

“[We hope] to be one of the top programs again in New England and compete for a conference championship,” said Del Prete.

After the Rams took care of business within the GNAC, they went on to compete in the National Collegiate Athletic Association (NCAA) Division III New England Regional in Harwich, Mass.
The tournament, which consisted of eight teams, five of which were from New England and three from New York and Pennsylvania, started on May 18 at Whitehouse Field.

“Every game in that tournament is the most important game all year,” said rising senior Pordes in a recent interview with The Journal.

Suffolk started the tournament with a 4-0 victory versus St. John Fisher College. The next day they faced Arcadia University, where in the 11th inning a hit by graduated second baseman BJ Neil brought in pinch hitter Curtis Tirone for the 1-0 walkoff win. This win put them in the winners bracket final where, if they advanced, they would have found themselves in the College World Series.

“We made it to Sunday, which was the last day of the tournament, which has never been done before in the 70 years of Suffolk Baseball. It shows that this was a special team,” said Pordes. “Some may say that we over-achieved but you can ask anyone on this team and they will say we expected to go to the NCAA tournament and compete.”

Although the Rams would drop their next two matches 13-4 to the University of Massachusetts Boston and 9-1 to Babson College, they still managed to reach further than any Suffolk team had done before.

“We’re able to accomplish our goals each season through our consistent hard work and dedication,” said Worth. “When I came here as a freshman, our goal was to win the GNAC championship. The amazing thing is, thanks to the seniors that graduated this past year, that goal is now just an expectation. I’m more proud of this group of guys than any team I’ve ever been apart of and I wouldn’t change it for the world.”

Chant said his team and their recent success had “changed the culture of Suffolk baseball.” He explained that they would continue to work on getting even further in the game as next season approaches.

“Our expectations are exactly the same if not higher for next year,” said Chant. “After being that close to World Series, I think the goal is to make another run in the regional tournament. We will be a younger team next year but I think this program has always been able to have [players] step in and fill in roles when guys graduate or get hurt.” 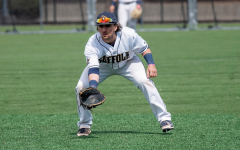 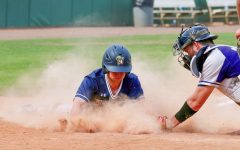 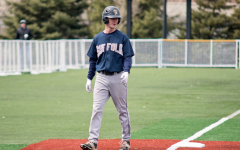 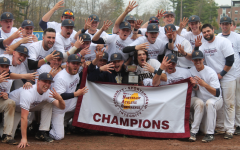