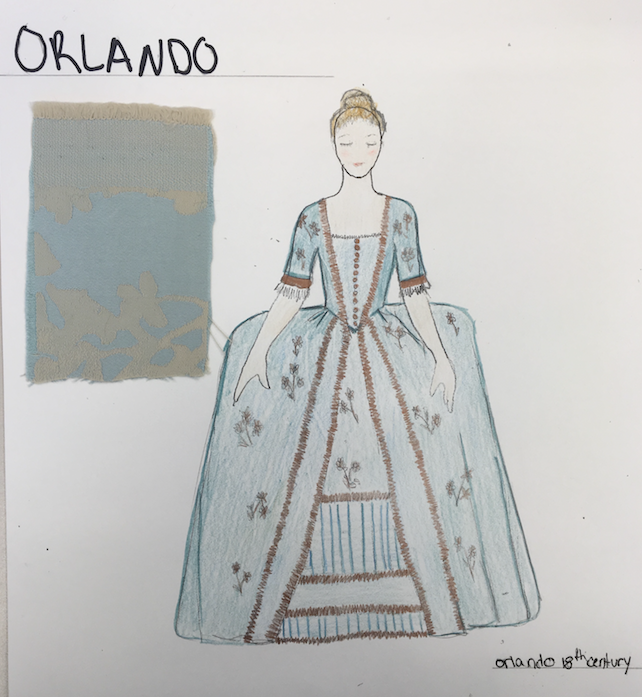 Stick a pin in it: preparing for “Orlando”

In a whirlwind of fabric, sketches and beading, Maxine Buretta has managed to harness her innate ability to create and focus it toward her senior thesis, “Orlando.”

The theatre major has spent her last four years at Suffolk University in the throes of the theatre department, amidst casting, costuming and creating. She is familiar with the stages of the Modern Theater, Sullivan Studio and the once great C. Walsh Theater on Temple Street. The culmination of her learning experiences and time spent is now being put to the test in Suffolk’s, “Orlando.”

With a new title of costume designer, Buretta explained the process of creating the 35 to 40 costumes that would be featured in “Orlando.” Faced with the challenge of tackling gender fluidity and the task of creating a scheme that would cover 300 years and multiple cultures, Buretta was up for the test.

Written by British modernist author Virginia Woolf, the show follows 17th century Orlando, the protagonist, through a series of gender and time changes. While the show itself covers more than 300 years of time, space and culture, Orlando only ages 36 years. Faced with this immense task, Buretta was excited to take on the challenge.

“I’ve been doing costumes in the theatre department for all four years that I’ve been in school,” said Buretta in a recent interview with The Suffolk Journal. “We don’t have a costume program in our theatre department, so it was sort of something that they were like, ‘we want to have a culmination of all of the work that you’ve done thus far.’ They proposed this to me as a thesis project, and that’s sort of how we stumbled to where we are now.”

Buretta has absorbed everything  in her four years in the theatre department and has been working on improving her skills by learning from an assigned mentor, Leslie Held.

“Leslie has been teaching me how to build and construct these costumes and now I’m putting all the pieces together. I’m building a portfolio, I’m doing a thesis project and building tons of costumes so it’s kind of fantastic that all of these things are kind of coming together right now.”

Buretta became involved with the department productions, and ultimately costuming, by helping out with the Fall and Spring Showcases that are put on every semester. Buretta worked her way up the ladder by assisting in all of the showcases amidst other productions, leading to the role of assisting the designers that the university would bring in to do mainstage shows. Now that she has established a name and place for herself within the department, she gets to design the shows, complete with her own assistants.

“It’s been interesting with this show because the point is more so the gender, and really focusing on that,” she said. “Some of the silhouettes have a higher neckline. We’ve been cutting those down a little bit to really amp up [Orlando’s] femininity.”

When looking for a specific design or pattern, designers can consult with compilations or pattern books. What Buretta struggled with initially was the fact that the patterns she was looking for were far too dated to possibly appear in any modern book, forcing her to begin with a basic pattern to create her costumes with.

“There’s lots of reference books that I’ve been using that have patterns the size of the page, and so you have to use the scale ruler to blow them up to the right size,” Buretta said as she explained how she has been able to create many of the costumes.

Buretta said that most of the dresses she designed for the 16th, 17th and 18th centuries have similar silhouettes that correspond to respective countries such as the United States or France. The dresses have big hip skirts, which the base she uses to begin a design for a female costume. Once she gains the approval of the director of the show, she proceeds to do what’s referred to as a “muslin,” or the base. Once that is constructed, Buretta is able to use that design to begin to cut and use real fabric to start making the actual costume that will be worn by an actor. Amidst minor fittings in between fabric selections and the use of the “muslin” is when the full outfit begins to form. After all of these stages take place, embellishments like the trim and zippers can be added. This final stage is where Buretta finds herself now. Unsure of her official budget, Buretta estimated that she’s spent roughly $1500 so far.

“I think the flair and your own personal taste comes in the fabrics that you use, and the trims that you choose, the silhouettes are what they are, there’s not too much flexibility there but the people in the 18th and 19th century loved to have so much fun with prints and colors and so you can mix and match things that you would never be able to do now.”

With such a large cast, Buretta knew that she wouldn’t be able to construct full-fledged costumes for each  member other than the leads and other important roles in the show. She told The Journal that she has devised a system that focuses on the different levels of the roles.

Buretta explained that the levels rely on a scale of “realization.” For instance, main characters Orlando and Queen Elizabeth and roles who are heavily tied to Orlando will have “fully realized” costumes. Whereas some people who might only interact with main characters once or twice will only feature a jacket and a hat.

The rest of the costuming and accessories are being bought or rented.

According to Buretta, many of her peers are actually using this particular show as a graduate level thesis project.

However with a cast of this magnitude, Buretta has remained nothing but upbeat about working with her peers. She said that the show has a lot of new people, new freshmen and sophomores that she hasn’t had the chance to work with before. The costume designer has a very personal relationship with the actors because they are with them all of the time whether it be constantly fitting and refitting their costumes, or ensuring that the costumes work properly and don’t malfunction while on the moving bodies of the actors.

Buretta did comment on the young talent of freshman theatre major Mickey Rodgers and her role as “Orlando.”

Outside of the theatre department, Buretta spends time with dance company, Urbanity Dance, and has also been working with Wheelock Family Theatre in their production of “Charlotte’s Web.” While most of her outside stagework is freelance, Buretta said that the freelance path is where she is headed for the time being. According to Buretta, she is taking any jobs that come her way, but is mostly looking for short-contract based jobs because she wants to learn as much as she can as quickly as possible. 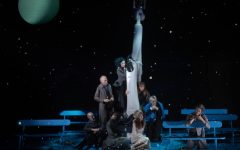 ‘The Orchard’ blooms at the Emerson Paramount Center 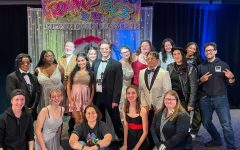 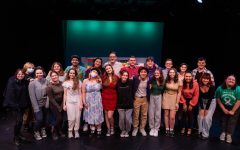 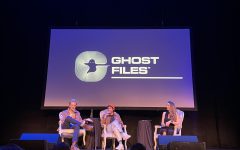 The Ghoul Boys are in town! Ryan Bergara and Shane Madej premiere new show “Ghost Files” at the Wilbur Theater 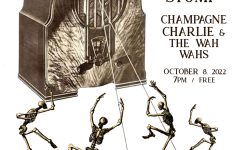 The Modern Radio Ramble is coming to Suffolk