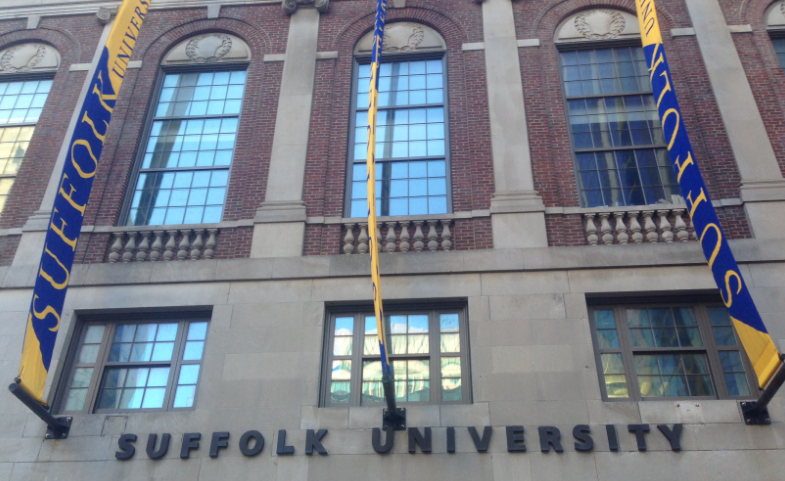 Acting President Marisa Kelly wrote on the President’s Blog late Thursday afternoon that she has added both her name and Suffolk University to the list of private and public universities and colleges in support of the Deferred Action for Childhood Arrivals (DACA) policy.

“All of our students – whether they are citizens of this country, citizens of other countries or undocumented domestic residents, have a place in this University,” wrote Kelly.

Kelly wrote in the blog that the increase in hate crimes nationally that have followed the presidential election is inexcusable.

“I feel compelled to say that actions of hate, whether physical or verbal assaults, or other violations of the University’s Community Standards, are contrary to the principles that underpin Suffolk University and its community,” wrote Kelly. “Words and acts of hatred have no place here.”

Student Government Association (SGA) President Sean Walsh sent a statement to The Journal on Thursday night regarding the post and expressed that Kelly’s decision to support DACA was the right move for Suffolk to show that the university stands behind them.

“Our school was founded on the principle that all students, regardless of background, should have access to a quality education. The announcement today affirms that principle,” said Walsh in the statement. “While signing on in support of DACA does not signal a major shift in policy, I think it goes a long way in showing students who are undocumented that they are supported and protected by Suffolk University.”

Senior broadcast journalism major Matt Durkin applauded Kelly on the post and the move to put Suffolk on the map of Boston schools publicly accepting their undocumented immigrant students.

SGA Senator-at-Large for Diversity Phyliss St-Hubert said in a statement early Friday morning that she believes that Kelly has taken a step forward in the right direction for the university.

“It was important for them to make those statements because a lot of students were scared and not sure what would happen to them after Trump becomes president, especially since DACA is only an executive order under President Obama,” said St-Hubert. “This is the step in the right direction for the University, I am hopeful that there are a lot more policies and practices to put in place to make the university as inclusive as possible.”

The blog follows a string of universities across the country that have declared themselves as “sanctuary” campuses that have adopted policies to protect their students who were undocumented immigrants.

A university spokesperson confirmed on Friday morning that Suffolk has not yet announced if it will adopt the “sanctuary campus” term.

“As a University, we want to be as supportive as possible of all of our students, including those who are undocumented,” wrote Kelly. “In the Law School, the Clinical Programs have begun discussions about how they might help provide resources, such as workshops and clinical support, to those students who may have questions or concerns.”

Kelly wrote that she has asked Dean of Students Ann Coyne and Title IX Director Sheila Calkins to reach out to students with additional information.

St-Hubert said that if Suffolk adopted the term “sanctuary campus,” that students would have more support in their university.

“I do believe that Suffolk should declare itself as a ‘sanctuary campus’ because they are in theory one but really aren’t since they haven’t declared,” said St-Hubert.

On Wednesday, Harvard University President Drew Faust said Harvard will not designate itself as a “sanctuary campus.” She argued that it does not have legal significance and said it could further endanger undocumented students, according to the Harvard Crimson.

Emerson College announced on Nov. 30 that it would declare itself a “sanctuary campus,” according to The Berkeley Beacon.