The nation chose the unexpected

Businessman Donald J. Trump was elected the 45th president of the United States early Wednesday morning after a long night of counting the votes.

In a 3 a.m. victory speech, Trump addressed supporters in New York after a turbulent, divided and explosive election season filled with digs at the institution and the very democracy the country was founded on.

“I promise you that I will not let you down,” said Trump during his speech after thanking a list of family members, friends, campaign workers and the people that voted for him.

Trump thanked Democratic nominee Hillary Rodham Clinton for the “service she has done for our country” in the beginning of his speech after he said that Clinton called him to congratulate his win.

“We owe her a major debt of gratitude,” he said, and called for national unity.

Clinton has not spoken to her supporters as of early Wednesday morning.

For some at Suffolk, this stands as a victory.

For others, however, Suffolk held a strong liberal stance on the election and this holds as a disappointment for many. For the 23 percent of Suffolk’s population from countries across the world, eyes were fixed on America and whom they would choose to represent the people.

Junior public relations major Diana Dussouchet came to Boston from her home country of Russia and warns the U.S. on the decision that they made during this election.

“I think Americans just signed a four-year contract with the devil himself,” said Dussouchet. “I know what it’s like to live in a country with the bad kind of conservatism, bigotry and hatred in power — and it’s not good.”

Office Coordinator of Suffolk’s Government department Jeff Fish said that he didn’t know what to say after the news broke.

“I feel like we’re living in a dystopian future, except this is real life,” said Fish.

A number of polls across the nation, including those from Suffolk University’s Polling Center, showed that Clinton had held a measurable edge across the country, including the states that Trump took in the early morning hours.

Trump, 70, real-estate powerhouse and reality star did not have any governmental experience before he announced his campaign for the top office of the land. The win had stretched across battleground states that both candidates spent countless hours in during the final days including Florida, North Carolina, Ohio and Pennsylvania.

CBS News anchor Charlie Rose asked panelists and political strategists throughout the night, “What is happening?” The results had set off the Dow Jones futures as they had dropped by 700 points according to multiple news sources as Trump claimed some of the swing states during Tuesday night.

“This is the biggest joke the world has ever seen,” Rana Tarabzouni, a junior international economics major said in an interview with The Journal early Wednesday morning.

Throughout the campaign, a number of controversies around the candidate arose, including his threats toward opponents in the primary and general election, 11 women who accused him of sexual assault and promised lawsuits toward news organizations on their reporting.

The Suffolk University Republicans did not respond to communication as of early Wednesday morning on Trump’s victory.

As of 3:55a.m. on Wednesday morning, The New York Times had reported that Trump had amassed an estimated 306 votes from the electoral college. Key battleground states such as Florida, Pennsylvania and Michigan were won by a margin of less than two percent, according to The Times.

“After a year and a half of the grueling campaign and countless hours of work by volunteers, the dream has been realized,” said O’Brien as he said that Trump accomplished what the liberal establishment and the media said he would not do. “After a long and spirited primary process, the GOP unified behind our nominee to defeat Secretary Clinton. It is a great night to be a Republican, and an even better night to be an American.”

Trump’s various business ventures, some of which have spread across seas, could carry him to the Oval Office and will make some question any conflicts of interest and make some wonder where his financial status stands.

Our Coverage on the 2016 Election 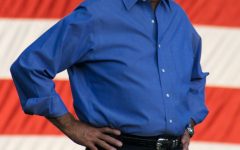 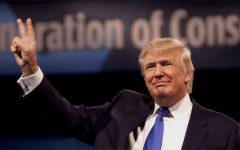 Both sides to blame: The abuse of political labels

Campaign Commentary: Is Congress going to be Red or Blue after this election?

The Presidential election has been the most discussed out of the 2016 elections. Congressional elections are also happening this year for all members ... 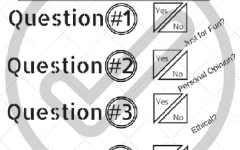