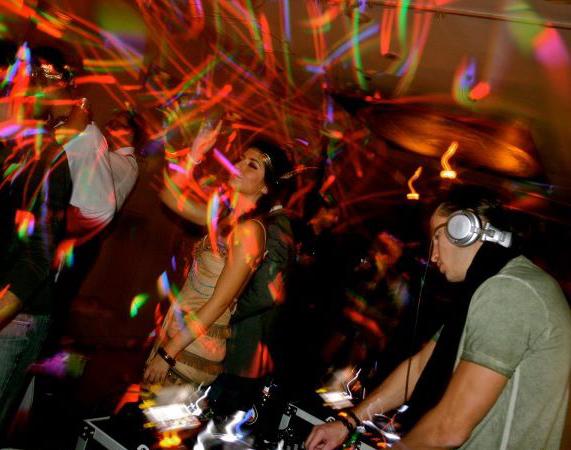 WeNo has DJ and production partnership Tale of Us (aka Life and Death) booked to play with Tamer Malki and Sergio Santos. The Berlin-Based duo has been voted at number 15 on Resident Advisor’s 2011 worldwide poll, and they’re bringing a fusion of house and techno elements to Felt Nightclub tonight. [21+]

Ryan Obermiller of Marz Entertainment is paying a visit over the bridge to Re:Set Wednesdays at Phoenix Landing to hit the decks with D-Lux and Randy Deshaies . The weekly party draws locals and music heads favoring house, techno, disco, and like sounds. [19+]

Thursday is looking good for parties without a cover. Among the Back Bay’s popular spots, Storyville, located right below Minibar, will have DJ Costa spinning and food service until midnight. [21+]

Downstairs at Barley Hall (formerly Joshua Tree), Liquid Thursdays provides top 40 remixes and house music all night. This week, there will be a giveaway for two Barstool Blackout Tour tickets! [21+]

‘Elements’ is Boston’s longest running dance night, and will be celebrating its 13th anniversary at Phoenix Landing with new shirt designs and exclusive giveaways. As a drum & bass-exclusive party, resident DJs Crook and Lenore will be spinning classics and current choons. [19+]

GLOW Boston’s 18+ dance party throws down at Think Tank in Cambridge. Electro., house and top 40 remixes will keep the floor moving along with a custom light show. [18+]

Friday night, The Hood Internet, a duo who’s held down crowds at festivals like Lollapalooza and Bonnaroo, will keep the Middle East Downstairs dancing while mashing up indie, pop, rap, and R&B bangers. [18+]

Mash Up Mafia’s Joey C will be joining GMGN and White Rabbit DJs Jay K and Damien Paul at the Wonderland party at RISE. Once the clock hits one, the transition into after-hours will bring in Bamboora and friends to keep both floors jumping until 6 a.m. Nine hours of electronic dance music is totally worth one cover. [18+]