Nobody wins: An education budget tragedy 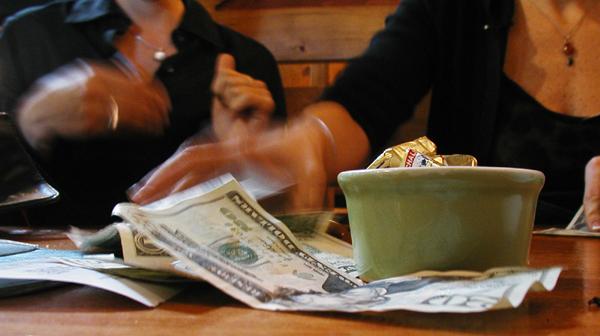 Recently, President Obama decided to cut $89 billion over the next 10 years in order to preserve the Pell Grant program. Alright, that’s not cool, coming from the guy who said we need to be the nation with the most college graduates, thus propelling us into an economic powerhouse.

It doesn’t make sense to begin with. How can we become that leading nation if there’s no funding behind it? It doesn’t help that colleges are constantly raising the tuition rates while the quality of education remains the same.

The cuts also affect a program that lowers student loan interest rates for graduate students.  Alright now, graduates I’m sorry but if you want your masters or doctorate you’re on your own. Everybody has a right to a college education, but if you want to go above and beyond that bachelor’s degree, the cost shouldn’t be subsidized by my tax dollars.

Those costs should be fronted on your own, or get a job with a company that gives you reimbursement or an educational incentive plan. After all, if you’re going for a higher degree, you should be smart enough to know how to pay for it – burying yourself in loans doesn’t count.

How can we curb the costs of the Pell Grant program? For starters, students should be limited to one grant per academic year. As a stipulation for receiving the grant, it should only be applied towards a state school education. Therefore students are making use of state resources, thus getting in-state tuition rates in addition to the Pell Grant making the overall cost more manageable. If you want to go to a private school, it’s going to cost more to begin with so that $5,000 something dollars you’re going to receive per year from Pell isn’t really going to make an overall difference in the long run. It’s harsh, but it’s reality.

Another issue I take up with the Obama administration is the “Race to the Top” program that uses a point system to award funding. First off, anytime you mix performance and money together you get an output of fraud. Our education system isn’t a car sales company with monthly performance quotas.  By telling states that if you perform better you get more money, you are opening the door to inaccurate results, unnecessary pressure, and students that get hurt academically.  It’s encouragement for the states to fudge the results to get more money. It puts unnecessary pressure on teachers to teach to the national program otherwise they’ll be terminated for poor evaluations which will cost the state funding.  Personally I’ve learned from teachers that take their own approach and don’t teach out of a handbook.  High school classes were boring, now it’s going to be even worse that Obama has a point system worse than my math class in place.

Bottom line, increase funding of the Pell Grant, get rid of this performance point system. The Department of Education isn’t a corporation – it’s a branch of government. Why don’t we implement the performance evaluations on the legislators and senators?  We could easily terminate the ineffective ones, and bring in brighter talent – just like the Obama administration aims to do through his own plan.