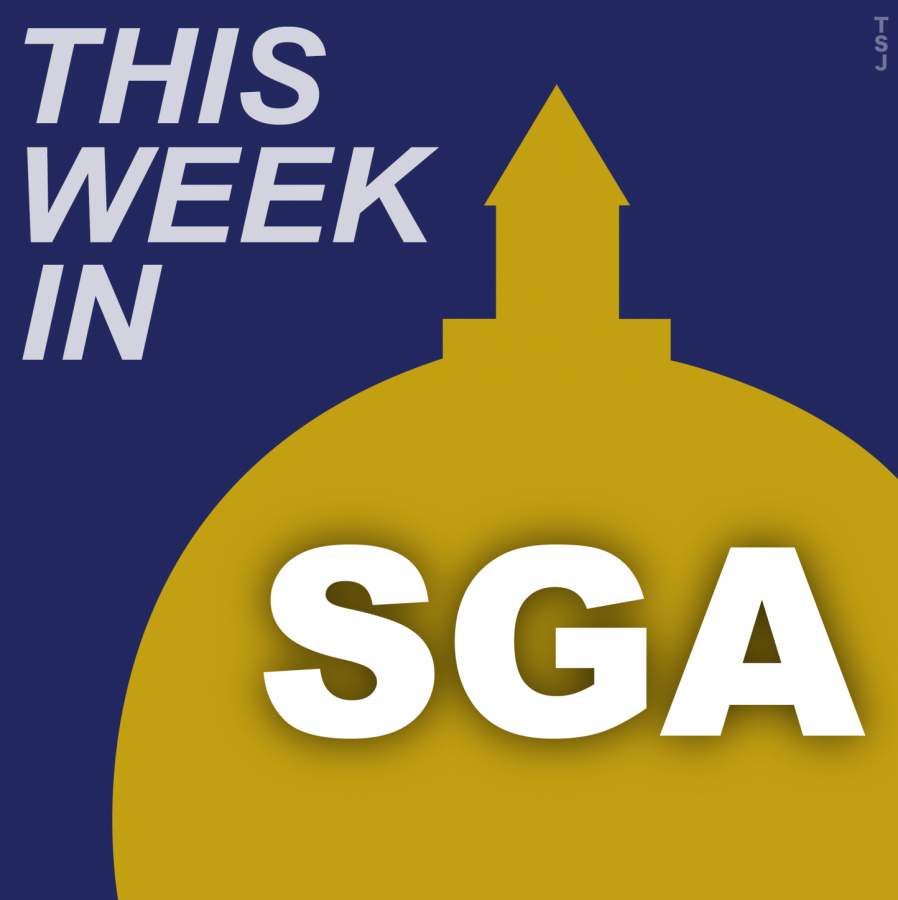 At the April 21 meeting, Suffolk University’s Student Government Association discussed this year’s budget as well as next year’s budget including funding for club budgets.

President Angela El-Jazzar began the meeting by introducing two members of the University of South Carolina Aiken’s student government association. The students are a part of an exchange program with Suffolk students and engage in community-centered initiatives. One of the representatives briefly described the differences in how their SGA runs differently.

El-Jazzar also updated senators on the recent events held by the organization. Between the Q&A with Mac Jones and the Spring concert featuring Flo Rida, over 1,000 students attended the events. SGA’s annual blood drive produced 23 units of blood to be sent to the Red Cross, with over 30 students participating.

Also mentioned was an equipment replacement update in the fitness center that will occur over the summer.

El-Jazzar commented on the senate’s attendance; the second meeting in a row the topic has been mentioned.

“We need you to run the meeting and the student body needs you constantly,” said El-Jazzar. She continued to say that the E-Board understands that finals season is quickly approaching.

Vice President Stephen Rykola announced that next week’s meeting would include a vote on revisions to both the SJRB bylaws as well as the SGA constitution. The revisions for SJRB would be permanent for three years and the revisions for the constitution would remain in place for four years.

The senate approved three meetings worth of minutes from Secretary Tara Maltese.

Evan Weston, treasurer of SGA, announced the budget for the new year as well as budget cuts.

$60,000 was cut from SGA’s budget between all categories. In total, 31 clubs did not submit budget requests, according to Weston.

Weston noted that this year there was a $500,000 rollover from the 2020-2021 school year due to the pandemic. This will not be the case for next year, and according to Weston the financial committee had to make high budget cuts.

“If you hear buzzing about financial committee allocations for next year, just know that we tried to make it as fair as possible and we spent a lot of time thinking about how everyone was going to have money next year,” said Weston. “Everyone has money and if you need more there are co-sponsorships to do and there are initiatives. Come to SGA and there will be funding for you.”

Next year’s budget was approved unanimously.

During the open forum, Rykola recognized Vincent Tavanese as the Senator-at-Large for Veterans for the Class of 2022. He said that this is the first time that the position has been filled in four years. El-Jazzar also reminded the senate that the next meeting would feature Bob Lamb, chairman of Suffolk University’s Board of Trustees.

Outside of the Thursday meeting time, Steven Murnane, chair of the diversity committee, resigned from SGA on April 22, citing a lack of initiative as well as exclusion.

“I cannot help but reflect on the stories I have heard as Diversity Committee Chair, and how I can continue to support marginalized students at Suffolk,” said Murnane. “While we, as a committee, have worked hard to find solutions for these students, it is clear that the scope of the Diversity Committee under Student Government is not broad enough.”