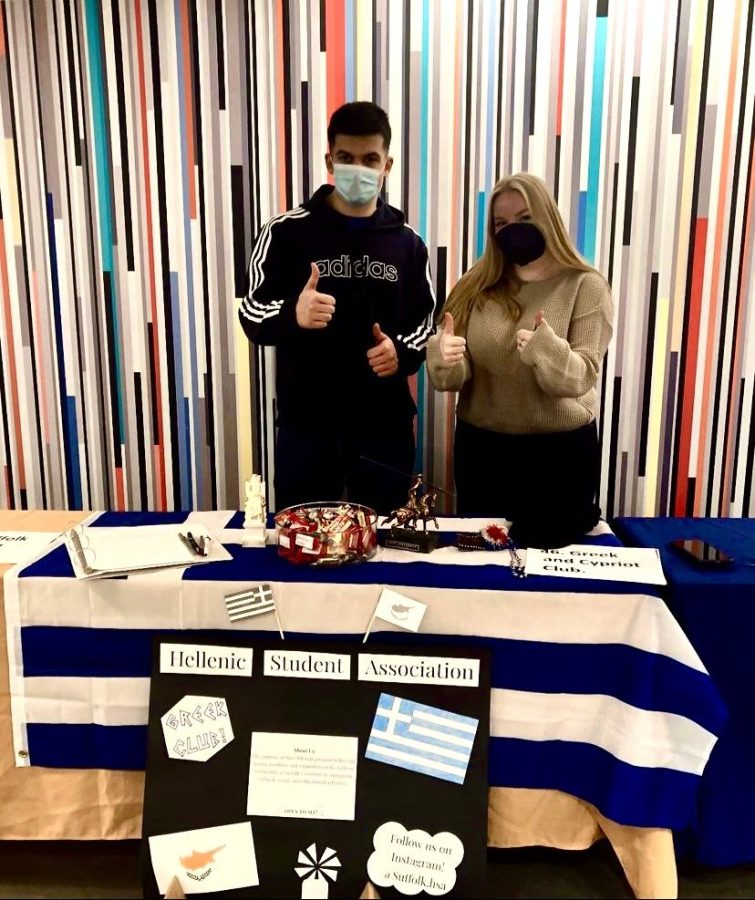 A new club at Suffolk University was recently established for Greek students and students of Greek descent on campus.

The Hellenic Students Association was created this spring by several Greek-American students to celebrate and honor their heritage, customs and traditions, as well as spread awareness of Greek history, culture and current events to other students across campus.

Pashalis “Pascal” Galbadis, a freshman at Suffolk University, founded the club because he believed that the need for a Greek club on campus was long overdue, especially given how many students there are from Greece and Cyprus or with Greek heritage at Suffolk.

“About five years ago, I attended an Orthodox Easter Party at MIT hosted by their Hellenic Student Association,” Galbadis said. “When I arrived at the party, I was very proud to see the countless numbers of not only MIT students, but rather Greek/Cypriot people from around the Boston Area.”

This experience made Galbadis realize that he could create a similar club at Suffolk, and he began to reach out to all the Greek and Greek-American students across campus.

“The main purpose of the association is to promote fellowship among members of the Suffolk Community by organizing cultural, social and educational activities,” Galbadis said.

Galbadis, who was joined by Lily Faille, Thano Kazis and Dino Tsiotos, promoted their club at the spring club fair at Suffolk University, where they were able to recruit a dozen new members.

They were joined by Professor George Kalogeris, a Greek-American poetry and literature professor at Suffolk who is heavily invested in Greek culture and Greek authors, poets and playwrights. Kalogeris took up the position of adviser for the club.

Galbadis said he hopes the club will not only provide Greek students with a community that has shared heritage, customs and traditions, but also introduce and educate the greater Suffolk community on Greek history and culture, as well as current issues in Greece and Cyprus.

Galbadis explained that the Hellenic Students Association has already planned to host many Greek-themes events, such as group “syrtos” dancing, food events like “gyro night” and “loukoumades day,” and many other festivities. They also honor important Greek occasions such as Greek Orthodox Easter and Greek Independence Day.

“Suffolk University is a very diverse community that consists of many different people from various types of  backgrounds. One of the many cultures on campus are people of Greek and Cypriot heritage,” Galbadis said.

“I strongly believe that having this organization will help Greek and Cypriot people grow closer to their roots. Additionally, it allows people that may not necessarily be Greek or Cypriot to learn about the rich Greek culture and explore what the Hellenic Community can offer to the Suffolk community,” he added.

“Hellenic” refers to the Greek people, culture and civilization, which are known as “Έλληνες” in the Greek language. This term has been used to describe Greeks since Classical Antiquity, when ancient Greek civilization, democracy, philosophy, mythology, literature, music, art, architecture and innovations in science and math were known as “Hellenic” or “Hellenistic.”

Although Greeks are indigenous to much of the Eastern Mediterranean including Greece and Cyprus, most of Anatolia (modern-day Turkey), and parts of Italy, Albania, Egypt and the Levant (Syria, Lebanon and Palestine), the modern usage of the word Hellenic refers to the Hellenic Republic (Greece) and the Republic of Cyprus; the only two majority Greek states since 1923.

Galbadis invites all members of the Suffolk community to join the Hellenic Students Association in celebrating the 201 year anniversary of the Greek War of Independence against the Turkish Ottoman Empire by attending the annual Greek Independence Day Parade in Boston on May 1.