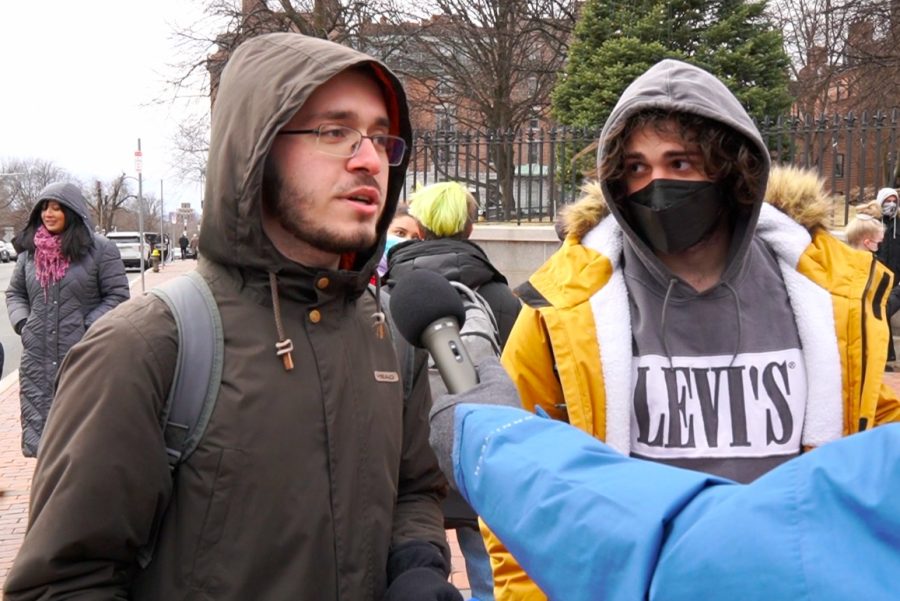 Since Russia’s invasion of Ukraine in February, protests have erupted across the world calling for an end to Russian aggression.

The invasion hit particularly close to home for many Central and Eastern Europeans, whose countries were occupied by Russia’s predecessor state, the Soviet Union, for 45 years during the Cold War.

Due to past memories of Russian aggression and occupation, the people and governments of these countries were among the first to react by sending arms and delivering humanitarian aid to Ukraine, as well as many also welcoming Ukrainian refugees.

One such country is Romania, which has a long and turbulent history with Russia. Although both countries are Eastern European and Orthodox Christian and Russia supported Romania in its war of independence against the Ottoman Empire at the end of the 19th century, relations between the two throughout the 20th century have been poor.

The Soviet Union’s invasion of Romania in 1940 during World War II and its annexation of the Moldova region from Romania, along with its 45 year occupation of Moldova and communist puppet government in Romania, have resulted in bitter relations between the two ever since.

The Soviet-backed puppet governments of Gheorghe Gheorghiu-Dej and Nicolae Ceaușescu were characterized by mass repressions against anyone who was seen as an “enemy of the state,” regardless of if they were actually political opposition or just a cultural or religious figure that went against the communist government’s narrative.

The repression Romanian civilians experienced under Ceaușescu in particular was very brutal, characterized by mass imprisonments and torture of civilians. This culminated in 1989 when Romania joined many other Eastern Bloc countries in protesting against their communist government.

Ceaușescu responded by ordering the military to open fire at the protestors, killing hundreds. This led to the protestors taking up arms and fighting back against Ceaușescu’s government, making the Romanian Revolution the only revolution in 1989 to result in violence.

Despite ousting Ceaușescu, the Transnistrian War during the fall of the Soviet Union in the 1990s made a very similar situation between Romania and Russia as in Ukraine and Russia today. Russia, after decades of attempts to politically and culturally “Russify” Moldova, invaded the ethnic Russian majority Transnistria region of Moldova, attempting to create a breakaway state.

Romanians, who consider the Moldovans as ethnically and culturally Romanian, provided military assistance and volunteer soldiers to Moldova, while Transnistria received support from the invading Russian military and thousands of Ukrainian volunteer soldiers, who were allies with the Russians at the time.

Since the recent Russian invasion of Ukraine, many Romanians are worried that the effects of the current war might spill over into their own country, given that Romania shares their northern border with Ukraine.

Lucian Panaitescu, who is a Romanian-American finance marketing and film production student at Boston University, said that although Romania is typically a country more interested in its own affairs, the Romanian government has begun to offer more support to Ukraine, as it sees Russian aggression as a potential threat.

“Historically speaking and even to this day, Romania is a very prideful and nationalistic county, and so generally we Romanians have a neutral stance regarding external affairs and choose to prioritize the issues of our own country before anything else,” Panaitescu said. “However, in this situation most if not all Romanians are supporting Ukraine over Russia.”

Panaitescu said that the Romanian government has provided political asylum, food and shelter for many Ukrainian refugees entering the country. Although he supports his country’s decision to welcome refugees from Ukraine, he also believes that refugees should be integrated into society.

“I do believe that our government deciding to accept Ukrainian refugees is the right thing to do. This is a humanitarian crisis at its core, and given that Ukraine does not have the luxury of having strong allies (like NATO) to rely on for defensive support, I believe that Romania has a moral obligation to give a helping hand to our Ukrainian neighbors,” Panaitescu said.

Regarding the comparisons made by many historians and politicians between the Cold War era and the Ukraine and Russia war, Panaitescu said that he does see some comparisons, specifically regarding Romania’s history during that time period.