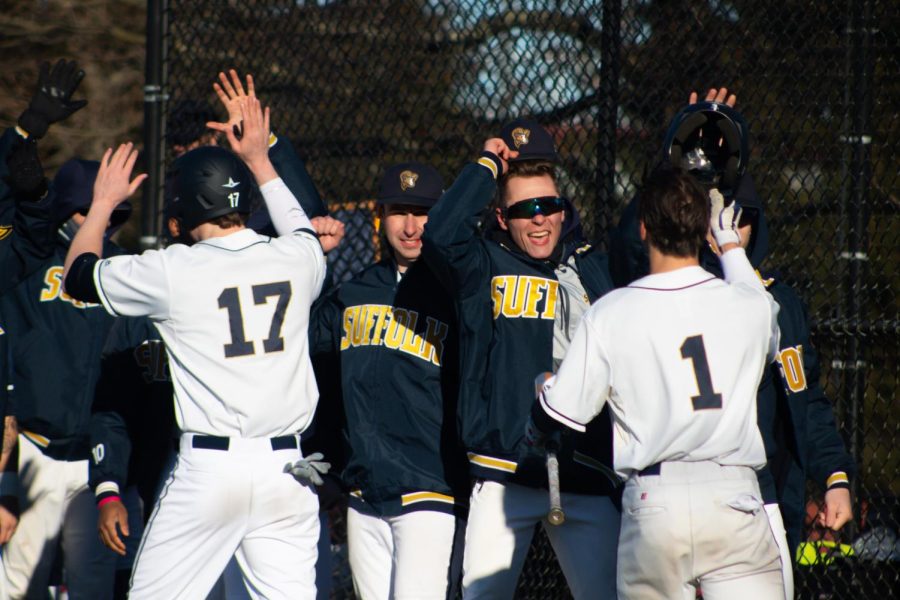 The Rams, who are starting their first full season in the CCC, looked to start the year off strong as senior pitcher Steven Rossi got the first start of the season.

“I feel very grateful to have gotten the ball on opening day,” said Rossi. “We have a ton of great pitchers on the team so I am lucky to have been given the opportunity.”

Rossi started off strong as he retired the side in the first inning and got plenty of run support in the bottom half of the inning from his offense.

The offense got things started off with back to back RBI triples from sophomore outfielder Joe Ward and senior outfielder Marc Birbiglia to give the Rams a 2-0 lead.

Suffolk was able to add another run on a RBI single from junior outfielder Luke Harder as the Rams took a 3-0 lead into the 2nd.

The Engineers were able to respond as they were able to strike three times in the top of the second to tie the game.

The Rams were able to open the game wide open in the bottom half of the 2nd as they scored eight runs to give them an 11-3 lead.

Rossi was taken out of the game and replaced by junior Shawn Nosky in the 5th inning after giving up two runs to make it an 11-5 ballgame.

Nosky was able to weather any potential rally from The Engineers as he pitched 2 ⅔ shutout innings for the Rams.

Freshman pitcher Nick Reiser came into the game to close it out, pitching two shutout innings to secure the Rams  the opening day victory.

Reiser closed it out with a strikeout in the top of the 9th, giving Suffolk a 13-6 victory.

Following the blowout win, Rossi says the team can build off of it for upcoming games and the rest of the season.

“Anytime you come out scoring 13 runs, there is a lot to feel good about,” said Rossi. “We will take the season one game at a time and keep this momentum rolling.”