Are you ‘…Ready For It?’ Taylor Swift themed club formed at Suffolk 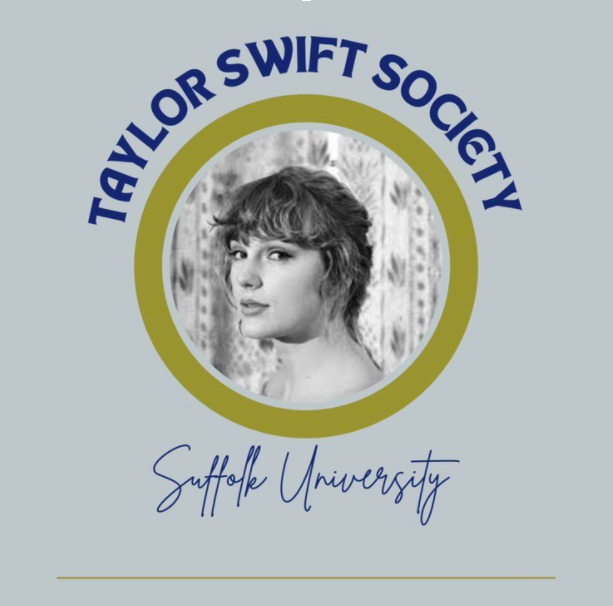 Suffolk now has a space for all Swifties at the Taylor Swift Society, which meets every Thursday during activities period.

Calling all Suffolk University Swifties, there is a new club on campus dedicated to your favorite singer and songwriter.

On March 3, the Taylor Swift Society held their first meeting where the E-Board introduced themselves to new members and discussed the future of the club.

President Alyssa McInnis said that she first came up with the idea from a friend at a different college that had a similar club. To start a club at Suffolk, all you need is at least six members and approval from the school.

“We really just wanted to create a space for anybody at all that wants to come and just talk about Taylor Swift, listen to Taylor Swift, meet other Swifties and people that have things in common with them,” said McInnis.

Zoe Rodriguez, the vice president, said she thinks the reason why Suffolk needed a club like this is because Taylor Swift has “something for everyone.”

“It’s fun, she has fun music… I think she got even more popular with ‘Folklore’ and ‘Evermore,’ that people who might not have been interested in Taylor Swift are now becoming more interested, so a lot of people would want to get involved,” said Rodriguez.

As for future plans for club meetings, the E-Board has planned out that if they have a meeting every week until the end of the semester, they can listen to a new Swift album at every meeting.

Junior Jewels is a reference to the decorated T-shirt, Swift wears in her 2009 music video  “You Belong With Me,” and since then has been a shirt many Swifties like to replicate.

The club also has approval to book Modern Theatre next semester for a movie night.

One unique aspect of this club Rodriguez brought up was the idea of doing a book club based on books that Taylor Swift has previously recommended, as well as possible listening parties for any new music Swift could release in the future.

“We are very excited, and we definitely want to hear if anyone else has any ideas. We want to hear all of it, and do what everyone wants to do,” said McInnis.

The biggest thing McInnis wants to stress is the club “is a safe space for anyone who wants to come talk about Taylor Swift. That is what we are here for. It’s anyone’s club who wants to be here.”

Swifties, new and old, are welcomed to join the club.

“You don’t have to be some crazy conspiracy theorist, like we might be. Anybody can come, you could have heard ‘You Belong With Me’ once on the radio years ago and thought it was cool, please come and join us,” said Rodriguez.

Rodriquez, McInnis and secretary Brandi Chenard have been Swifties for years, but treasurer Nadia Abouchanab has recently joined the fandom.

“These three have been fans since they were little, but I’m a recent fan. I’m new to the Taylor Swift fandom, so don’t feel out of place,” said Abouchanab.