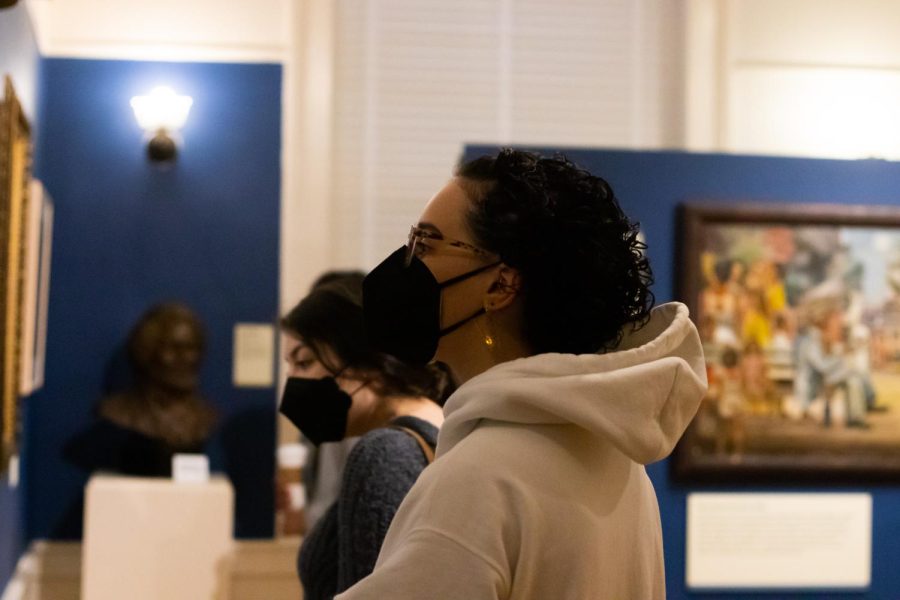 Suffolk University’s Black Student Union brought students on a trip to the Museum of African American History in Beacon Hill last week to learn more about Black history in Boston.

The museum is just a five-minute walk away from the Sawyer building, and students were able to sign up for three time slots for walking tours on Feb. 16.

The trip included a walk to the museum on Beacon Hill, a tour of the African Meeting House and an informational lecture from Tobias Major, the museum’s site manager.

The Museum of African American History is the largest museum dedicated to preserving and interpreting the contributions of Black Americans in the United States. Leon Wilson, president and CEO of the museum, said the goal is to truthfully tell American history.

“Preserving and teaching this history is part of the ongoing fight for social change and justice,” Wilson said in a statement on the museum’s website. “The necessary work of sharing these stories gives important context to our present challenges and for a more hopeful future.”

There are two buildings owned by the museum on Beacon Hill: the African Meeting House and the Abiel Smith School.

The African Meeting House, which opened in 1806 and is the oldest Black church site still standing in America, was declared a National Historic Site in 1974. It has a rich history of being a space for Black people in Boston, functioning as a school, church and gathering place for prominent leaders, such as Fredrick Douglass, during the abolitionist movement.

Visitors viewed photographs, paintings and newspaper clippings at the museum detailing Black people’s role in American history and their history in Boston.

The museum tells the stories of enslaved people who arrived in the city from the Middle Passage in the 17th century and the Black musicians who took Boston’s jazz scene by storm in the 20th century. It showcases photography and paintings by Black artists and displays the overall triumphs and tribulations of the Black community in Boston.

One of the Black artists featured in the museum, Hamilton Sutton Smith (1857-1928), photographed portraits of himself and his family in Boston during his life.

The museum also has clippings from The Liberator, an abolitionist newspaper published in Boston between 1832 and 1865. The publisher of The Liberator, William Lloyd Garrison, was a journalist and abolitionist who helped found the New England Anti-Slavery Society, which had its first meeting in the African Meeting House.

In the African Meeting House, Major explained the history of the building, which in addition to its functions as a space for the Black community, acted as a synagogue from the late 19th century to 1972. He spoke about the museum’s philosophy and what he hopes the museum inspires in Boston.

“The museum is always trying to highlight the accomplishments and achievements of the Black community, especially on a local level,” said Major.

Major added that prior to Beacon Hill’s gentrification, the neighborhood was primarily composed of Black and immigrant families.

Jair Ayalas, a member of BSU’s Outreach Committee, attended the museum trip and said the purpose of Black History Month should go beyond February.

“We shouldn’t just focus on one month. [Black History] is a topic that should be coming up every month and every day,” said Ayalas.The Museum of African American History is located at Joy Street on Beacon Hill. Tickets are required in advance and can be purchased on the museum’s website.