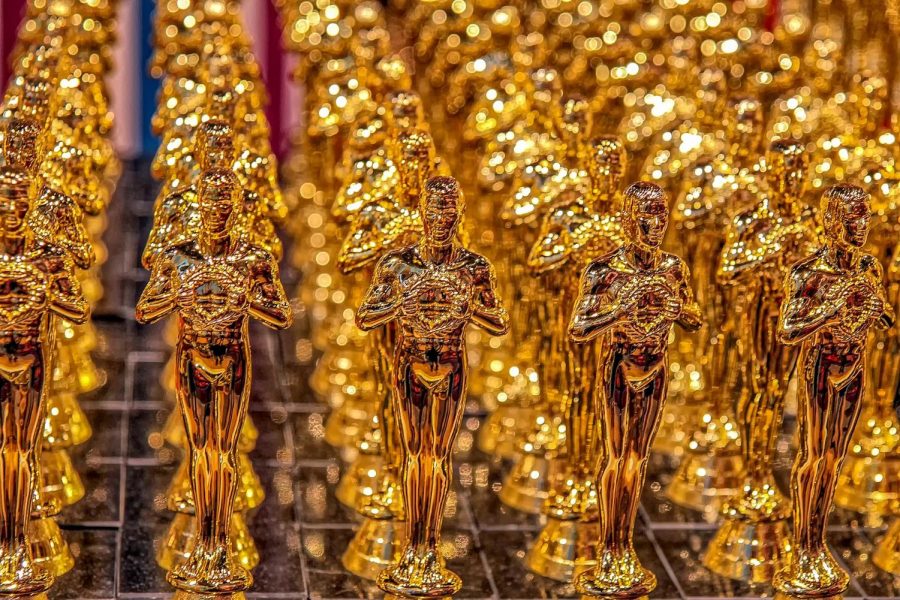 Nominations for the 2022 Academy Awards were announced Feb. 8, causing great debate over who was snubbed or over-nominated.

The Academy announced their 2022 Oscar nominations on Feb. 8, and I have a few words.

In the past decade, The Academy has been accused of being “outdated,” “out-of-touch” and downright “useless” by audiences, who believe the awards show is just a way for Hollywood’s darlings and veterans to flaunt their self-righteousness with a gold statue.

The awards group is still trying to find a way to connect more with viewers at home while still maintaining the image of being a mecca for film awards. Did this year’s nominations achieve this goal? Let’s see.

Notably, this year has been the year of “firsts” for a few nominees. Kirsten Dunst and Jesse Plemons are the first couple to be nominated for Best Actor and Actress in a Supporting Role in the same year.

Kristen Stewart, after years of high criticism for her acting, has nabbed a nom for Best Actress for her role in “Spencer,” while Ryusuke Hamaguchi for “Drive My Car,” is the first Japanese director to be nominated in this category since 1986. Additionally, industry veteran Jane Campion became the first woman to be nominated for Best Director twice.

However, Campion was the only female director nominated this year. Alongside her are Steven Speilberg for “West Side Story,” Paul Thomas Anderson for “Licorice Pizza” and Kenneth Branagh for ”Belfast.”

The Best Actress in a Leading Role is filled with talent, with Jessica Chastain nominated for “The Eyes of Tammy Faye,” Olivia Colman for “The Lost Daughter,” Penelope Cruz for “Parallel Mothers,” Nicole Kidman for “Being the Ricardos” and Kristen Stewart for “Spencer.”

This awards season will definitely be Stewart’s, as her online fanbase helped her trend numerous times after The Academy released their nomination list. The “Twilight” star seems to have finally gained the respect of critics after being criticized for previous performances. Snagging the iconic gold statue will prove to everyone that a few poor performances doesn’t equate to being a poor actor.

The Best Actor category includes Javier Bardem for “Being the Ricardos,” Benedict Cumberbatch for “The Power of the Dog,” Andrew Garfield for “Tick, Tick… Boom!,” Will Smith for “King Richard” and Denzel Washington for “The Tragedy of Macbeth.”

Many see Smith taking home the gold after years of trying and campaigning. The role of Richard Williams helped Smith shine in a way audiences hadn’t seen from him before and showed his talent for dramatic acting.

Dame Judi Dench, Jessie Buckley, Ariana DeBose, Kirsten Dunst and Aunjanue Ellis are among the actresses nominated for supporting roles. This will be DeBose, Dunst and Ellis’ first nominations, and it’ll be hard to guess who will nab the gold this year. Ellis’ performance in “King Richard” as Brandi Williams proved that she’s an actress to keep an eye on in the upcoming years.

It wouldn’t be an Oscar nomination breakdown without talking about who’s missing in the categories:

Haim, a member of the popular musical trio, Haim, alongside her sisters, made quite the impression with audiences and critics. It’s unfortunate The Academy didn’t give her a nod this year. But, based on her performance in her debut, this won’t be the last time we see Haim on the big screen.

Bizarrely, Lady Gaga wasn’t nominated for Best Actress this year. Gaga, who was the most talked about in last year’s movie season for her portrayal as Patrizia Reggiani in “House of Gucci,” was completely shut out.

I would doubtfully imply that The Academy couldn’t look past the film’s historical inaccuracy, but that hasn’t stopped them from nominating other inaccurate films before “House of Gucci” like 2019’s “Little Women.”

However, if Lady Gaga continues to act as passionately as she has these past few years, we’ll definitely see her nominated again in the future.

“The French Dispatch” was embarrassingly shut out of this Oscar season, receiving zero nominations. This put a bad taste in the film community’s mouth because of its star-studded cast,  intricate set design, detailed script from Wes Anderson and rich costume design.

This film was made in the signature Anderson style audiences know and love, so it begs the question why didn’t it score any nominations? Your guess is as good as mine.

Though this year’s Oscar nominations didn’t put a dent in expectations, they didn’t go above and beyond either. Hopefully, with new nominees, easing COVID-19 restrictions and a small dose of fan-favorite films added to the mix, the Oscars ceremony, airing on March 27, will see more viewers and less controversy than last year’s.