‘The Fallout’ tackles the reality of grief and redefining yourself 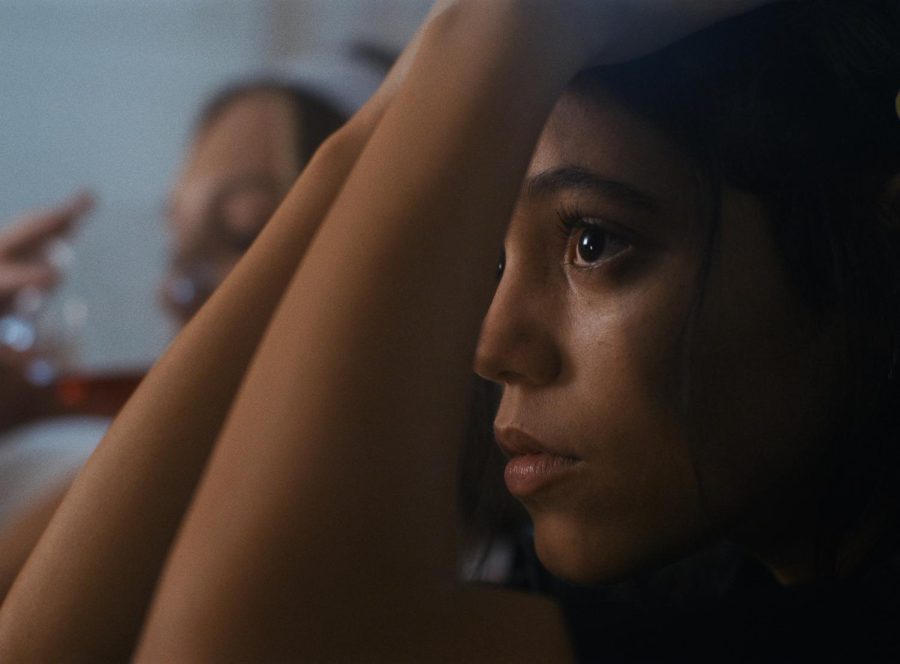 In a time when many films revolving around tragedy are premiering, a new release stands out from the crowd.

“The Fallout,” directed by Megan Park, is an unexpected hit on HBO Max, which captures the relationship between two teenage girls as they deal with the aftermath of a school shooting.

Vada (Jenna Ortega) and Mia (Maddie Ziegler) form a connection when they hide from a school shooting in their high school bathroom. Mia is the typical popular girl at school giving off a superficial persona, who, seconds before their lives took a turn for the worst, was applying heavy contour in the bathroom. Contrastingly, there is Vada, an introverted student who cares deeply for her younger sister, Amelia (Lumi Pollack).

The two characters cannot be any more different until this tragedy and the emotional fallout from it bonds them together.

Many films tend to portray “sob-story” ways you can deal with grief and tragic circumstances, but “The Fallout” is the most accurate portrayal of teens seen in a long time. The heavy subjects were handled with care, but the characters still behaved like TikTok-obsessed young adults, keeping the movie relevant to this day and age.

Park includes hook-up moments, hungover characters and the occasional blunt because after all, that is how teenagers cope even in the face of sorrow. Movies about teenagers can result in very cliche moments, especially when the writers are middle-aged, but each scene felt very real in an era of social media.

One example seen in the film is when Mia replied “I heard he passed away *crying emoji*” when Vada asked about one of their classmates. You never know how one might react to a tragedy until it happens. Yes, this text exchange was oozing with cringe, but still felt weirdly honest.

In another scene, Vada takes ecstasy to cope, which results in a euphoric high of Vada awkwardly trekking down the school stairwell. This moment mimicked a similar situation in “The Wolf of Wall Street.” Vada may make questionable decisions, but her actions remain valid. Grief looks different for everyone.

Hollywood is flooded with movies about mass shootings, which reflects an unfortunate reality about America today. There are many different ways to frame a movie about this heavy subject, and films are usually set entirely in the moment of the tragedy or its aftermath.

Similar films like Gus Van Sant’s “Elephant” take place on the day of the shooting and the weirdly-camp “Vox Lux” is about a musical prodigy who survives a school shooting. Though these two movies are gruesome and jolting with their scenes, “The Fallout” is different with its character-driven story about redefining yourself.

Going into this movie, one may be skeptical about the opening scene of the shooting, but one of the defining factors in “The Fallout” is the focus on the relationships formed and reshaped rather than on the event itself. It’s not overly dramatized with shock value, but instead, it has its heartfelt moments balanced with raw teenage emotions.

The performances in this film, especially by Ortega, also make it special. Ortega, who originally got her start on Disney Channel, is a breakout star. It is clear that this is her year to shine as she stars in other upcoming movie releases such as “Scream” and “X.”

A movie about such a sensitive topic can be difficult to write and direct, but Park captured every character’s emotions so well. Everyone processes trauma differently and it’s never one-dimensional. While the movie’s focus fell more on Vada, viewers were able to feel empathetic toward multiple characters.

The ending of “The Fallout” is a powerful, yet sobering reality of Vada receiving a text notification alerting another school shooting across the country. It is at that moment Vada finally succumbs to the height of her emotions, realizing this cycle of grief is never truly over.