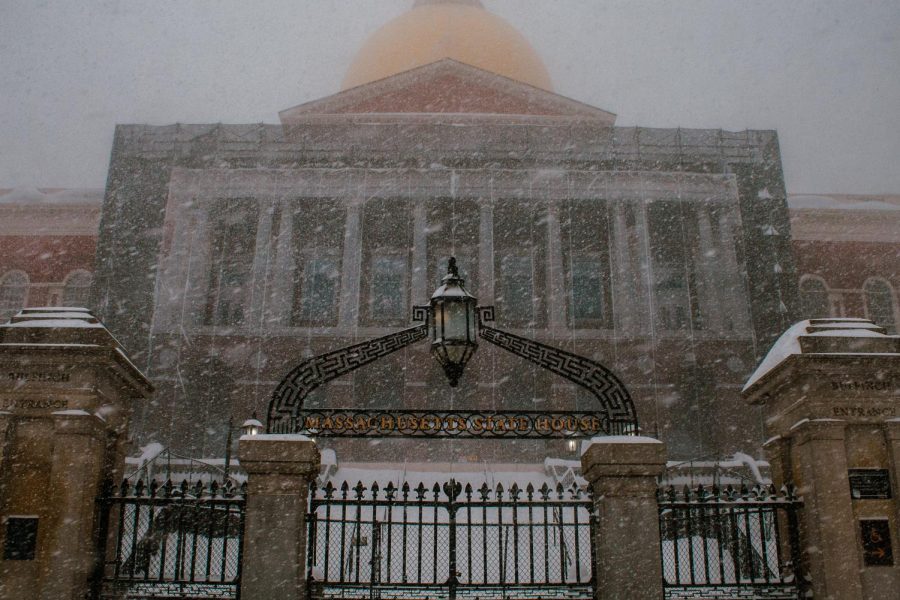 The Massachusetts State House during the snowstorm Saturday.

It looks like 2022 will be an eventful year for Massachusetts and national politics, as gubernatorial elections are steadily approaching and Democrats now have the opportunity to appoint a new justice to the Supreme Court.

Justice Stephen Breyer formally announced his retirement from the Supreme Court on Jan. 27, after serving more than two decades as a prominent centrist liberal justice.

Breyer’s retirement gives President Joe Biden the chance to name a new justice to the court, which is currently in a 6-3 conservative majority. Breyer, who is one of the court’s more liberal judges, will stay until the end of the current term.

According to NBC, Biden confirmed that he will nominate the first Black woman to the Supreme Court and plans to announce his pick by the end of February.

“I’ve made no decision except one: The person I will nominate will be somebody of extraordinary qualifications, character and integrity,” Biden said in a White House ceremony on Jan. 27. “And that person will be the first Black woman ever nominated to the United States Supreme Court. It is long overdue.”

Prominent Democrats told AP that they intend on initiating Biden’s choice for justice quickly, following the new precedent set under the confirmation of Justice Amy Coney Barrett. Barrett was confirmed 27 days after her Supreme Court nomination by President Donald Trump.

“President Biden’s nominee will receive a prompt hearing in the Senate Judiciary Committee, and will be considered and confirmed by the full United States Senate with all deliberate speed,” Senate Majority Leader Chuck Schumer said in a statement.

In Massachusetts, the 2022 governor’s election has begun to heat up, with Governor Charlie Baker announcing his retirement after serving two terms.

Baker announced in December that he will not seek re-election for a third term, reported Politico, claiming that a campaign would be a distraction from COVID-19 recovery.

“If we were to run, it would be a distraction that would potentially get in the way of many of the things we should be working on for everyone in Massachusetts. We want to focus on recovery, not on the grudge matches political campaigns can devolve into,” Baker and Lt. Gov. Karyn Polito, who also will not seek re-election, said in a joint statement.

Baker delivered his final State of the Commonwealth address Jan. 25, during which he released plans for tax breaks and urged lawmakers to vote on public safety bills, reported Boston.com.

After Baker’s announcement, several candidates have jumped into the race. Massachusetts Attorney General Maura Healey announced Jan. 20 that she will be running, and has become a prominent Democratic candidate.

“I’ve stood with you as the people’s lawyer, and now I’m running to be your governor to bring us together and come back stronger than ever,” Healey said in her announcement video.

According to the Boston Globe, climate change will be a hot topic in this election. Massachusetts State Senator Sonia Chang-Díaz and Harvard Professor Danielle Allen, two other prominent Democrats who have announced their candidacy, both released extensive climate change plans that promise to bring green energy to Massachusetts.

Chris Doughty, a Wrentham businessman, and Geoff Diehl, a former Massachusetts State Representative, are the only Republicans who have announced their campaign so far.