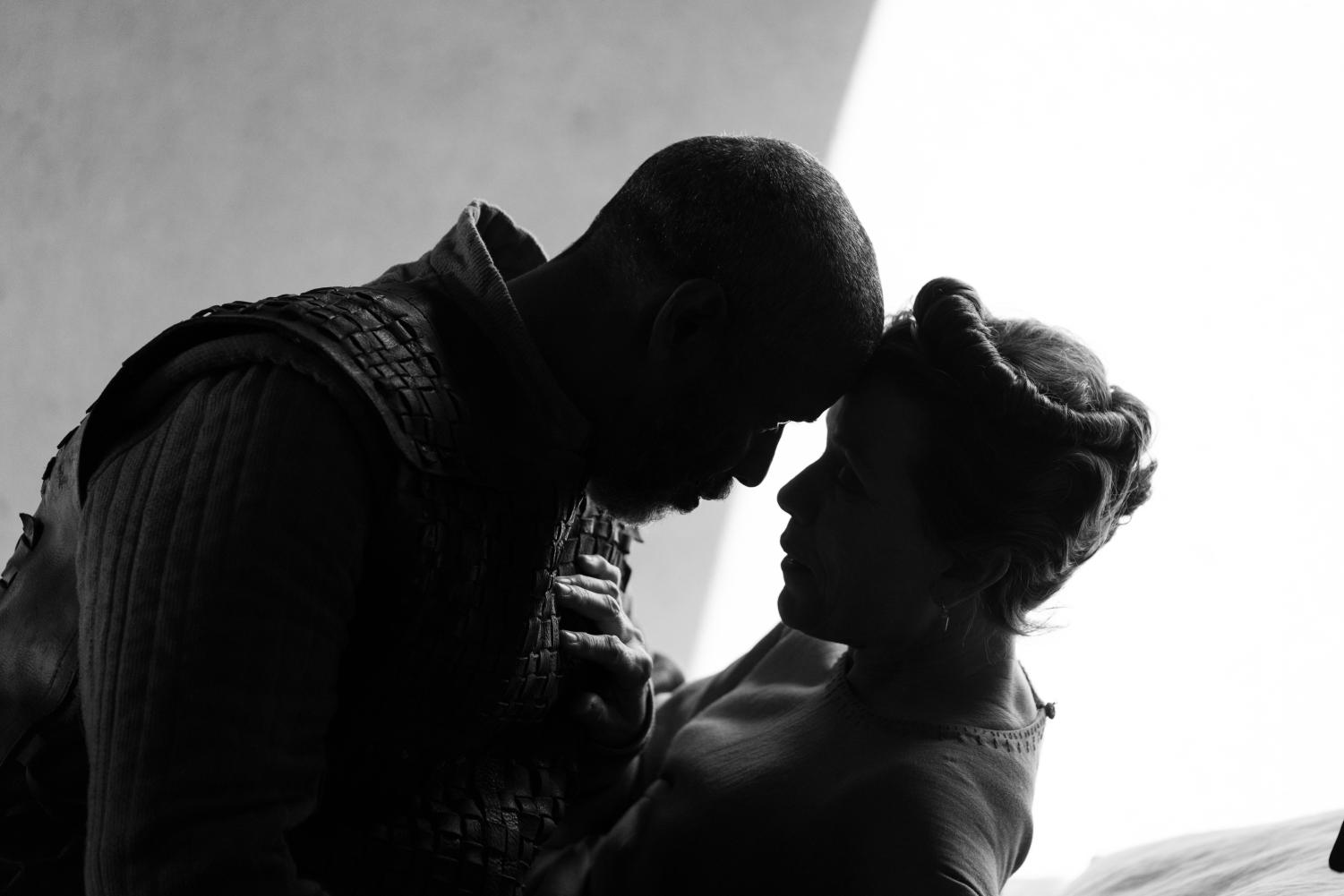 Denzel Washington and Frances McDormand in A24’s “The Tragedy of Macbeth.”

‘Tragedy of Macbeth’ is a cinematography masterclass

Joel Coen, one of the Coen brothers and known for films such as “Fargo,” “The Big Lebowski” and “No Country for Old Men,” has embarked on his first solo directorial debut, at A24, with “The Tragedy of Macbeth.”

This iteration of the timeless play drops many of the common practices of Shakespeare adaptations in recent years. Instead of reworking the source material as a modern tale, or in a different locale, Coen focuses on creating the play authentically on the screen.

“Macbeth,” a play by William Shakespeare that was first performed in 1606 and formally published in 1623, has become a monumental literary text that continues to be researched and reimagined.

The plot centers around the titular Scottish general, who receives a premonition from three witches that he is destined to be King of Scotland. This leads him on a hallucinogenic and violent ascent to the crown, perpetuated by the encouragement of his wife.

The famed play has seen several other references and iterations throughout the history of cinema. Most notable are authentic adaptations such as Orson Welles’ 1948 adaptation, Roman Polanski’s 1971 adaptation, and most notably, Akira Kurosawa’s reimagined samurai classic “Throne of Blood” (1957).

These film giants command compelling performances, with Washington giving a particularly noteworthy performance. However, with the source material being derived verbatim, the performances in this film have little room for much interpretation.

Thus, Washington and McDormand are wonderful but are also reduced to seasoned actors doing Shakespeare.

While Coen’s new film is derived entirely from the source material, his incredible direction flourishes in the visual language of the film.

The film adopts a 1.37:1 aspect ratio – also known as academy ratio – which fills a centered square shape, with black bars on the left and right of the image. The film is completely in black and white.

While “The Tragedy of Macbeth” shares these specifications with other films – most recently Robert Eggers’ “The Lighthouse” (2019) – these visuals are distinctly unique; utilizing shadow, shape and depth cohesively with the black and white photography.

Coen’s decision to shoot the entirety of the film on soundstages, paired with the Arri Alexa LF equipped with Cooke S7 lenses, was a match made in cinema heaven.

This film’s greatest accomplishment is the sublime conversation created between set design, lighting and cinematography, which amount to an atmosphere and mood that stays with the viewer long after screening.

“The Tragedy of Macbeth” is a faithful adaptation, led by expert directing, fresh acting and breathtaking visuals, which make this one of modern cinema’s greatest Shakespeare adaptations.