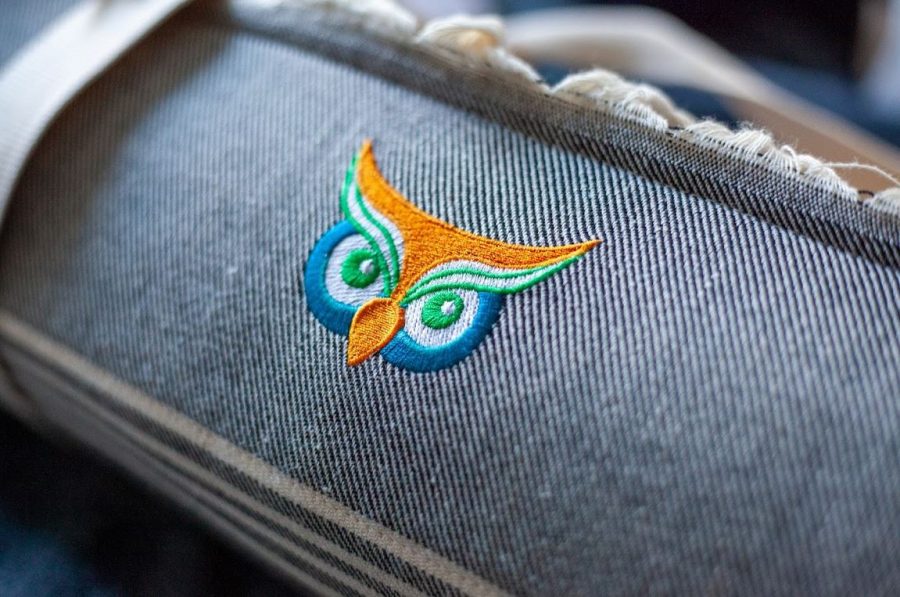 R-Yolo, which stands for Remember – You Only Live Once, is a company selling a yoga mat meant to be longer lasting and more hygienic compared to traditional mat designs.

“[Traditional yoga mat designs] are not that good,” Lee said. “Typically, you can’t really get them clean, the germs and bacteria get absorbed into the rubber because they’re very porous. They’re also made out of chemicals.”

The yoga mat made by R-Yolo is handmade out of a top layer of cotton Turkish towel, a middle layer of comfortable padding and a bottom layer of a non-slip rubber that’s often used on sailboats. The design is patent pending and has the unique feature that it is machine washable and dryable, as well as being more durable than the traditional yoga mat, Lee said.

“I feel even better about what I came up with because of the fact that you can just throw it in the washing machine and launder it and then throw it in the dryer,” Lee said. “It comes out clean and it has no odor to it.”

Lee, who is in her late 50’s and from Harvard, Mass., began working on her yoga mat idea in 2020 after sustaining injuries that kept her from continuing her normal yoga practices. She discovered an interest in yoga and Pilates around five years ago after finding out she was prediabetic.

Lee works full time for the State of Massachusetts and is currently going to grad school at Suffolk for public administration, along with running her business part time.

She discovered the entrepreneurship program at Suffolk, which she said has helped her get her business off the ground.

“I stumbled upon the entrepreneurial program at Suffolk,” Lee said. “As soon as I explored that, I was accepted into that program and have gotten unbelievable support.”

Lee entered the R-Yolo into a Suffolk Entrepreneurship competition back in April which she said she learned a lot from but did not end up winning. However, Lee’s mat design did win the 2021 Suffolk IP Pitch Competition in November.

Lee also got assistance from the university in growing her business operation and hiring a public relations/social media intern with help from Suffolk via Handshake, she said.

“I thought of the idea of hiring an intern from Suffolk,” Lee said. “I got a true gift.”

Suffolk University sophomore Grace MacDonald, who is one of The Suffolk Journal’s copy editors, majors in public relations and was one of the first candidates to apply for the job.

“I’ve really enjoyed working with her and helping her get the business off the ground,” MacDonald said.

MacDonald has been doing social media and other tasks for R-YOLO since September.

“I’m so thankful for Suffolk for providing the resources and Grace is one of them,” Lee said.

The mats are currently produced in Nashua, New Hampshire, and R-Yolo gets some of their material from a company in Plymouth, Mass.

“I do want to sustain it being made in the U.S.,” Lee said. “One of the downsides is that this is more expensive.”

However, Lee explained that the mats’ handmade craftsmanship shows when people get to see the mats in person.

Looking ahead, Lee said she’d like to license the mat to a larger company that can truly promote it.

“I do feel that this is a game changer,” Lee said. “It could ultimately replace rubber mats.”