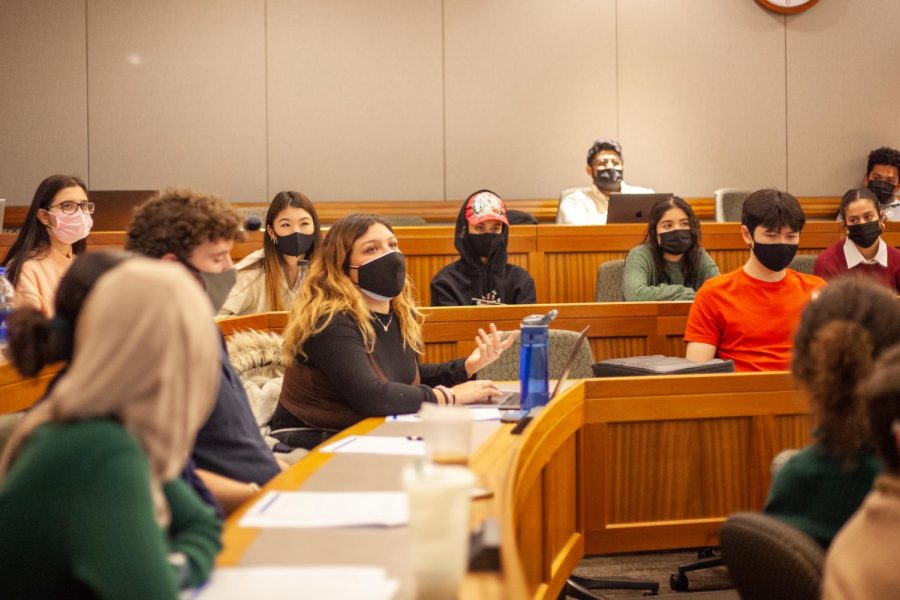 The resolution was co-written by Diversity Committee Chair Nathaly Lemus and class of 2022 Senator Noah Forgue, who presented it before the senate.

Lemus emphasized the importance of recognizing Indigenous People’s Day in a statement to The Suffolk Journal after the meeting.

“All people should feel included and welcomed, this is just a small yet huge step to enhance that experience,” Lemus said.

The resolution passed although some senators expressed disagreement with the resolution. Senator from the class of 2022 Jenna Zampitella was among those who argued against the resolution during debate.

“I’m someone who still celebrates Columbus Day. I know it’s not the most popular opinion but it is important to my Italian American heritage,” Zampitella said. “I’m not opposed to Fall Holiday… this middle ground means that we can celebrate what we want to celebrate.”

Chartwells’ Mike Edwards also spoke to SGA to give an update about dining amid student concerns during the first semester for the company on campus.