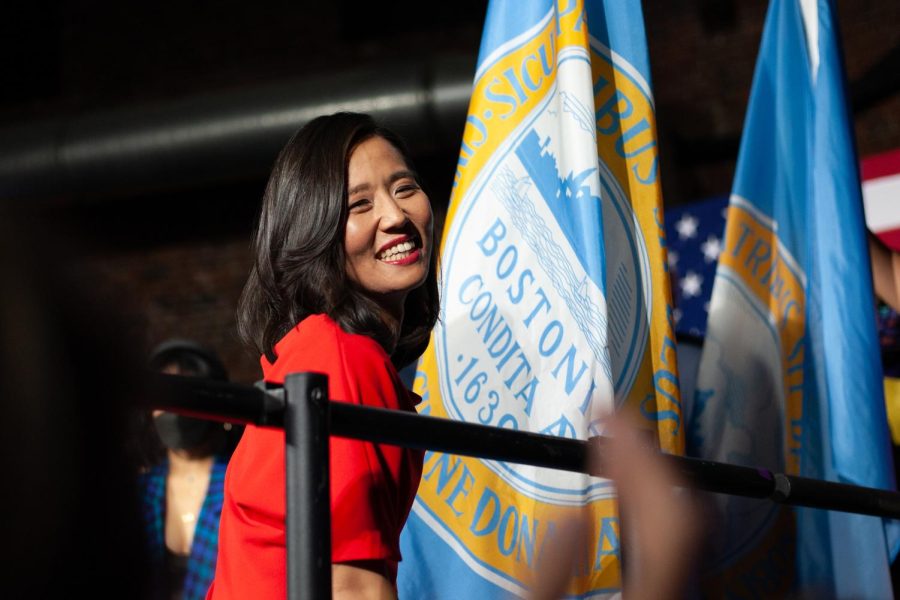 Michelle Wu was elected mayor on Nov. 1. Wu is the first woman, Asian-American and person of color to be elected as the mayor of Boston — a huge shift for Boston politics. This is an incredible progressive step for our city and I am so happy to be here to experience this amazing change.

Our city is setting a new national standard for other cities around the country. There are not many female leaders in American politics, and a female in power is a new concept that was not always normal in the U.S. Out of the 1,621 mayors of cities with a population over 30,000, only 25.1% of those mayors are female, according to U.S. Census Population Data. In both houses of Congress, only 23.6% of our representatives are women.

When I was growing up, there was little female representation in politics that I was able to look up to until I started getting older. In 2020, Kamala Harris was elected as the first female Vice President of our country. Now, I am starting to see our country elect more women into new leadership positions. As a young woman myself, it is a wonderful, inspiring thing to see.

Going to college in a city led by a female leader is going to help me push myself to reach my goals. I feel significantly more motivated as a student who hopes to one day go into politics and also hold some type of leadership position. Seeing her be able to accomplish what women a few decades ago could never do or even attempt to do is inspiring in itself. Every single young girl in this city will admire Wu for years to come.

When I first came to Boston in 2020, we had a male mayor and a male governor. This didn’t allow for much hope for future women politicians in the city. All we had known before this election was an older, white man’s way of running our city. I did not expect I would be witnessing the first female sworn into office as the mayor of Boston only a year later. That can now change.

What Wu accomplished was unbelievable to both those who have been in the city their whole life and those who are new to the city. This change shows Boston is open to electing more than just another white male mayor in the future. Especially after the hate Asian Americans have faced over the past two years, having Wu elected is a huge statement for their community.

This is a change that I hope to see start happening at other levels of government and in other states as well. Every young female in the country needs to have an influential and powerful leader like Wu to look up to.

Since the start of Wu’s career in 2013 when she was elected as the first Asian-American woman to the Boston City Council, she has been a groundbreaking leader in our city with all she has to offer. Through her campaign, Wu has given us hope for what she will bring to this city with some ambitious, but much needed, changes to issues around Boston. Wu already has plans to create more affordable housing, better the Boston Public School system and support small businesses.

These are all things I hope to see Wu accomplish as mayor. She has already made a difference in the nation by breaking the previous election trends and becoming the first female leader of this city.