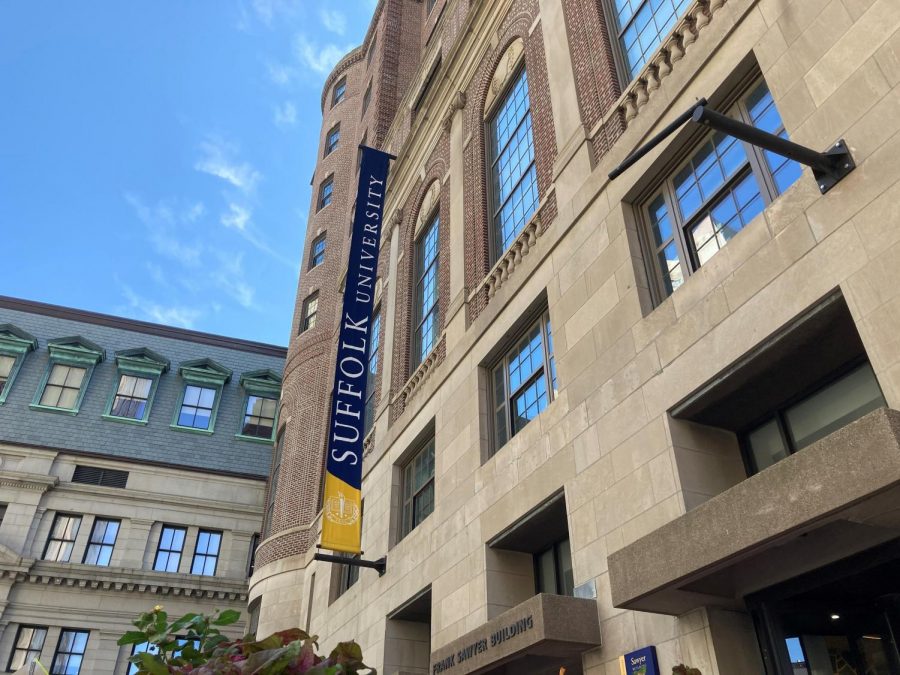 As the pandemic continues, some students at Suffolk University are concerned about the accessibility of testing results on campus and how the university communicates students’ exposure to COVID-19.

Last year, Zane Hancock, a senior studying broadcast journalism at Suffolk, lived in Boston and got tested weekly through the CoVerified App last year, which was discontinued for the fall..

“It was so easy,” Hancock said. “I’m not sure why they went away with that. It was kind of confusing when they took it away.”

While vaccinated commuter students are not required to test on campus, they may voluntarily get tested.

This year, Hancock said that he tries to test at least biweekly as a commuter student. When Hancock first tried checking for his test results, he had difficulty logging into the website.

“I initially went to CHW and I said to them, ‘hey I’m not sure how to log into this,’” said Hancock.

He said that the CHW employee told him to contact customer support for the site because Suffolk isn’t able to access login information.

“It just doesn’t make sense. I don’t know why they wouldn’t just put it on [a] Suffolk email,” he said.

Results are delivered via the Broad Institute. The platform allows for three incorrect password attempts before requiring a password reset, and uses separate credentials from Suffolk’s Outlook email. Test results are typically delivered the same evening that they were taken, according to Suffolk’s website.

Though the website for getting results is the same, Hancock said the systems were more seamless when CoVerified was implemented.

“I feel like they just made a mistake in terms of the results, and how quickly a student can get it,” he said.

The accessibility of testing results wasn’t Hancock’s only concern.

“In terms of contact tracing, it just seems not very monitored as of now,” Hancock said, comparing this year to last year.

Senior Briana Forgione is a vaccinated commuter student who isn’t required by the university to get tested regularly, but if she wants to get tested she has to fit it into her packed schedule.

“I don’t feel that there has been enough information given to [commuter students] in terms of testing, where and when it is, as well as what commuters should be doing if exposed or positive,” she said.

She also said she wasn’t made aware that someone she interacted with had COVID-19 until days later.

“Had I not known the person directly, I wouldn’t have been aware for multiple days later,” she said.

On top of that, when she went to get tested, there was a long line at the testing facility that caused her to miss a club meeting she was running.

“I was supposed to be attending my first meeting for one of the clubs I run. I decided I would need to go get tested first as that was a priority, but ended up waiting in line longer than the meeting was supposed to go,” she said.

Residential students must get tested at the testing sites housed in each of the dormitories, but commuter students need to get tested in the amenities room in 73 Tremont. Students must sign up ahead of time for an appointment.

Dean of Students Ann Coyne said in an email that any students who do not meet their weekly testing requirements could face “serious consequences,” including loss of housing or dismissal from the university.

Residential students, student-athletes and unvaccinated students are all required to participate in weekly surveillance testing or they will be restricted from campus buildings, according to the email.

Despite the feedback, both Forgione and Hancock recognized that Suffolk has done a satisfactory job keeping each other safe.

“I think overall, the Suffolk community has done a great job of keeping everyone safe and healthy. Nobody as far as I know has gotten severely impacted,” Hancock said.

“I think Suffolk is doing a great job trying to keep students safe and these comments are not to knock that, but I do feel that there should be way more transparency so that students can have a better understanding of the protocols,” Forgione said.