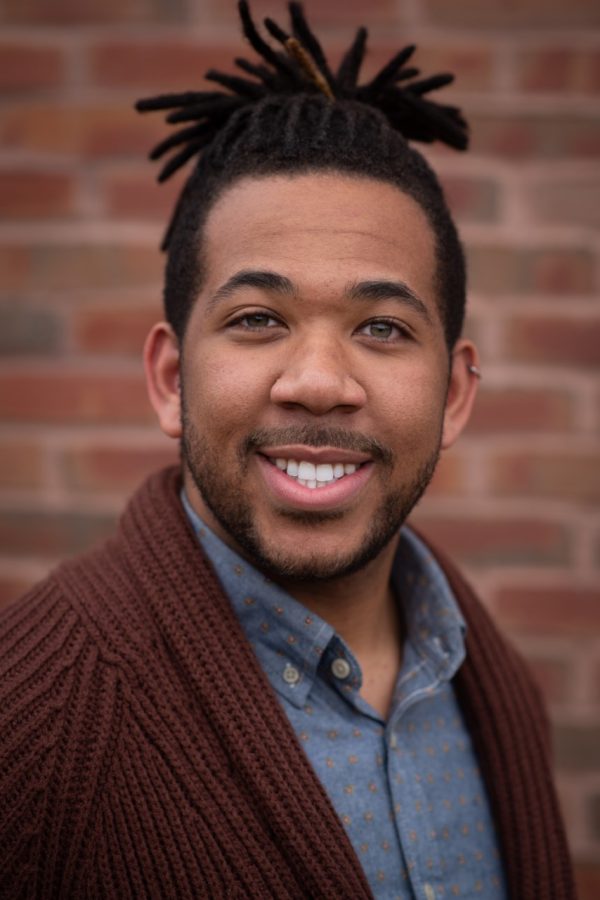 JAKE* Small, one of the newest members of the Center for Career Equity, Development and Success, is creating career readiness at Suffolk University through fairness and inclusion.

Small began working as the assistant director of career communities at Suffolk in April, when the Career Center rebranded and increased from just a few staff members to over 20. He said he was inspired by the center’s work readying students for their professions with a rebranded focus on equity for students from marginalized communities.

“We’re creating resources that are with regard to student identities and we’re opening conversations that are uplifting and highlighting some of these larger national and international conversations about race, gender, sexual orientation, etc.,” Small said.

Working in the center, Small assists students in a variety of ways, whether it is meeting with them individually or in groups, or by reaching out to faculty members and employers to create internship opportunities. He mainly focuses on students studying journalism, media and communications.

In addition to working in the center, Small is teaching a CAS-201 course this semester, where students explore the early stages of career planning, according to Suffolk’s website. Small said his passion for educating students comes from his own experience working as a young professional with marginalized identities.

“I don’t just wear my identities into the classroom, I also leverage my identities to inform the scholarship I create,” Small said.

Inspired by Queer and feminist theory, Small said his work often focuses on the intersection of being Black and Queer, two identities that he holds.

“I think it’s this amazing platform to show, for students, that representation doesn’t just mean checking a box,” he said. “It can also mean insightful new ideas that are inaccessible to anyone who doesn’t wear the same identities.”

Small reflected on the role of his identities while being a professional.

“As someone who is a Black Queer person with lots of other identities in a predominantly white industry, which is higher education, I have oftentimes been pushed into and have self-selected into being the educator for not just whatever content I’m teaching, but also these larger identities,” Small said.

Although he values the opportunity to educate others on identities, Small recognized the feeling of isolation that comes with holding different identities than his peers.

“Being the only of anything is always hard,” Small said. “Anyone who has ‘diverse’ identities then becomes the steward of that identity.”

Students who hold marginalized identities often have difficulty navigating the world of professional work. Small offered a piece of advice to those students.

“Professionalism is as much about having a strong resume and cover letter as it is about pushing back against the conservative and traditional norms that have been stacked up against people who have marginalized identities.” Small said.

*JAKE intentionally capitalizes the letters in his first name as it affirms his identity.