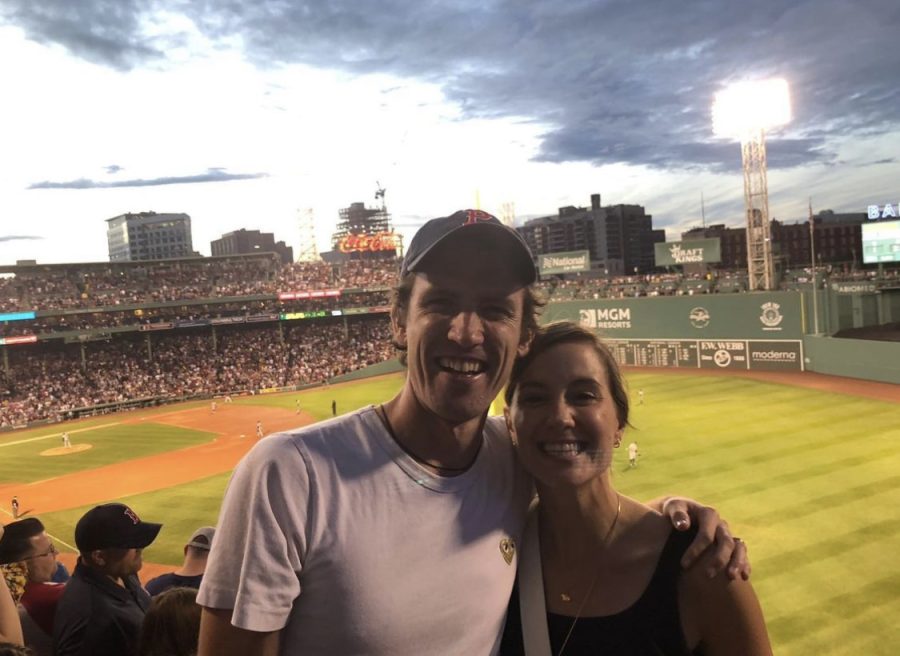 Professional athletes returning to school has become more common over the past decade, with athletes such as football quarterback Cam Newton and tennis star Venus Williams going back to college for their degrees.

Now Suffolk University has a professional athlete of its own on campus this year: runner Johnny Gregorek.

Gregorek, who was born in Seekonk, tried out for the Olympics in 2016 and 2020. He recently decided to enroll at Suffolk Law.

“Being a professional athlete isn’t something you can do your whole life, you got to eventually have a ‘real job,’ as they might call it,” Gregorek said. “Pursuing a career in law has always been another passion of mine.”

For Gregorek, returning to school and enrolling at Suffolk Law wasn’t a sudden decision, it was a return to his other passions and aspirations outside of running.

“Before I got into the whole professional running world, I wanted to go to law school and be a lawyer so it’s kind of just a continuation of a dream I’d always had,” Gregorek said.

Being a professional athlete doesn’t shield people like Gregorek from the same challenges as the typical college student, however.

“You have to find a balance between your life during the day and then coming to class and being able to stay mentally sharp at night and doing all the homework over the weekends,” Gregorek said. “At the same time, they have a really great system in place here. There’s so much support, the professors have been great. There’s really no reason to fail. It’s a challenge, but it’s what I asked for and I enjoy it.”

Gregorek, who’s been running professionally for at least 9 years, has had inspiration around him throughout his life.

“I come from a family of runners. My dad ran in the Olympics in the 1980s and a lot of my family members have been very interested in running and have been super into it my whole life,” Gregorek said.

Gregorek had some advice for aspiring runners at Suffolk who may want to start running professionally.

“Take advantage of the fact that Boston’s an awesome city for running,” Gregorek said. “I’ve only been here for a few weeks, but I have already really enjoyed running on the Charles River and I know there’s a lot of great facilities that are available to run in. I would say just take advantage of the fact that we’re in such a great city for sports.”

Although Gregorek’s Olympic dreams haven’t worked out just yet, he has no plans on abandoning them and hopes to try out again in 2024.

Even without the Olympics, Gregorek still has a long list of accomplishments.

Some of his achievements include running a mile in three minutes and 49 seconds to win the Guardian Mile in Cleveland, winning the 1500-meter silver medal at the Pan American games in Peru, and competing in the 2017 IAAF World Championships.

Last year, Gregorek set the world record for the fastest “blue jean mile,” an event where runners run a mile wearing blue jeans, with a time of 4:06.25.

Gregorek broke the record at a charity event benefiting the National Alliance on Mental Illness, in honor of his younger brother, Patrick, who passed away suddenly after a struggle with mental illness in 2019.

These blue jeans mile runs have helped raise thousands of dollars according to ASICS, who sponsors the events, for NAMI of New York City.

NAMI’s mission is to “to help families and individuals affected by mental illness build better lives through education, support, and advocacy,” according to the organization’s website, https://www.naminycmetro.org.

You can donate to the National Alliance on Mental Illness of Massachusetts at https://namimass.org/donate/