Pasión Latina returns to campus stronger than ever, despite COVID-19 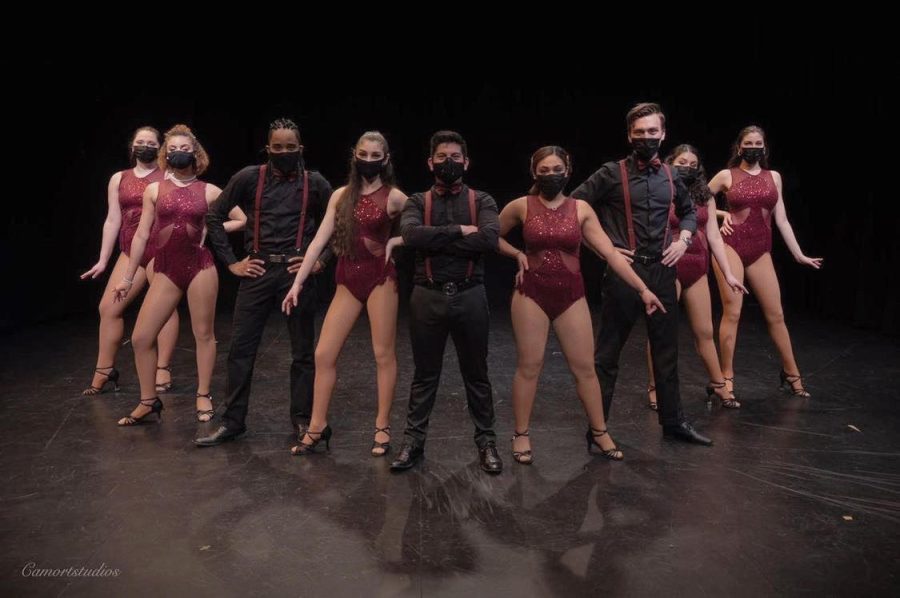 While the COVID-19 pandemic proved to be a challenging time for Pasión Latina, the Suffolk University club came back more successful than ever.

Higher numbers of members and students interested in the organization indicate the club’s success during the 2021 fall semester. However, when COVID-19 hit in March of 2020, Pasión Latina began to experience struggles.

Carla Martin, a sophomore majoring in broadcast journalism and the event coordinator for Pasión Latina, notes how much of a challenge the club was during COVID-19.

“It was different than what we had in the regular season,” said Martin. “We were dancing with specific members because we couldn’t alternate since we were trying to be safe with each other. We were minimized to have certain people in the dances and certain members to come to actual practice.”

The limitations that applied to all campus clubs throughout the university made it difficult for the organization to stay as active as they wanted to be. According to co-caption Juan Pastrana, there were no physical events that took place during the time of online classes. The club heavily relied on virtual meetings.

Celia Mendoza, secretary of the club and a junior double majoring in Spanish and sociology, was a member living on campus during the 2020-2021 school year. Mendoza describes the experience as “extremely isolating,” with having only one in-person class in each of the fall and spring semesters.

“I wasn’t going to campus that often,” said Mendoza. “But I did go to campus for practices and that was probably the best thing that I had during the pandemic. I was still able to keep a consistent schedule with Pasión Latina.”

When the university transitioned to online classes, Pasión Latina found difficulty trying to find set practice times for the club to utilize.

According to Pastrana, the organization had to compete with other campus clubs to find times that would work for everyone.

About a month of trying to assemble proper times, Pasión Latina was able to establish routine Sunday and Tuesday practices. Today, Sunday practices are from 1 p.m. to 4 p.m. where members practice choreography which can consist of merengue, bachata, etc. On Tuesdays, members work to review what they learned on Sunday.

Being back on campus has made practices much easier for Pasión Latina. For co-captain Mario Peña, being with one another with limited restrictions has made it easier for the club to stay active.

“I feel like it’s kind of a relief that we’re all back,” said Peña. “This year we had a huge turnout with tryouts and honestly it’s having us plan out more with what we can do. It’s given us so much excitement.”

Tryouts for the 2021 fall semester brought roughly 10 to 15 people in, about twice the amount the club usually sees. The club currently has 16 members, including those who hold club titles.

Angelica Acosta, Suffolk junior and public relations for the club, has been involved with Pasión Latina since her freshman year and discussed how the club is much more known today.

“My freshman year we would have never been in The Suffolk Journal,” said Acosta.

The club will be teaming up with Suffolk’s bollywood dance team, Fusion Dhamaka on Nov. 18 to perform at the annual cultural showcase. The event will take place from 6:30 p.m. to 9:30 p.m.

Pasión Latina is open to any Suffolk students who want to join the club. The organization accepts songs and dances from all cultures and does not look for strictly Latin members. Auditions are held every semester after the involvement fair. Next semester’s tryouts will look to be held between late January and early February.