Scilipoti bringing world-class talent to the rink for Rams 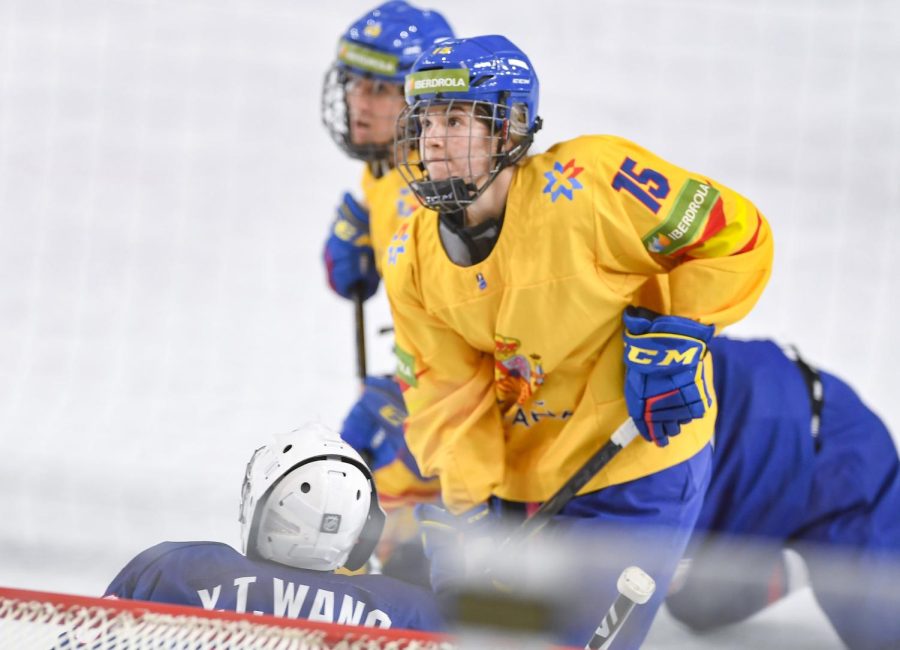 The Suffolk University women’s hockey team is adding international talent with its rookie class this season.

Sofia Scilipoti, one of the team’s new right wingers, is bringing her experience playing for the Spanish women’s national ice hockey team to the Rams this winter.

Scilipoli, who is a junior majoring in psychology, started skating at a young age and was trained as a figure skater before transferring to hockey around the age of six. Her father, who is Canadian, grew up playing hockey and taught her a lot about the game. Scilipoti developed into a top talent by the time she graduated from Loretto Abbey High School in Toronto, receiving several offers from colleges and universities in the States.

Scilipoti also received an offer to play on the Spanish national team because of the dual citizenship she holds due to her mother being Spanish. Scilipoti went to play in Madrid for S.A.D. Majadahonda in the Spanish professional women’s hockey league, Liga Nacional de Hockey Hielo Femenino after high school.

While in Spain, Scilipoli took classes at Suffolk’s Madrid campus. Scilipoti was required to play in Spain for eight months in order to be eligible to play on the national team, however due to COVID-19 she ended up staying in Spain and playing for Majadahonda for two years.

Scilipoti’s parents were able to see her play in her most recent tournament in October with the national team in Italy. The tournament was the first time in almost two years that her parents had seen her play.

“I can’t put into words how amazing it was,” Scilipoti said. “It was a total dream come true.”

The tournament was part of the qualifying process for the 2022 Winter Olympics in Beijing. Though Spain went 2-1 in the tournament, they failed to move on to the next stage of qualifying for the games.

Scilipoti did net her first international goal in the tournament, beating Kazakhstan’s keeper for the game-winning goal in a shootout in the team’s second game.

“It was a special one, for sure, helping the team win. I was crazy nervous before taking that shot,” Scilipoti said.

After two years in Spain, Scilipoti decided it was time to bring her talents to Suffolk’s Boston campus after speaking with the head coach of women’s hockey, Taylor Wasylk.

“It was always my dream to come play in the U.S.,” Scilipoti said.

Looking ahead to the next stage of her career in Boston, Scilipoti is excited to play in the U.S. and has been enjoying her time in Boston so far.

“I have high expectations for the team but I do think [they] will be met because this group of girls is special from what I’ve seen so far,” Scilipoti said.