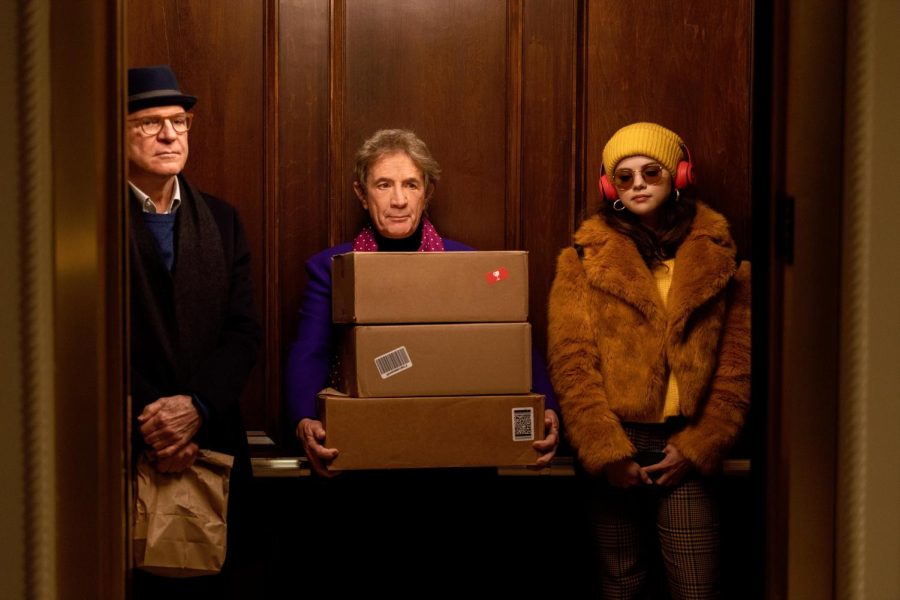 Steven Martin, Martin Short and Selena Gomez in Hulu's "Only Murders in the Building."

The first season of “Only Murders in the Building” has come to a close, and fans have finally discovered the culprit of Hulu’s whodunit.

Starring Steve Martin, Martin Short and Selena Gomez, “Only Murders in the Building” has received rave reviews from critics and audiences alike, and many fans anxiously await a second season.

The show, created by Martin and John Hoffman, is a mix between a comedy and a true-crime drama, with a steady flow of light-hearted humor that keeps the audience laughing despite the intense plotline.

The story follows a group of three tenants, played by Martin, Short and Gomez, that bond over their shared love for a popular true-crime podcast, and become amateur detectives themselves. The unlikely friends happen to be the first to discover a murdered Tim Kono, a fellow tenant in their shared apartment building. The death is originally thought to be suicide, but the trio believe differently. They begin their own investigation into the suspected murder and broadcast their findings to the world on their very own podcast.

The 10-episode season is set in the Upper East Side of New York, and the overall aesthetic of the show is beyond stunning. The music score, costuming and set design help bring to life the eccentric and eye-pleasing world of “Only Murders,” and there is a consistent thread of artistic elements woven throughout the episodes that keep the audience’s attention. The writing is that of any cheesy comedy: cheesy, but the overall character development and plot-line is well-written.

Arguably, the best thing to come out of “Only Murders” is the chemistry between the three main characters. Martin plays a retired actor, Short a failed Broadway director and Gomez a 28-year old recluse traumatized by a dark past. The unlikely group, both in terms of casting and characters within the show, delivers a convincing portrayal of strangers turned friends and engrosses the audience, making them want to solve the murder too.

The show’s 10th and final episode brings some sort of closure, but leaves the audience on a massive cliffhanger. A second season of the show was confirmed on the streaming platform’s Twitter, and will follow the three main characters as they face a new murder case, with stakes higher than they have ever been. Season two is set to begin filming by the end of 2021.