OPINION: Kyrie Irving has every right to be unvaccinated 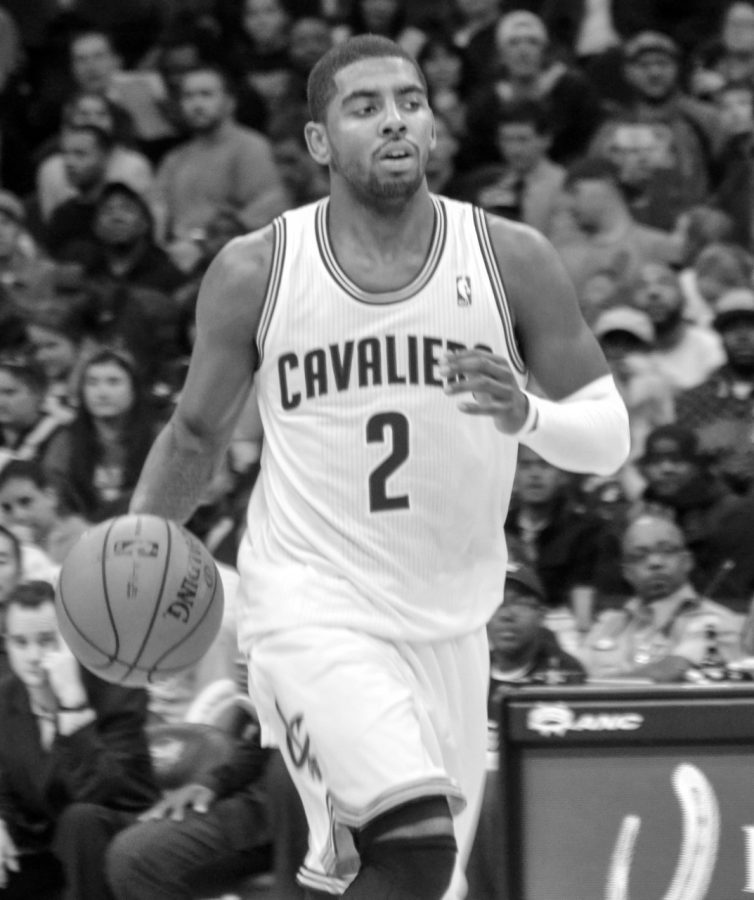 Instead of stepping up to the podium to answer questions, Kyrie Irving answered questions from his home through Zoom. Adding to the already unique circumstances was the fact that nearly all of the questions Irving was asked were not about basketball.

From the jump he was bombarded with questions about his decision not to get vaccinated and why he is a monster for doing so, which is very wrong.

I believe that Irving has every right to choose to not get vaccinated and to be as vocal or non-vocal about it as he wants.

Throughout Irving’s career, he has been known to be vocal about what he believes in and what he does not. This is why I do not think anyone was surprised to hear Irving was one of the spearheads of the anti-vaccine movement that is seemingly gaining momentum across the four major sports leagues.

Every article and headline has painted him to be some kind of monster and idiot for his stance and what he is promoting.

It is important to take a step back and look at why I support Irving and his decision.

In recent years, there has been a shift to push athletes to be vocal about issues they believe in. Multiple changes have come about since Colin Kaepernick was blacklisted by the NFL for kneeling during the National Anthem in protest of racial injustice in America.

In that time frame, many athletes have made use of their platforms to enact real change and push the agendas they see as being worthy.

So why is Irving being painted as a villain for speaking his mind about something that he is obviously very passionate about?

He stands to potentially lose up to $17 million for missing home games, so why is he still being told he should not even talk about his stance on vaccination?

Regardless of your own personal opinion on what Irving is promoting, attempting to silence him is not the answer.

If you believe what he is saying is dangerous, then letting him sink his own ship by continuing to brigade as one of the most prominent figures in the anti-vax movement is the quickest way to get the opposite message out.

Or on the other side, if you support Irving and really resonate with his message, having someone with such a big platform campaigning for you is an ideal outcome.

Irving is not the first athlete to face major backlash for standing up and fighting for what they believe in and he certainly will not be the last. This is why it is so important for Irving to not be silenced and shut down, but instead be free to take whatever stance he wants on this issue.