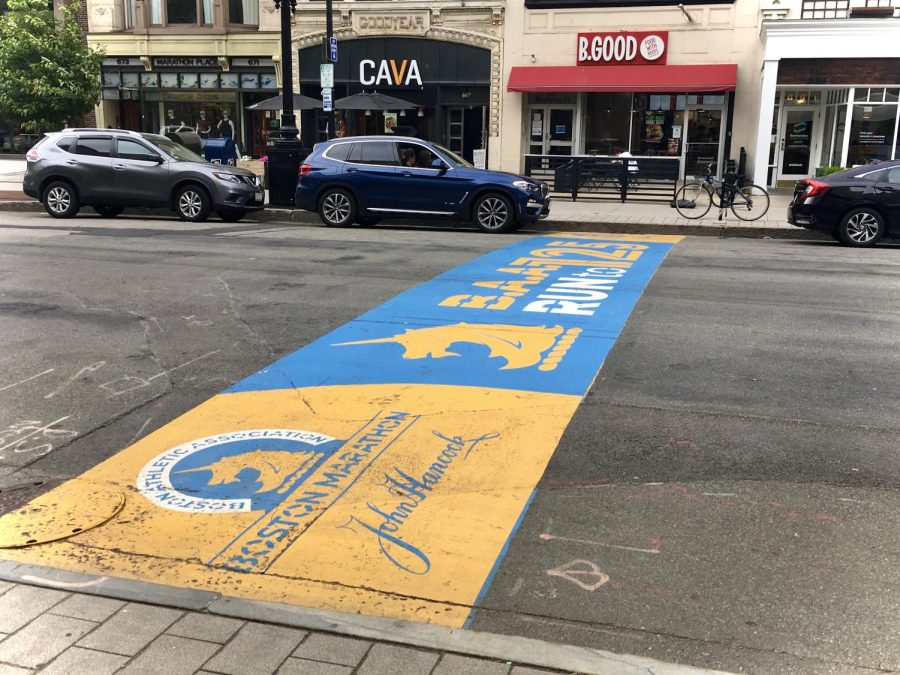 The finish line of the 125th Boston Marathon in Copley square.

Monday marked the first time in history that the Boston Marathon was hosted in the fall, after it was canceled last spring for only the second time in its 124 year history.

The closest the race has come to being canceled was in 2013. The Boston Police Department shut down the event in response to that year’s terrorist attack. The bombing, which left five people dead and injured hundreds, continues to have a lasting impact on the marathon over eight years later.

Ed Davis, who was the Boston Police Commissioner from 2006 until his resignation in 2013, was a key actor in handling the chaos that ensued following the bombing, as well as the manhunt and arrests that followed.

Under Davis’ leadership, the Boston Police have instated new safety measures, procedures and protocols which were effectively used during subsequent marathons and other large events and gatherings in the city.

“There were a number of lessons learned that day,” Davis said, reflecting on the day of the marathon attacks. “There were many strategic and tactical errors made by our department.”

Davis, who was stationed at the finish line that day, arrived a couple of hours before the elite runners were supposed to complete the race. He was responsible for securing the finish line, and was at the grand stairs in Copley Square talking to the commanders who were taking care of the preface security. At the time, pre-race safety precautions included running a security check of the course with a metal detector and bomb-sniffing dogs.

Davis recalled that most officers thought that pickpockets would be the main source of crime at the race.

“Normally our events are solved within hours or even minutes. We don’t usually deal with an incident that takes four days to resolve,” Davis said.

Just before 3 p.m. that afternoon, the marathon had been disrupted by a bone-rattling bang, which was caused by two explosive devices placed near the finish line.

The immediate effects were devastating. Three people were killed that day, 17 people lost their limbs and 264 more were hospitalized. Chaos ensued, and runners and spectators alike began to scatter everywhere.

Due to the immediate chaos, the perpetrators were able to flee the scene, prompting the Boston Police to order a halt to all public transportation, and order residents to “clear the streets” and “shelter in their homes.”

Boston Police officers had to secure the crime scene and began cutting through bags in search of more bombs. Davis, along with other members of the Boston Police as well as the FBI, were able to identify the type of bomb used at the marathon and spot the exact time and place the perpetrators put the backpacks in the trash cans.

These events are still fresh in the minds of Bostonians. The city of Boston commemorates the events each year by ringing church bells and holding a “citywide moment of silence” at 2:49 p.m., the time of the attack.

Davis explained that ever since those attacks eight years ago, “there are many new protocols put in place at the marathon. These include more surveillance, increased officer presence, better identification of blind spots and a better mapping of the course.”

In 2014, bag checks were implemented in response to the events from the year before. This policy continues to be in place today.

Additionally, on Sept. 2, the Boston Athletic Association (B.A.A.) announced they were requiring runners in the marathon “to either provide proof of vaccination or produce a negative COVID-19 test in order to participate in the fall race.”

“There will always be more we can learn from that day,” Davis said. “I feel that the Boston Police have done an outstanding job keeping the marathon safe and protected ever since, including the decision with the B.A.A. to cancel and postpone the marathon to this fall, because of the global pandemic.”

“Boston Strong” is a motto that has become synonymous with the response to the tragic events back in 2013, and has become a unifying slogan of the city ever since. It has appeared all over the city ever since the marathon was canceled due to the pandemic, leading up to the day of the race this past Monday.